Tom Peckitt has just topped-out on Amandla (Font 8b+) at Rocklands. 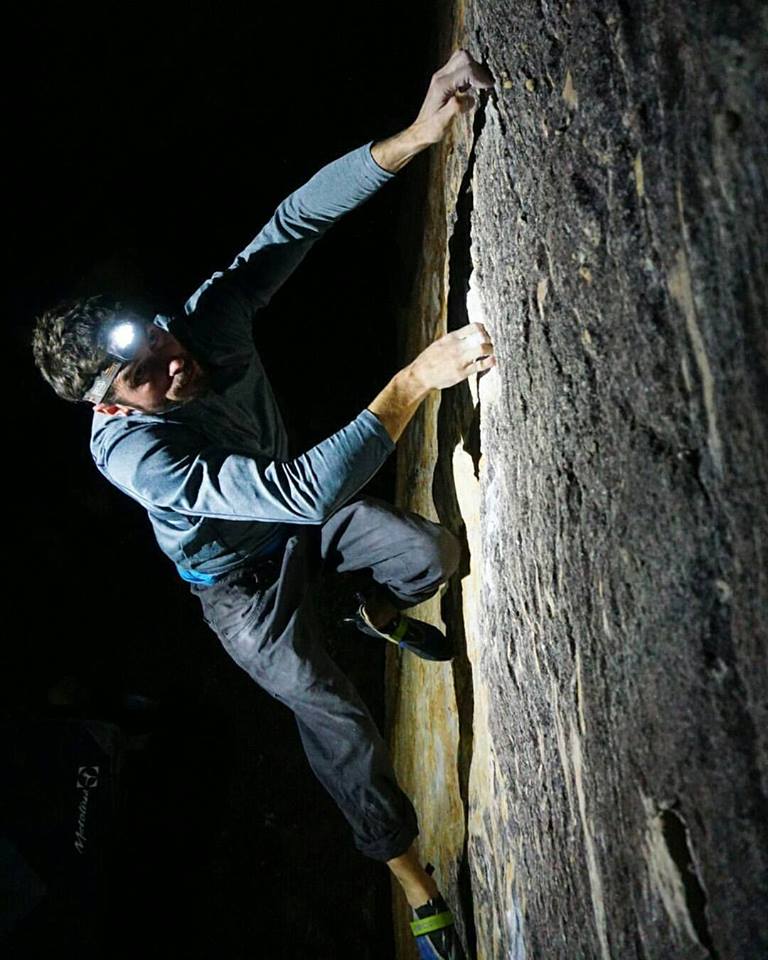 Tom, as we have reported previously – click here, was in Squamish before he hit Rocklands on his world tour.

Climbing with Joe Meiners, Tom was clearly delighted sending Amandla: “Topping out the ultra classic hard test piece 'Amandla' (8b+) was one of the most euphoric climbing experiences of my life...only to be improved by seeing my friend Joe Meiners top it out moments later. A truly special evening.”

Posting on Facebook, Tom explained that he used Fred Nicole’s original sequence which involves a razor-blade crimp: “What makes it cooler is that we both sent it using the original and seemingly seldom-used method, utilising a miniscule razor sharp crimp. Having had a few test goes on day 1 of the trip I was close to the crux and knew it was possible. I went back, infected with a cold and proceeded to drop the comparatively easy top move twice in a row. I returned again but dry fired off the razor sharp crimp, literally slicing off two of my finger tips, which put me out of climbing almost entirely for a week. Seconds before that incident I said "what's the worst that can happen", which I think provided quite a few painful laughs for my friends present”.

Tom’s is out in South Africa for another month so stay tuned for more news.