Three in Two for Pete Whittaker

Pete Whittaker has rounded of his two month long Yosemite trip by freeing his third big wall – Golden Gate  (5.13b). Tom Randall, Whittaker’s WideBoyz partner in crime, opted to support Pete rather than to try for a free ascent himself.

Judging by their latest blog, it’s clear that the normally ebullient WideBoyz fond their last adventure back onto the mighty El Cap a considerable effort; “It got hard towards the end of the trip, I guess when you’re on the wall (El Capitan) for 45% of two months it’s going to be. There is only so much Top Ramen and tinned Tuna you can consume.”

Having already done Freerider and El Corazon they’d already been on some of the climbing on Golden Gate before. However, the bulk of Golden Gate was still unseen. Pete again; “As soon as we started on the easy approach of Freeblast I could tell I was tired. We were both tired. It wasn’t ‘oh my forearms are achey’ or ‘my shoulders are tightening up’ or even a deep tired body ache. It was just general fatigue from an accumulation of climbing and living on the wall continuously for the last (nearly) two months. Just generally feeling slugglish. I knew from the beginning, (even though we’d covered a lot of the pitches before), it was going to be very challenging.” 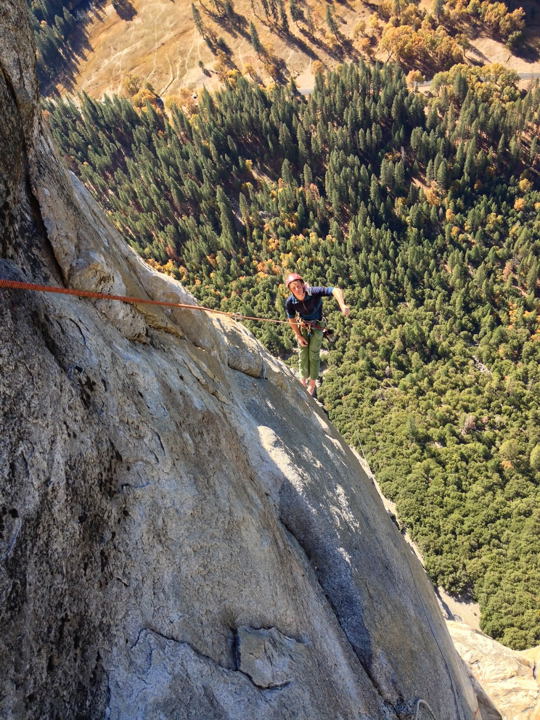 A few stand-out pitches caused specific problems – the first of which came on Day 2, the so-called ‘Downmantle’ pitch, had Pete calling and texting his mates for beta! Their third day on the wall went better, including a first redpoint of ‘The Move’ pitch which must have been particularly encouraging as this is the crux of the route. The fourth and final day was clearly a pumpfest of enormous magnitude. Pete again; “only 7 pitches to flat land, I knew I could do these pitches, it was just whether my body would let me. Only 2 13a’s were what stopped me. On Corazon these pitches had left me with no trouble whatsoever, however today was completely different. After falling off the ‘Golden Desert’ pitch I felt like a goner. Mustering up some energy for my second attempt, I scraped through the crux section by the skin of my teeth and completely boxed out my mind got every inch of rubber and skin in contact with the wall to get me to the belay. I couldn’t believe how much of a difference it was from the first time. Almost a different pitch entirely. The A5 went without any problems and I proceeded to jibber my way to the top of El Cap getting very pumped on every remaining pitch.” 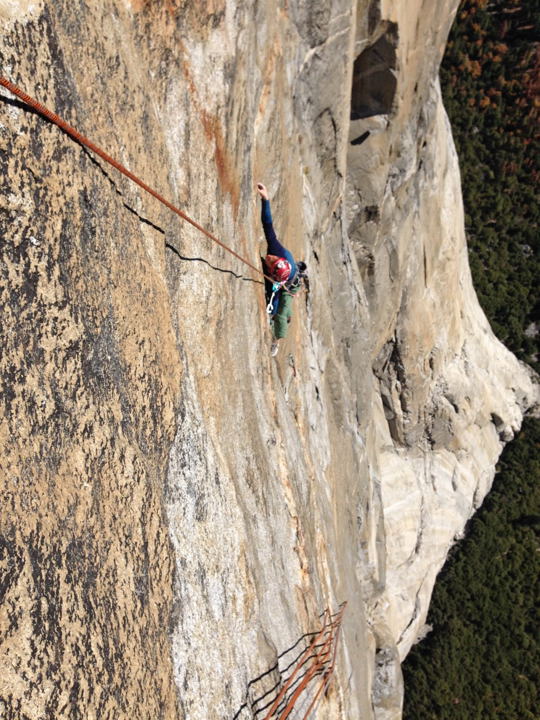 Pete working off the 'The Move'. Photo WideBoyz/Tom Randall

The Wideboyz are now back in the UK. For more about their trip and their experiences see their blog here…

To get close-up and personal with the WideBoyz check out their forthcoming lecture Beards, Bagels and Big Walls at the following venues: