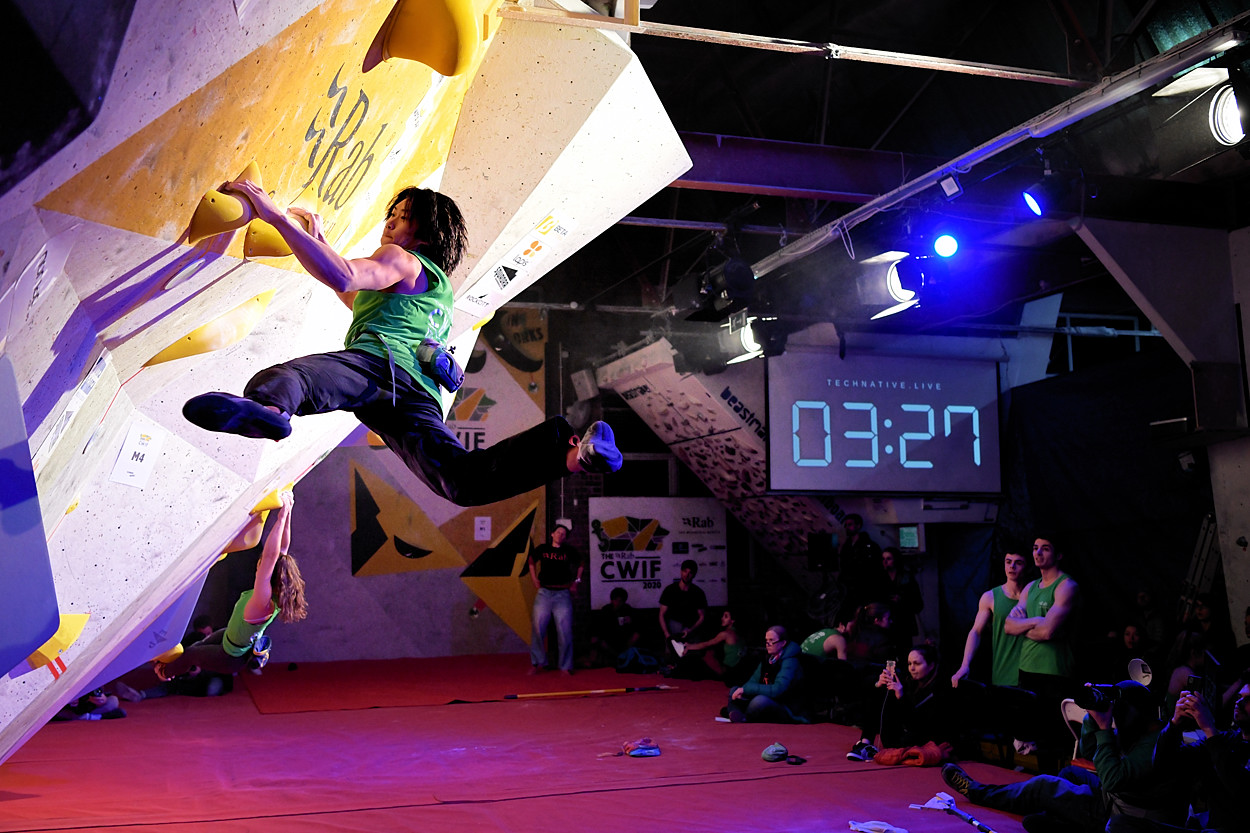 In what could prove to be one of the last international climbing competitions to be held before the Coronavirus forces a total lock-down, the 2020 CWIF went ahead over the weekend albeit without any spectators. Numerous forthcoming competitions, including the European Continental Championships which were scheduled to be held in Moscow this coming week, have – as we previously reported here – been cancelled in response to the ongoing Coronavirus pandemic.

The two-day event started on Saturday with the qualification rounds with many athletes from the Team GB squad climbing alongside no less than four confirmed Olympians.  Pressing home his recent excellent form, Billy Ridal topped the first qualification round forcing Alex Megos (USA) and Jim Pope into second and third respectively. The first round of the women’s qualification saw Holly Toothill topping the standings with Brooke Raboutou (USA) and Hannah Slaney coming in second and third behind. 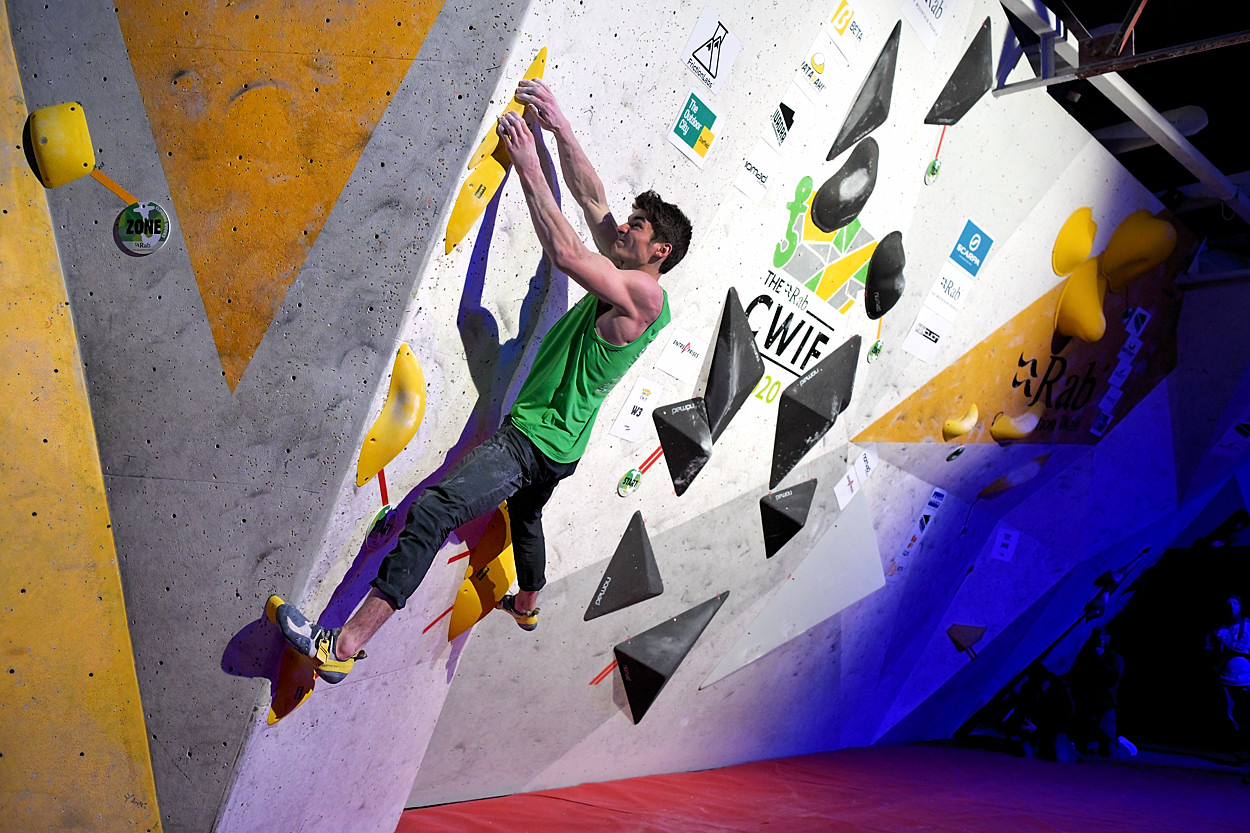 The semi-final rounds were held on Sunday morning and as ever, the blocs split the field wide-open. However, the two British Bouldering Champions, Nathan Philips and Holly Toothill, were the only athletes in either stream to top all four blocs; Nathan taking just five attempts for his four tops whilst Holly took seven. Yoshiyuki Ogata (JPN) and Billy Ridal took second and third respectively whilst the rest of the final places went to Jim Pope, Jan Hojer (GER) and Nathaniel Coleman (USA). To the surprise of many, two-time CWIF champion and Olympian Alex Megos was forced down into seventh place and hence just missed the final!  Brooke Raboutou and Molly Thompson-Smith came in second and third behind Toothill whilst Hannah Slaney (4th), Thea Cameron (5th) and Jennifer Wood (6th) also made it through to the finals. 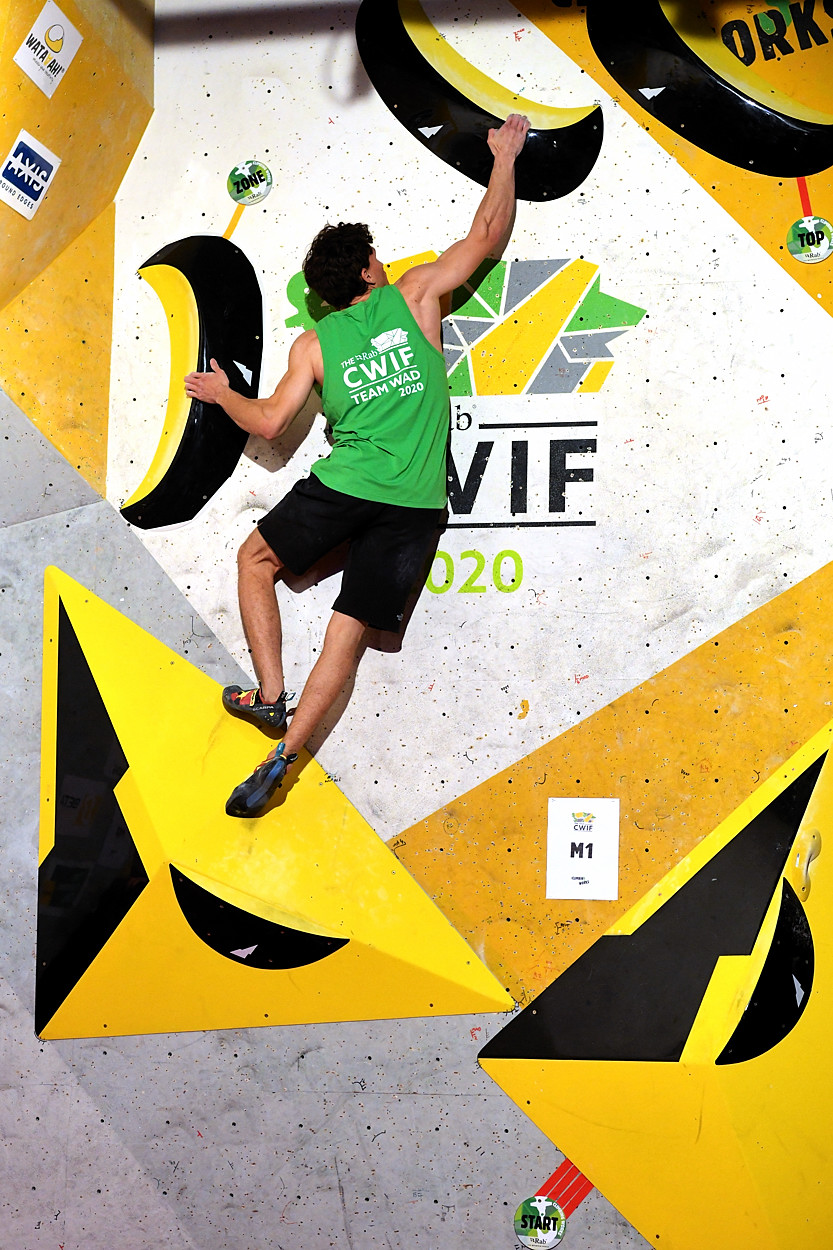 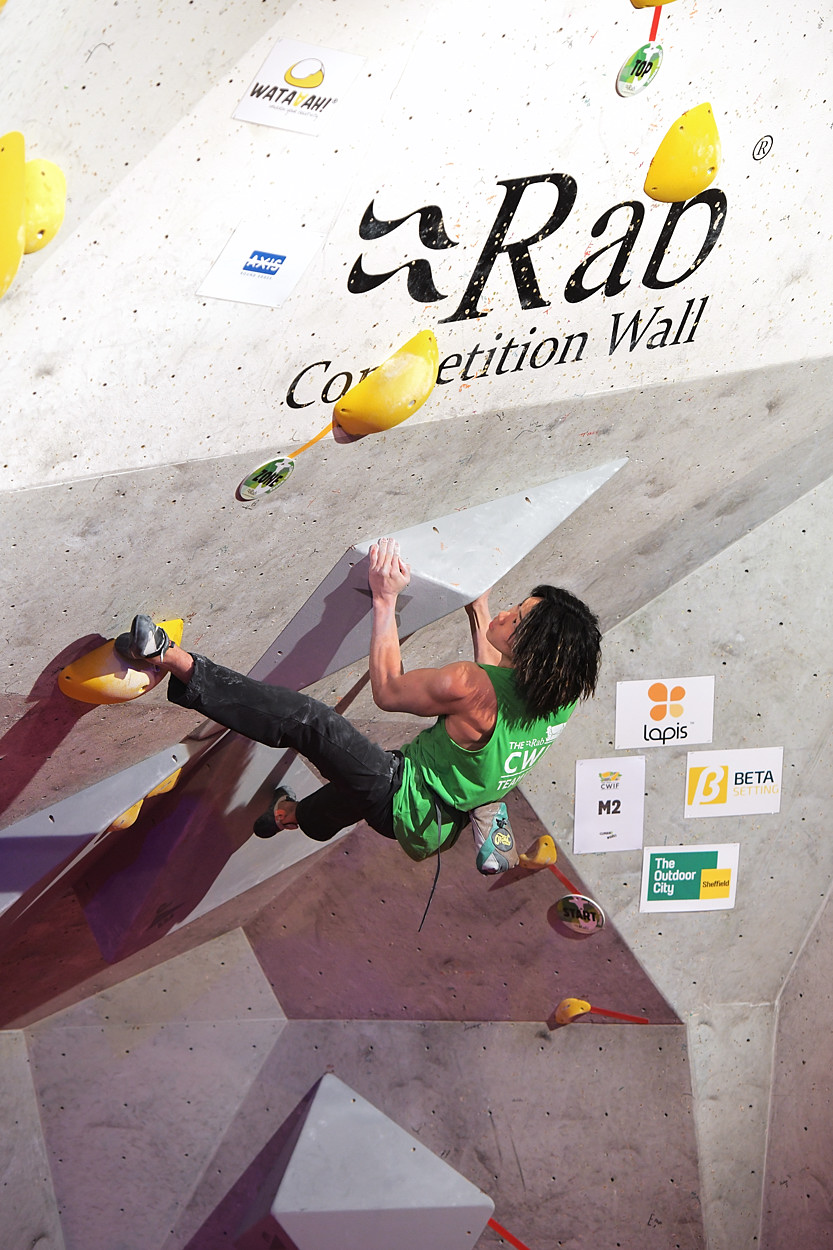 Yoshiyuki Ogata, having been denied a top by M1, flashed M2 a gnarly powerful volume-wrestling monster. Nathan Phillips also flashed M2 but the rest of the field were stopped dead in their tracks! 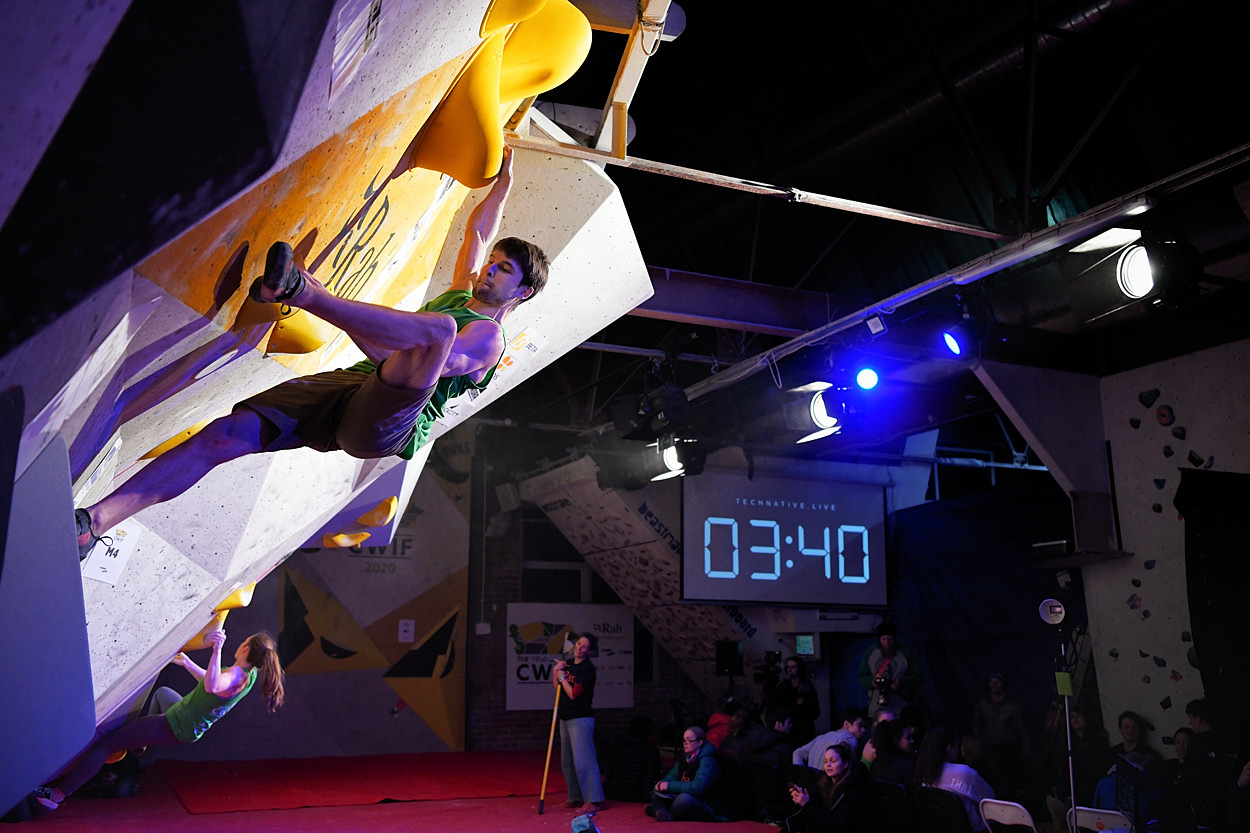 M3 united the men’s field by stopping everyone – no-one even made the zone even! Perhaps surprisingly, given Percy Bishton’s reticence regarding parlour style blocs, M4 was a real dynamic, multi-move sequence parkour beast. Impressively however, Jan Hojer prompted flashed it as though it was a warm-up; Ogata got it second go and Coleman on his fifth attempt. The British contingent of Phillips, Ridal and Pope were all decidedly shut-down however. When the scores were added up Ogota had taken the win by the slenderest of margins – just a single additional zone; Hojer come in second and Coleman third. 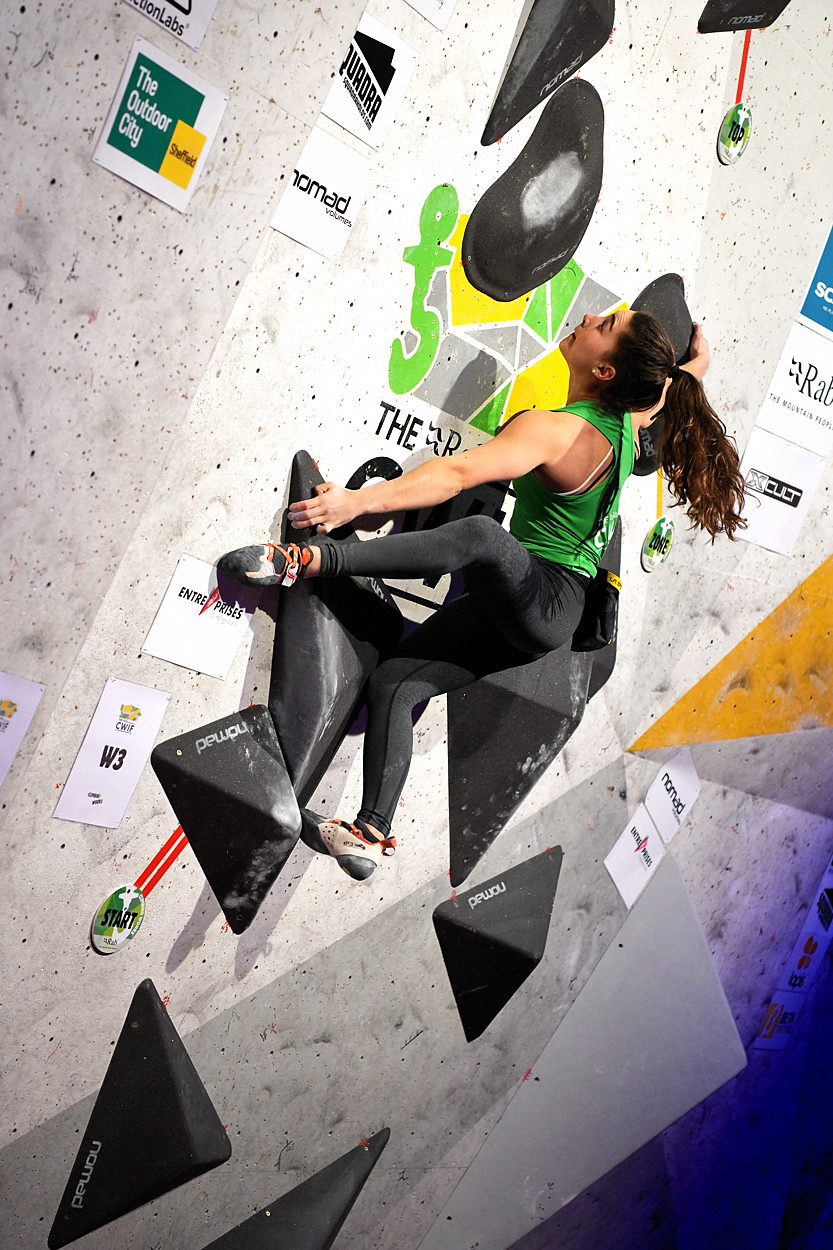 Whilst podium places eluding the British men, the British women were well-placed to scoop at least two of the three places given Brooke Raboutou was the only non-Brit in the final line-up! W1, an overhanging wall, was duly flashed by Thompson-Smith, Toothill and Raboutou to get the comp off to a flying start. The heinous slab that the setters had constructed for W2 stopped all the finalists pretty much dead in their tracks. 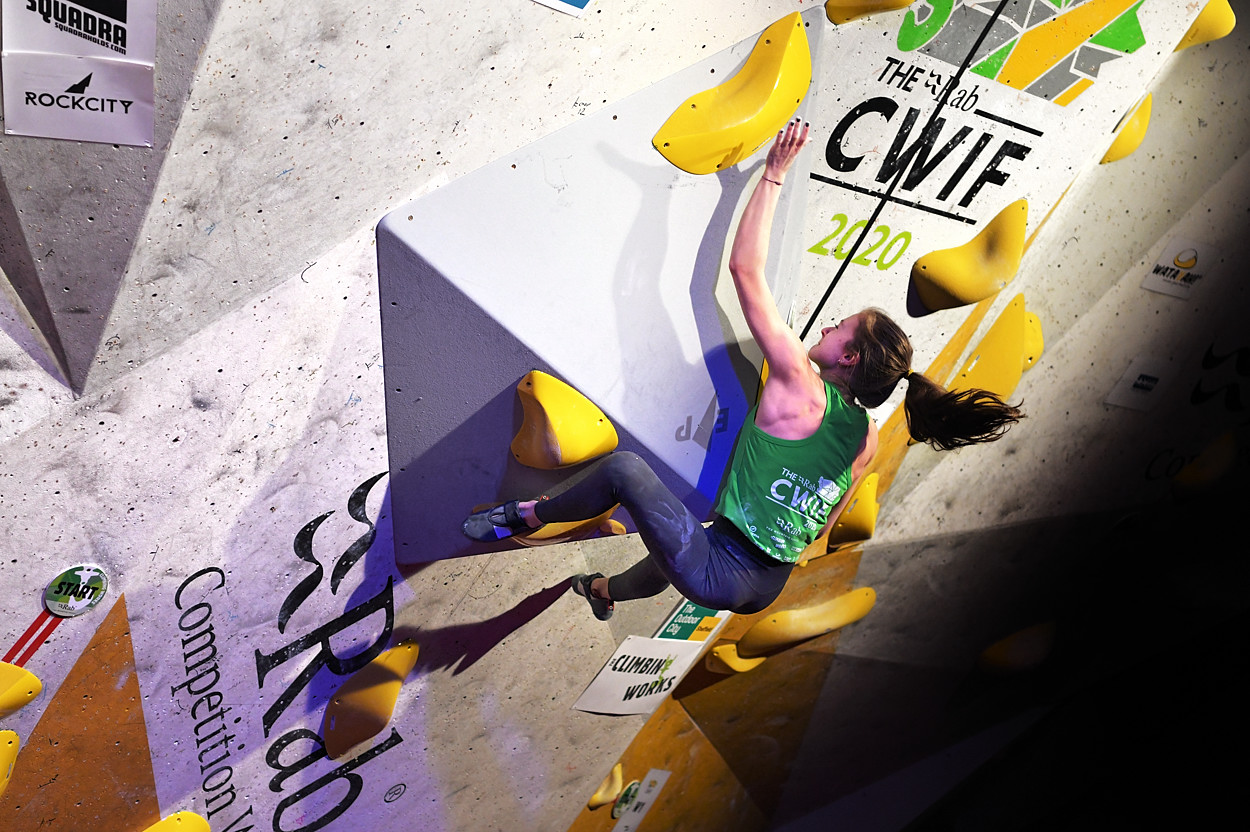 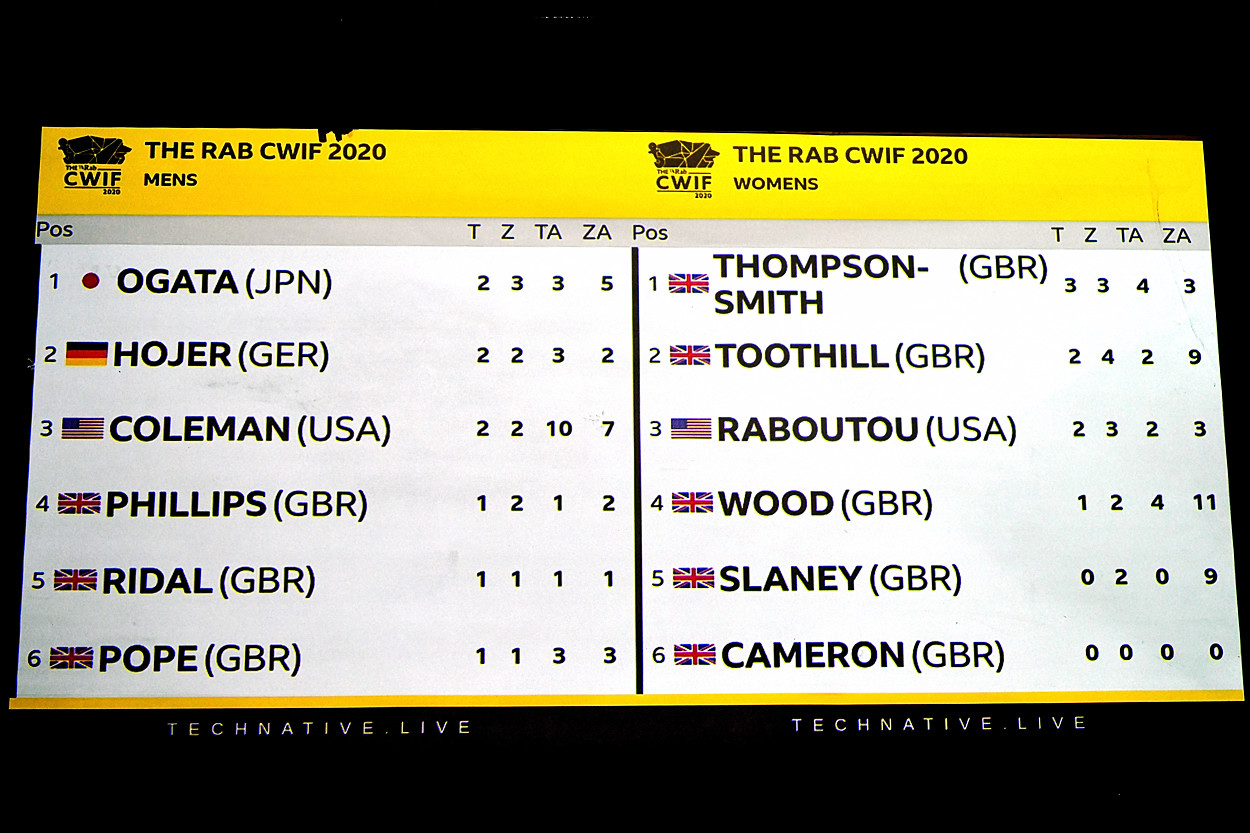 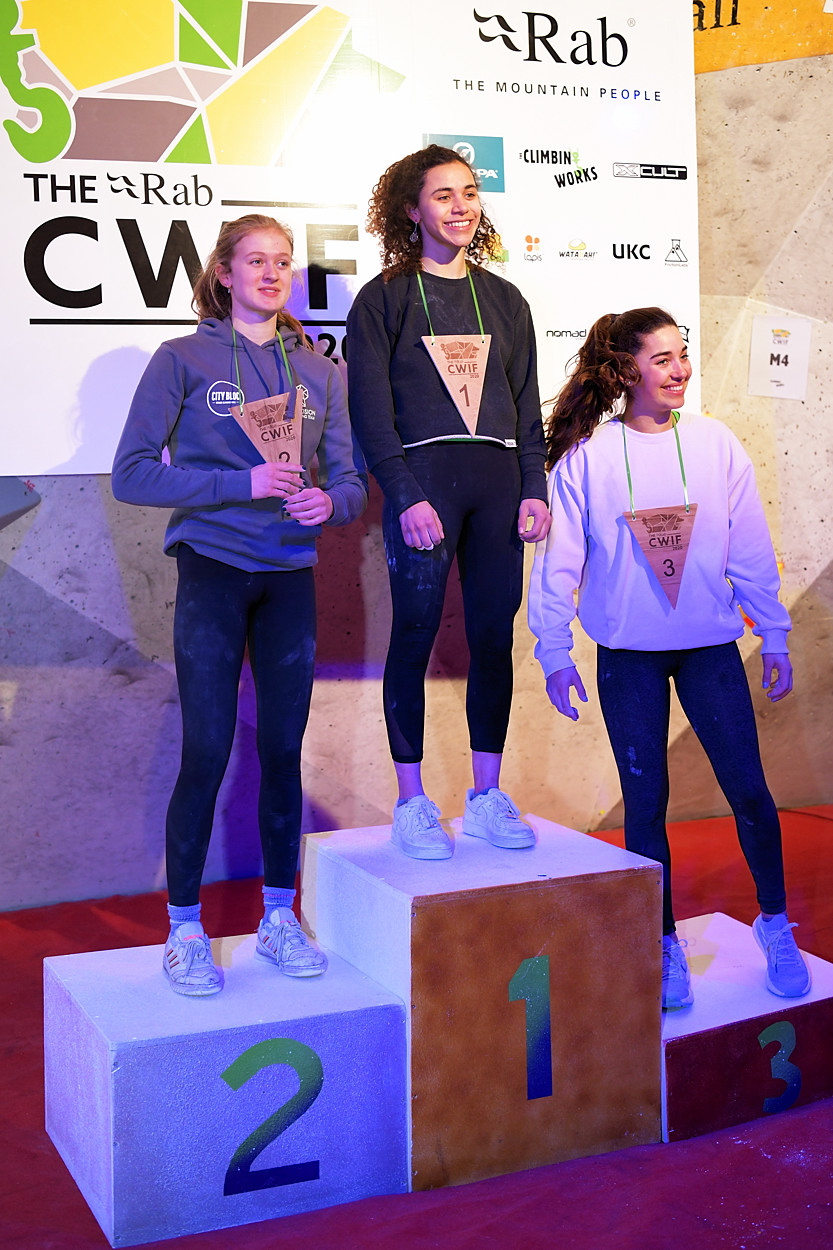 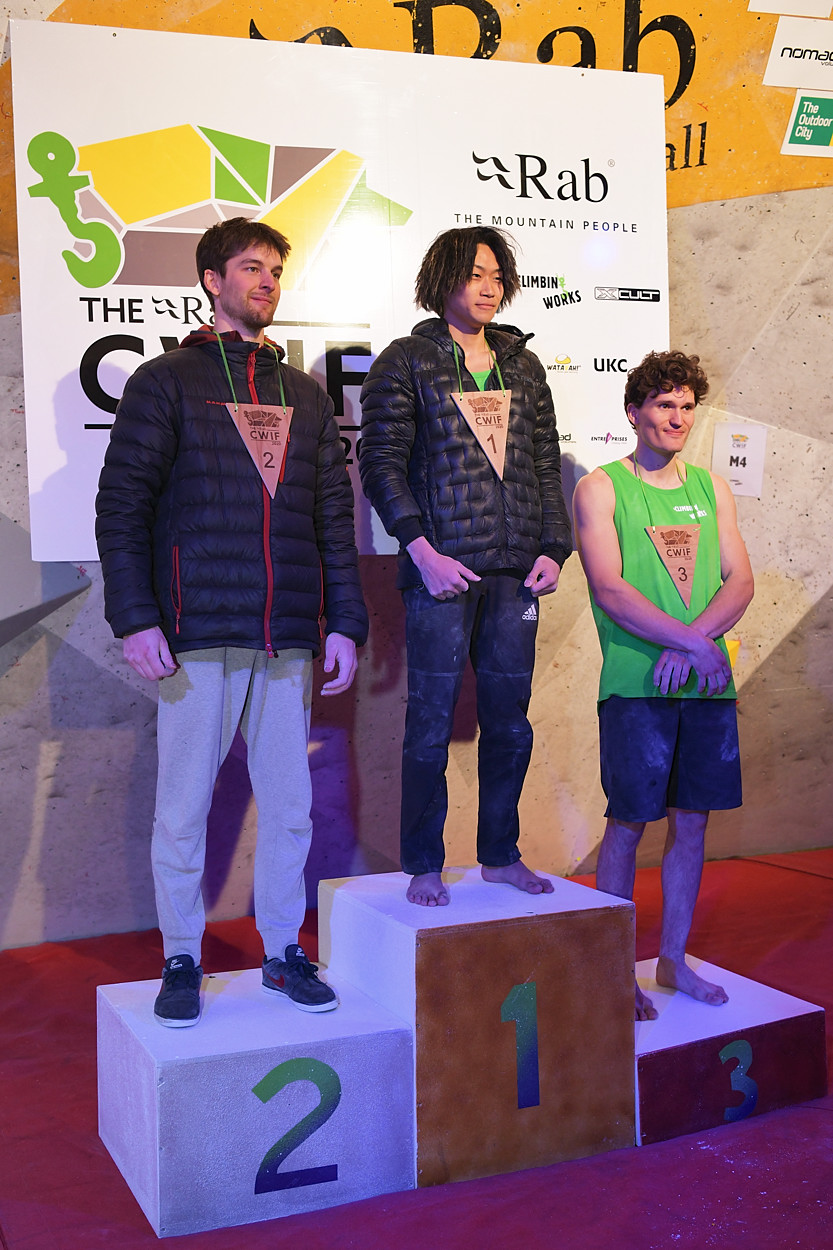