Steve McClure has ventured ‘upstairs’ for his latest new route at Malham; characteristically he came away with one of the hardest route climbed up there with The Reign is Over (F8c). 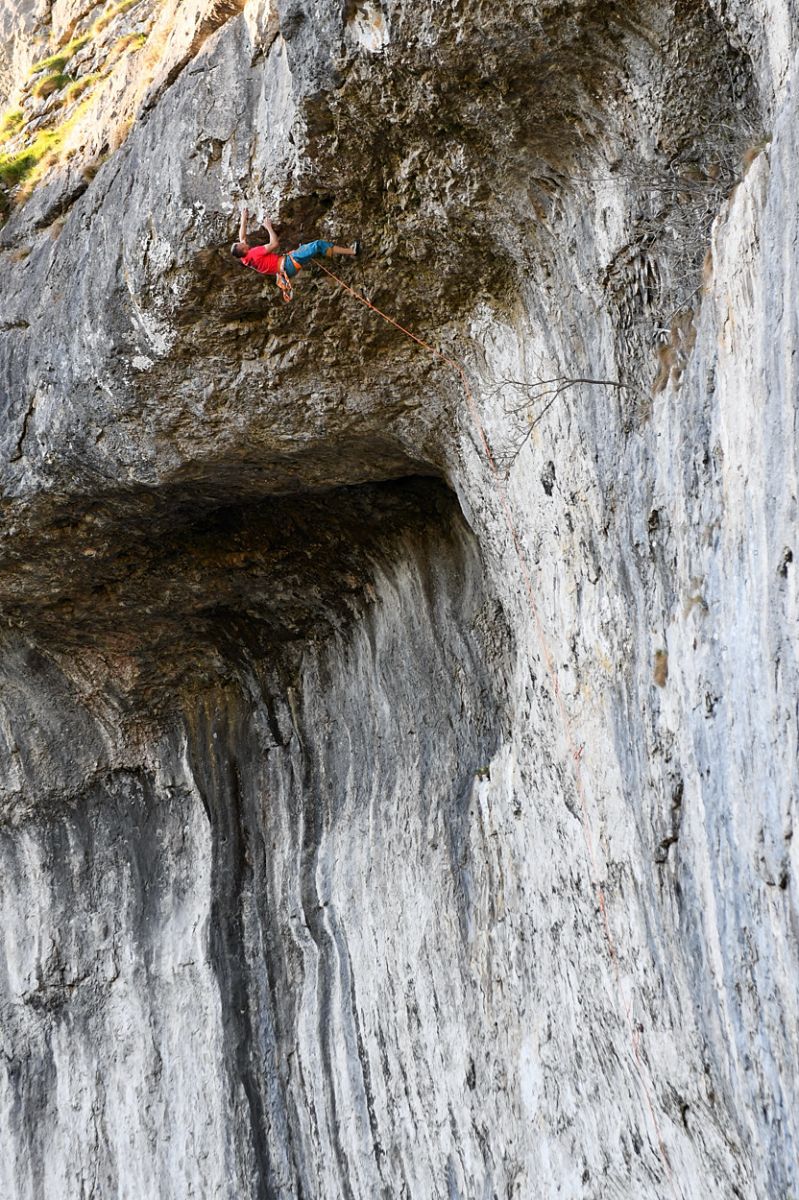 Steve on the spectacular upper roof of The Reign is Over. Photo Keith Sharples

The Upper Tier at Malham is home to a number of fingery test-pieces but none anywhere near as savage as the main wall above the catwalk. The hardest Upper Tier route remains the unrepeated 1995 offering from John Dunne, Total Eclipse. Total Eclipse has been the subject of some controversy although Adam Ondra did try the route on one of his visits a few years ago but was stopped by wet holds. Perhaps Steve’s latest route could signal a resurgence in interest in an area of the crag that has been somewhat ignored. 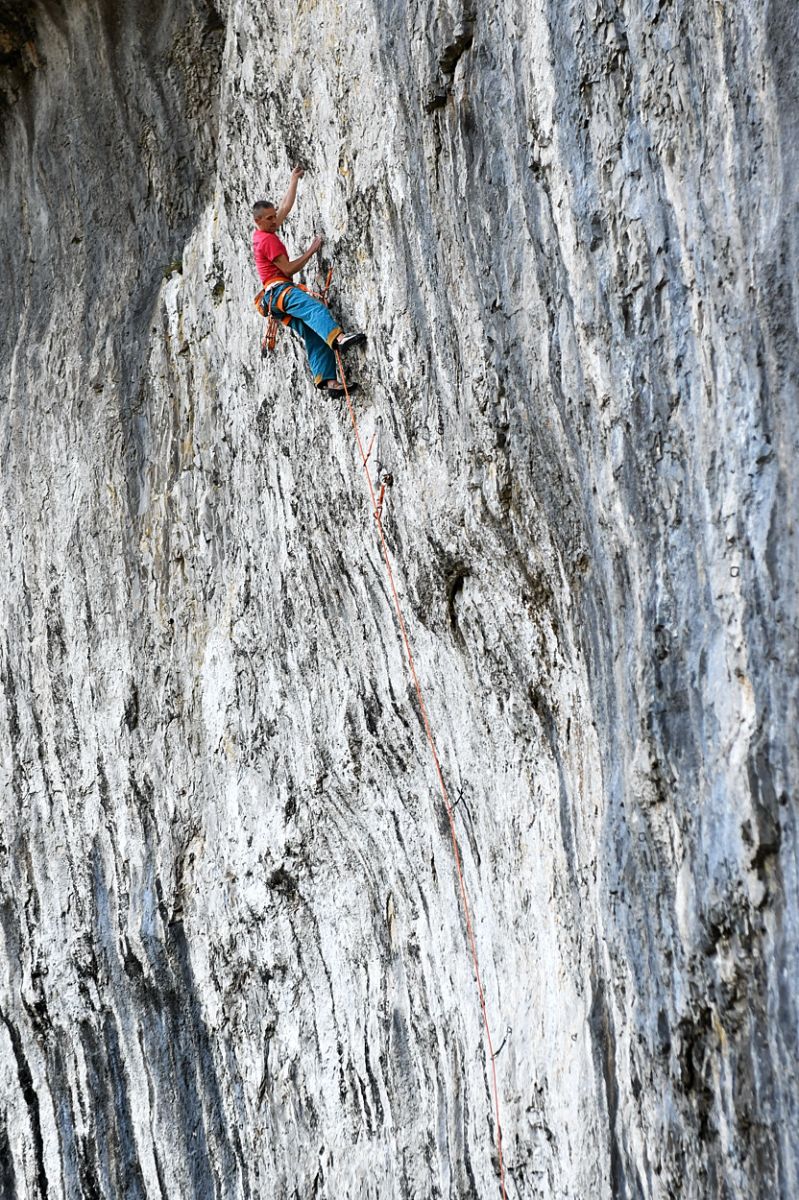 Steve on the lower wall of The Reign is Over. Photo Keith Sharples

The Reign is Over starts up The Toad of Beck Hall (F7b+), something of a gnarly crimpy route in its own right. However, when that route finishes at about half-height Steve’s route kicks-in with a hard boulder problem and then a monster roof above. In contrast to Rainman, Steve’s latest route only took him a few days to clean and climb.

More details will follow in the next edition of CLIMBER.