The BMC is changing its name to Climb Britain 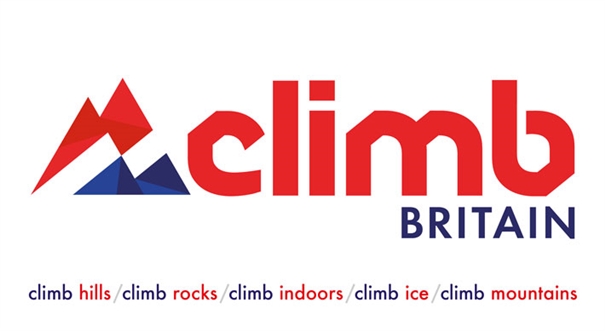 TODAY one of sport’s most historic representative bodies, The British Mountaineering Council (BMC), ushers-in a bright new era by announcing a change of name to ‘Climb Britain’.

The rebranding aims to unite all members under one ‘Climb’ banner - whether you’re climbing hills, mountains, rock, ice or indoor walls.

Since its inception in 1944, the BMC has been at the forefront of promoting the interests of climbers and hill walkers throughout England, Wales and beyond. The new name will be phased in over the next year, with official launch events at the Kendal Mountain Festival and on 2 December – the 72nd birthday of the BMC. As part of the re-branding BMC Cymru/Wales will change to Climb Cymru which will have its own individual logo.

Now, as record numbers head to hills or indoor walls, Climb Britain is going to take up that prestigious mantle while upholding the BMC’s fundamental, core values.

Dave Turnbull has been at the helm of the BMC as CEO since 2002 and says this new incarnation offers a fresh and modern proposition to new and younger climbers and hill walkers. Meanwhile the organisation pledges to stick with the core principles and essential work programmes that people have come to value so much over the years.

He says: “The point of the BMC was always to stand-up for the rights of climbers and hill walkers, giving them the support they needed to enjoy these amazing activities. And none of that will change as we become Climb Britain. If the government tries to introduce a restrictive piece of legislation, we’ll be there to fight it. If we have problems with landowners, we’ll be there to negotiate access.

Our core work for members will remain unchanged – we will remain fully committed to promoting cliff and mountain conservation, advising on good practice, facilities, training and equipment. The word ‘climb’ is evocative, something ingrained in us as children when we climbed our first tree or hill. It’s also a word that unites hill walkers and all forms of climber. Now, whether you’re climbing a hill, a snowy mountain, a vertical rock face or an indoor wall - Climb Britain will be there to help.”

The move has been supported by legendary mountaineer and Everest summiteer Sir Chris Bonington, who says the BMC needed to ‘move with the times’. The 81-year-old, a BMC Patron and former BMC President, said: “When I started climbing in 1951 there weren’t many climbers, there were just a few clubs, and probably only around five or six specialist retail shops in the country, if that. It was a small community. But now, of course, the number of participants has increased hugely and we enjoy our ‘climbing’ in a whole variety of ways. There are so many different strands - hill walking, mountain walking, scrambling, climbing, competitions - even deep water soloing and BASE jumpers who climb before launching themselves off the top.

We are a broad, tolerant cathedral and the ‘Climb Britain’ name is a brand which this very varied group of people can all associate themselves with. The ‘British Mountaineering Council’ name reflects what the BMC was 50 years ago. It feels heavy and, to a degree, old-fashioned and we are responding accordingly. The spirit of ‘Climb Britain’ is this - go out, climb whatever you enjoy climbing, and enjoy the outdoors in the UK.”

Based in Manchester, The BMC - and now Climb Britain - currently has 82,000 members, made up of 56,000 individuals as well as a further 26,000 people from the 300 affiliated mountaineering clubs. Climb Britain will also continue to rely heavily on committed volunteers - from mountain guides to medics, engineers to accountants - who have proved so critical in supporting BMC operations and events for so many years.

Meanwhile Climb Britain President Rehan Siddiqui says it’s vital the organisation responds to a recent explosion in popularity. Recent figures from the Sport England Active People Survey found that 301,300 people in England aged 14 and over go ‘mountaineering’ at least once per month - which covers activities like hill walking, mountaineering, indoor climbing or rock climbing. That’s a big increase on the 2013 figure of 256,100 and shows why Climb Britain need to adapt and modernise to meet the needs of a new generation.

Siddiqui adds: “Many people have joined the BMC over the years in order to undertake a mountain training award. Doing an outdoor course is a great way to get into the sport and we will be working closely with our partners in Mountain Training to ensure our new identity is clearly explained and understood amongst this extremely important segment of membership.”

The rebranding process began 12 months ago and could take a further three to 12 months to roll-out in its entirety, with some changes occurring immediately. The funding, which involved two consultancy firms, was provided by Sport England. Yet the adoption of a new name comes as the discipline of ‘sport climbing’ competes to be included at the 2020 Olympic Games in Tokyo, something the International Federation of Sport Climbing has lobbied hard for, and the BMC has fully supported.

Meanwhile the traditional geographical remit of the BMC - covering England and Wales - will remain unchanged under Climb Britain.

Climb Britain will work in partnership with the Mountaineering Council of Scotland (MCofS), the representative body for Scotland’s hill walkers, climbers and ski-tourers, which acts to develop the sport, safeguard access and promote safe practice, and to protect Scotland’s landscape from major developments.

As the governing body for sport (competition) climbing north of the border, the MCofS will be a key partner with Climb Britain if climbing is confirmed as an Olympic sport. The MCofS has already indicated its intention to rebrand as ‘Mountaineering Scotland’, complementing their existing brand ‘ClimbScotland’ which caters for young climbers.

Climb Britain will become the registered trading name and public face of the BMC; the BMC will remain the formal legal name of the organisation.