Grampian climbing has been hit hard by a 'temporary protection zone' banning access to and climbing at Taipan and Spurt Walls and Bundaleer. 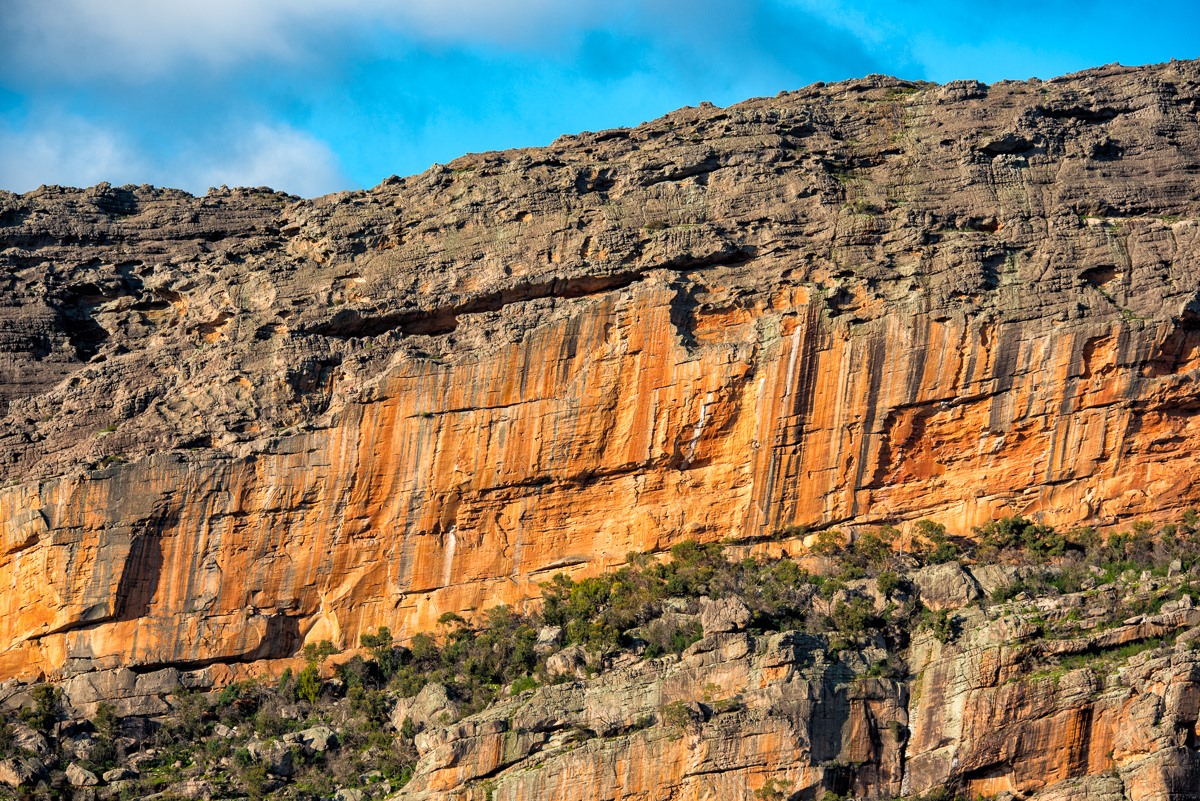 Details of the bans were announced on August 14th by Parks Victoria (PV) in a multi-page press release. The banned area at Taipan Wall has been fenced off and is now being patrolled; the ban also includes the climbing at nearby Spurt Wall as well as the majority of the best climbing at Bundaleer.

An extensive article on the Save Grampians Climbing website gives much of the background to the situation.

Whilst the Gariwerd Wimmera Reconciliation Network (GWRN) – a reconciliation group rather than a climbing related organisation- has been consulting with both Parks Victoria (PV) & Traditional Owners (TOs) about these site closures since at least June the ban has been introduced with very little effective  communication and/or advance notice with the climbing organisations (VCC and AVAC). It is understood that a ‘climber roundtable’ with representatives of the VCC and VCAV were invited by PV to a Zoom meeting 24 hours in advance.

As with other recent closures in the Grampians and Arapiles, the new bans are said to be to protect newly discovered/previously undocumented Aboriginal cultural heritage – “The recent rediscoveries include ancient cultural material, including multiple quarry sites – places where Aboriginal people took stone from rocky outcrops to make tools for different purposes. Concentrations of stone tools, archaeological deposits within rock shelters and, unusually, an ochre deposit are also present.” However, it is understood that the ochre deposit and stone tools were found on the left end of Bundaleer – not Taipan Wall itself. 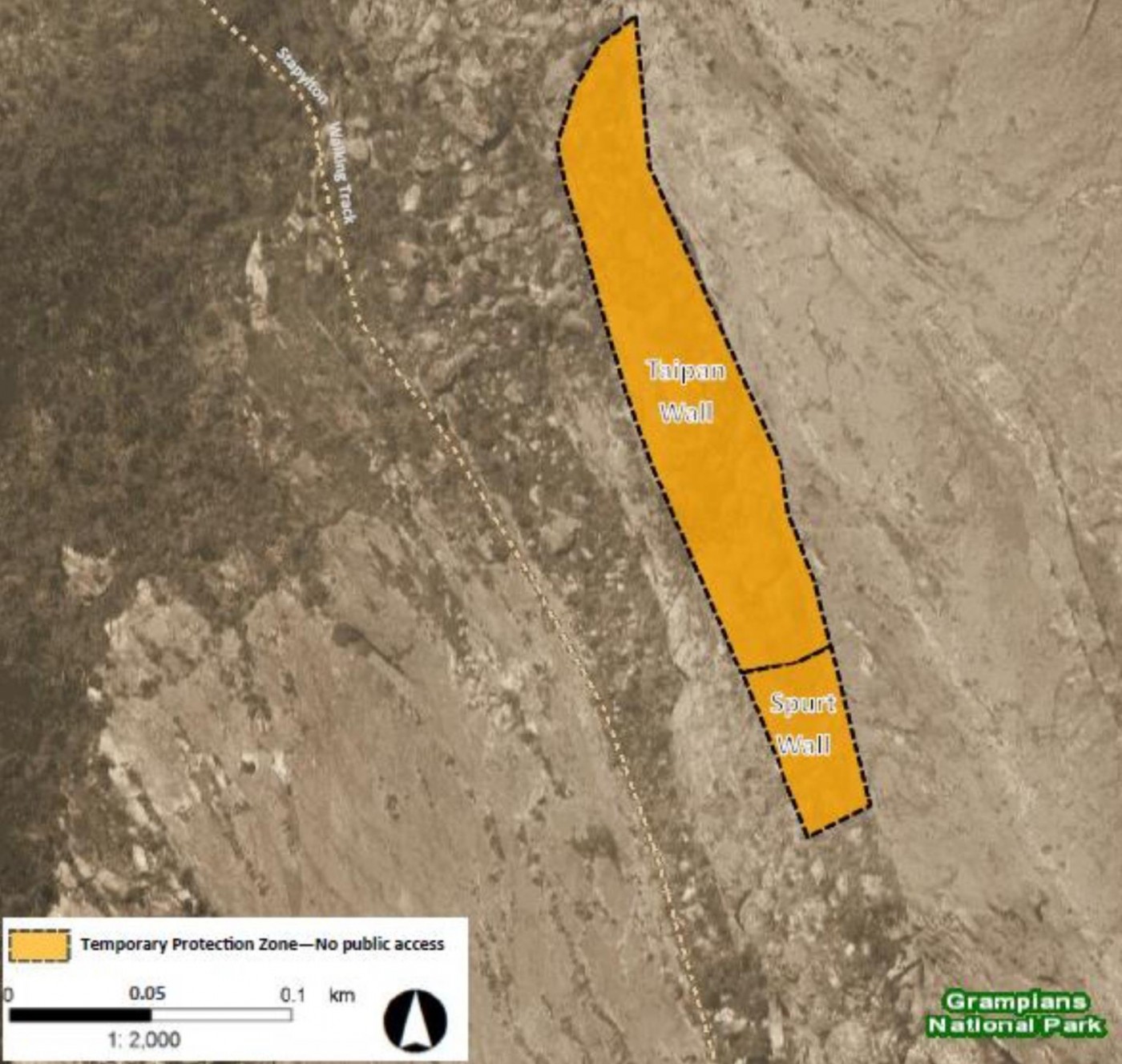 Whilst the current bans have been called “temporary protection zone” the fear is that these bans will become permanent. A statement from PV explained the next steps; “A longer-term management response for the protection of natural and cultural values at these locations will be worked through with Traditional Owners as part of a new Greater Gariwerd (Grampians) Landscape Management Plan. A draft plan is expected to be released for further public comment in late 2020.”

Save Grampians Climbing comment further on this saying: “This is the same management plan that PV has now delayed from June until “late 2020” – the month September has been mentioned but that seems optimistic since they are still closing crags. We think it’s safe to say we won’t see this plan released to the public before next year – and then any changes will have to go through a long drawn out official process. We suspect Taipan is well and truly in “lockdown” for the next year, and certain areas with easy to identify quarry sites such as the Invisible Fist/Mr Joshua wall and left side of Spurt will be permanently closed. If you didn’t get a chance to climb there – it’s probably too late now.”

A small glimmer of hope however appears to have come from a statement from the TOs. Save Grampians Climbing report that the three TO groups have been working with the GWRN group for some time and it is understood that they value the advice they have been given. The TOs press release commented further on this saying: “this isn’t about trying to close down recreational activities such as climbing across the whole of the Gariwerd landscape”. 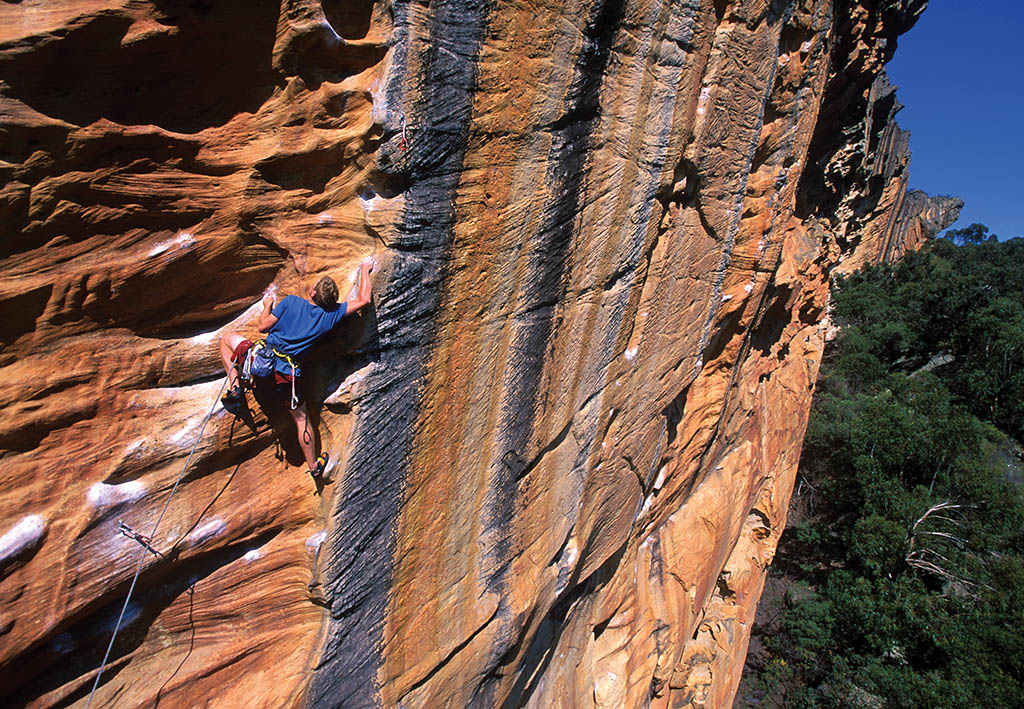 The current ban however – together with previous bans - means that the bulk of the hard climbing at the Grampian is now off-limits! Save Grampian Climbing outlines the particularly bleak situation: “With the addition of Taipan Wall, Spurt Wall and Bundaleer to the (very) long list of already banned SPA areas – there is now almost zero hard climbing left in the Grampians. All the iconic routes we see in books, posters and films are now off limits. The very draw cards that attracted world class climbers are gone. If you want to climb grade 27 and above there is only a handful of routes left to do across an absolutely massive area of cliffs – what was once a lifetime of potential has been turned into scattered sub-par obscurity.” Clearly down-beat with regards the long-term possible outcome Save Grampian Climbing don’t pull their punches: “If these new bans remain permanent any appeal the Grampians had as an international, or even interstate, climbing destination will be erased.”

Given that the Melbourne climbers are in lock-down due to Covid-19 restrictions this situation is an especially bitter pill to swallow for the local community struggling to make sense of the PV announcements. The Save Grampians Climbing website has numerous other articles on-line which give further background reading. They will be posting news of any developments going forward so stay tuned to their blog for news.

“Six weeks ago I visited Taipan for what may well turn out for the last time in my life. With the possibility that that was the case in my mind, just prior to abseiling over the edge to take some photos of some other climbers, I stopped, sat for a moment on the top of the cliff, took it all in and I shed a little tear. It's not just perhaps the most beautiful wall that I’ve ever had the privilege to spend time on anywhere in the world, it is also a wall that personally means so much to me. Back in my prime, I had some of the best days of my life on that wall.

But the tear I shed was not just at the thought that this might be my last day up there, I realise my days there were slowly coming to an end probably anyway… After so much time over 30 years on that wall, I can hardly complain. No, above all else I felt sadness for the current generations of climbers for what they might lose -- and the future generations of climbers who would, sadly, never ever understand what they would miss out on.”

Click here for the PV press release about the bans.