Scottish conditions are renowned for being tough, but it seems that ace German climber, Ines Papert, is well-suited to operating in the face of such adversity! Located on the Fiacaill Buttress in Coire an t-Sneachda, The Hurting was graded (XI, 11) by Dave MacLeod after his first ascent back in 2005. It was, at that time, reckoned to be one of the hardest traditionally protected winter (mixed) routes in the world. Hotaches filmed Dave on the route as part of Committed II – see here for footage. 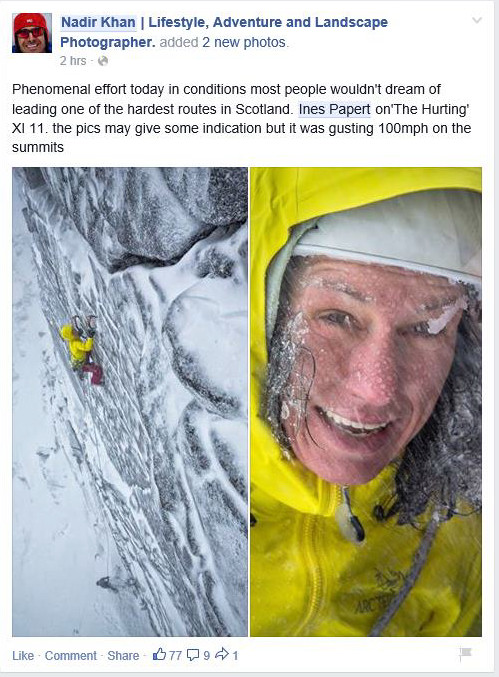 For six years The Hurting was unrepeated until, in February 2011 first Andy Turner and then Greg Boswell did the second and third ascent – Boswell going ground-up. The fourth scent came from Dani Arnold, a Swiss guide, in February 2012. Since then, no further ascents have been made (so we believe) so the repeat by Papert is the fifth overall and the first by a women.

Ines Papert is no stranger to either hard winter climbing or Scotland having climbed in Scotland before. On this occasion she was in Scotland to talk at the Fort William Mountain Festival on Saturday. 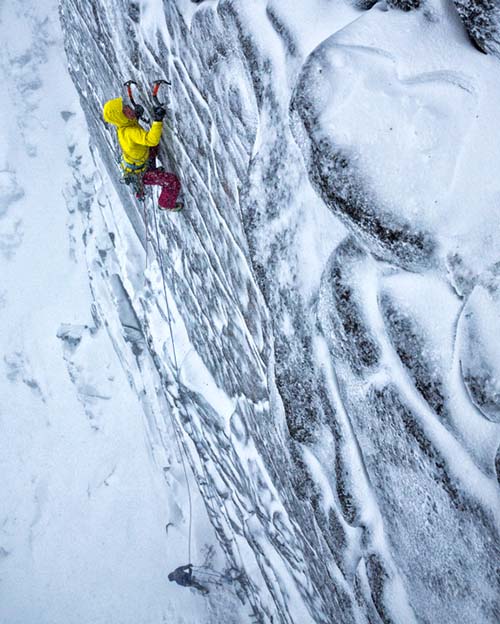