Word is that Dan Varian topped out yesterday on his latest project, Star Power (Font 8b/+), up in Northumberland. Dan also did Second Fiddle (Font 8a/+) just to the left as well – just for good measure. 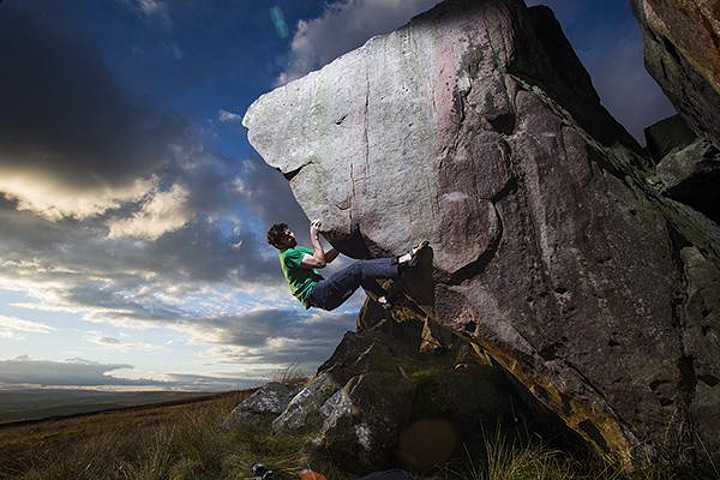 Understandably, Dan was rather chuffed; “Did me projy, tiz a nice one. Star Power 8B+ (8B) and added Second Fiddle 8A (8A+) to the left too. Lovely evening.”

Bob Smith and Steve Blake were on-hand with the sending vib and local photographer Mark Savage was on the case with pixs too.

Dan is no stranger to hard blocs in Northumberland having previously numerous hard desperate problems including The Rail (Font 8b+) which Dan added at Bowden back in autumn 2013.

When asked about his split grades Dan explained; “I cant make my mind up, and needs more consensus but yes closer to the grade boundary”.

Finally, we hear that Sebastian Halenke, after his initial visit to Malham, is heading up to The County for a few days so maybe Star Power will see a super-quick repeat from the young and on-form visiting German climber.

Keep in touch with Dan’s tweets via Beastmaker feed here…