As we reported earlier, Steve McClure has just returned from a week-long trip to Chulilla where he on-sighted numerous routes including Taka Okame (F8b+). The business end of Chulilla; with El Balcon, , El Balconcito, El Algarrobo, El Oasis,  Las Chorerras and Masters Wall stretching out into the distance on the left. Photo Keith Sharples

Steve, traveling with a Sheffield posse, arrived in Chulilla on Jan 4th. Word was that over Xmas the crags had been totally rammed. However, given that the holiday period had ended and with it the ‘returned to work’ had occurred, the numbers of climbers on the crags had dropped back to more manageable and sustainable levels. 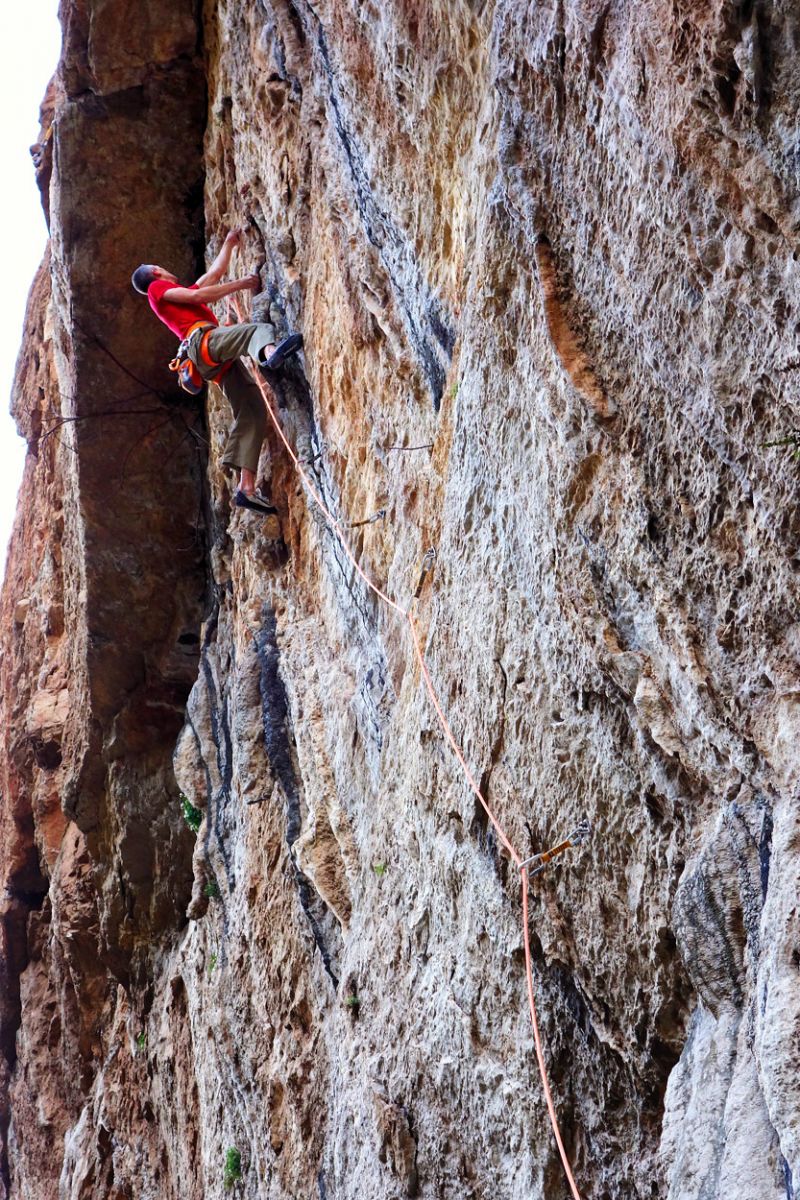 Keith Sharples, one of Steve’s long-time climbing partners, was on the trip and he fired some quick questions to Steve about Chulilla and Taka Okame whilst waiting to board the flight home. Here are Steve’s thoughts on the trip…

For starters Steve, what did you think of Chulilla?

It lived up to my expectations and had everything I needed for a great trip. With time being so precious it’s important to ensure that all the ingredients are in there. I look for a beautiful location, great weather, a good team and a relaxing atmosphere as well as good climbing – so it not all about the climbing although I must say, the climbing at Chulilla is world-class.

So numbers next; please can you confirm the number of routes you did?

Quite a lot then in just six days climbing?

Well if they hadn’t been so long, I would have expected to have done more! 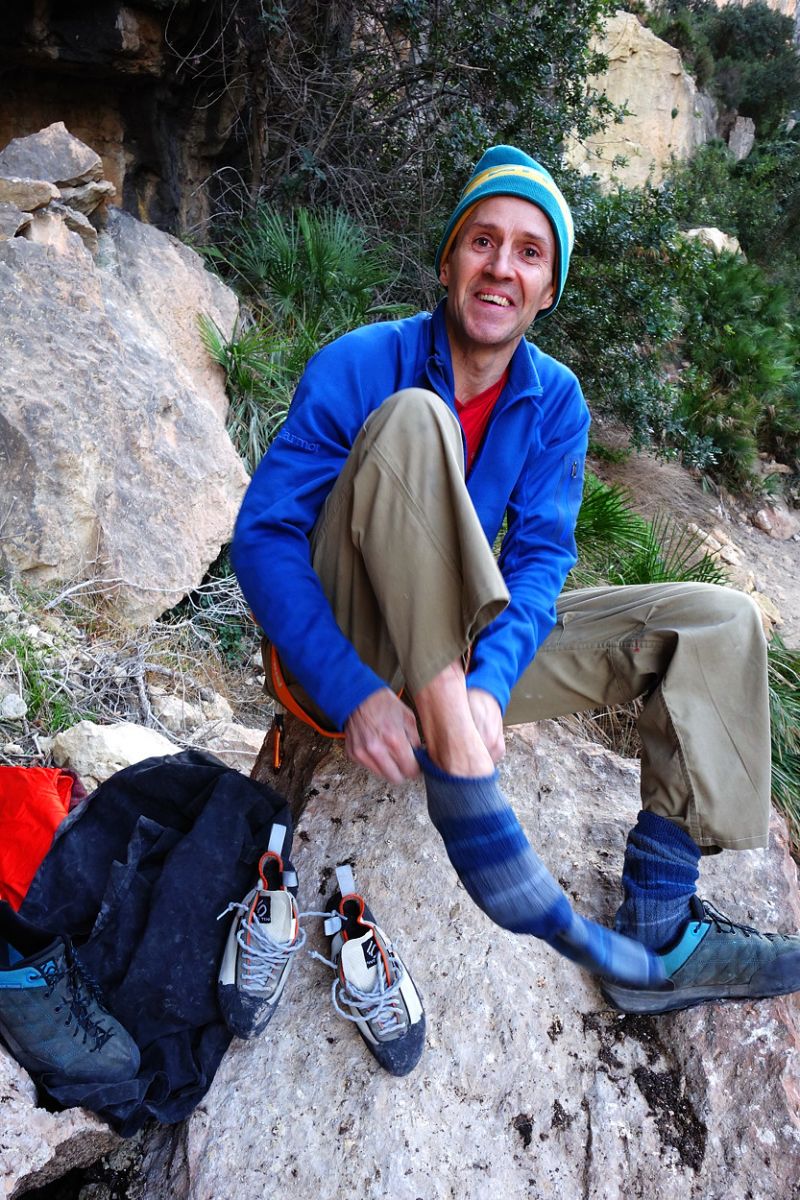 The hardest route you on-sighted was Taka Okame F8b+. It’s the first F8b+ you’ve on-sighted for a while; how did it feel?

It was great to still be able to operate at that level. I’ve been out of the on-sighting game for ages so it’s nice to know that I can still do it! I’d not really got any great expectations about this trip and was just after doing some great climbing so on-sighting at that level again was a real bonus!

What was the ‘stand-out’ route/experience from the week and why?

La Bella Protegida (F8b) was a massive fight where I was pretty much out of there – pumped out of my mind and had to fight to the bitter end – much more than any other route. I’d say however, that Pim Pam Pons (F7c+) was probably the most interesting and rewarding of the routes I did – 45m of 3D tufa madness.

One last question please; can you tell us about the training you have been doing recently?

I can’t explain enough that it’s all about the climbing. However, recently I’ve been doing a bit of aero cap [Aerobic Capacity] which Tom Randall said was my weakness when I went recently to be tested on his famous lattic board!

For the record, here’s a list of routes that Steve on-sighted along with his comments…

A full Q&A including more of Steve’s thoughts about Chulilla and hard on-sighting will be published in the next edition of CLIMBER Magazine.