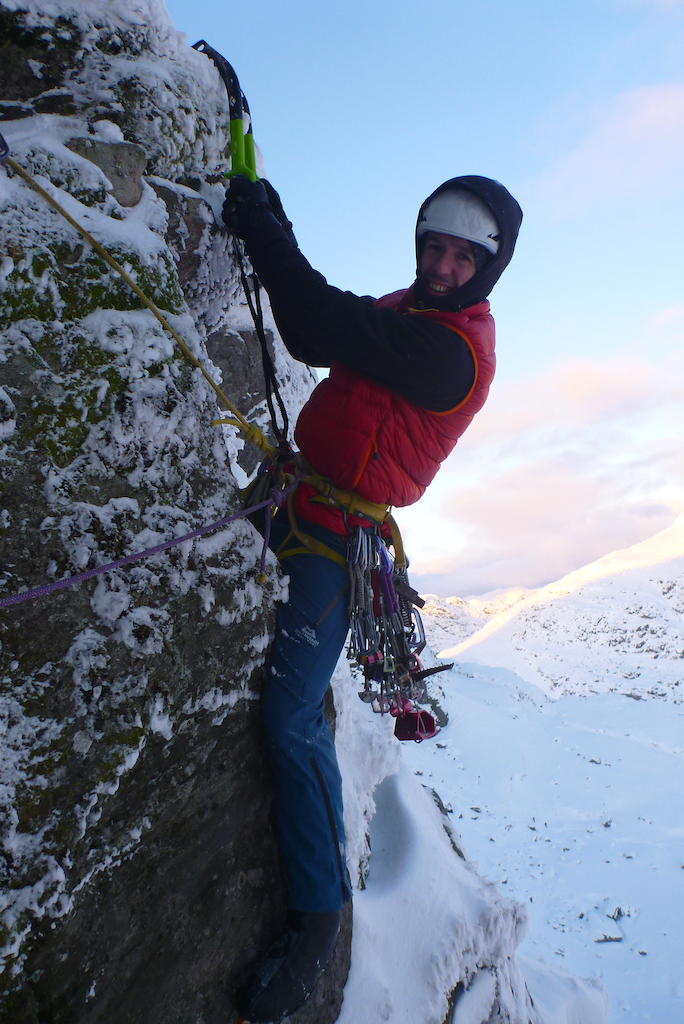 Climbing with Helen Rennard, Dave did both routes in two long days. Southern Freeze (IX, 9) takes the line of Ken Johnstone’s summer E2 on the South Peak of The Cobbler. MacLeod had previously – although unsuccessfully - tried this line back in the 2000’s but suggests that his recent training, or the experience gained from his earlier attempt, made all the difference on his return visit. Having climbed back up the initial 25m approach to the crucial bulge, Dave attacked full-bore. Dave describes the action on his blog: “After a short rest I climbed quickly and confidently across the bulge, finding the hooks more quickly than I expected. I didn’t take more than a split second to take in the exhilarating position on the lip. I was far too busy grunting and eyeing up the tufts above. Once Helen had warmed up and joined me at the belay, I swung around an easy bulge and cruised up the much easier corner above, taking in the spectacular afternoon light looking down the Clyde and across to Ben Lomond.” 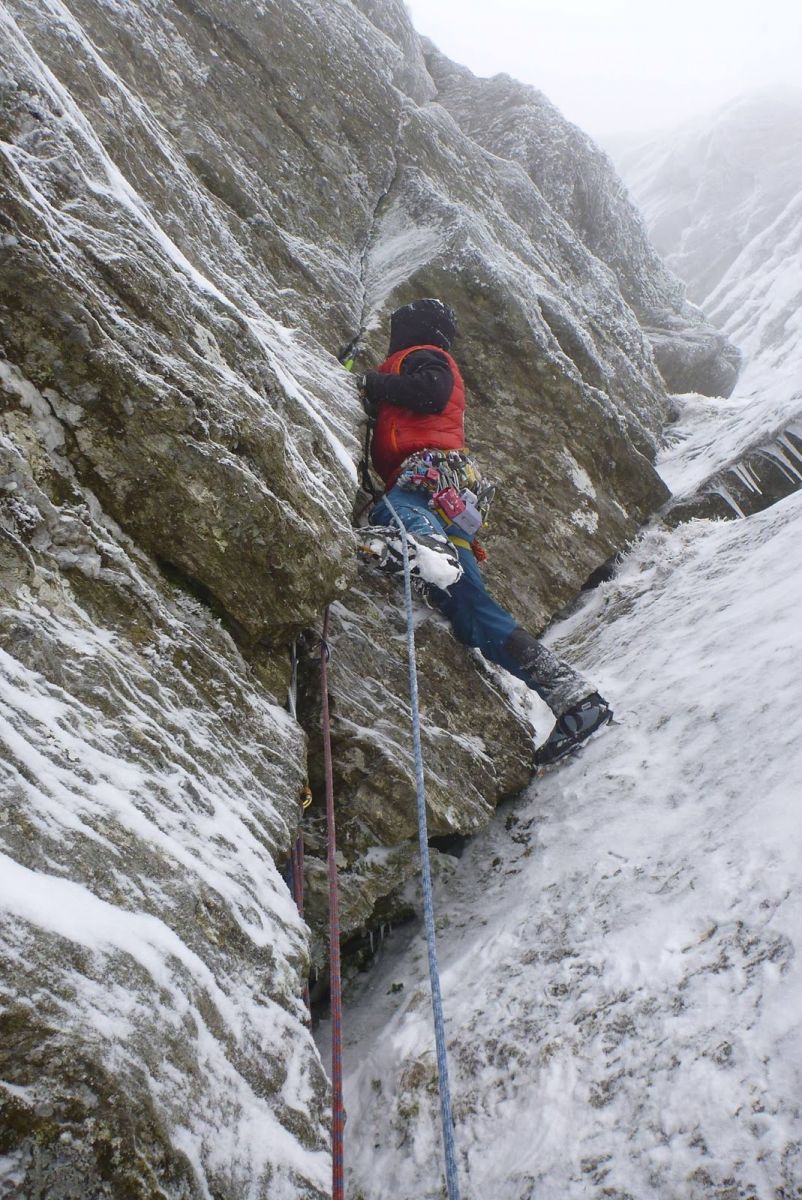 Dave and Helen then turned their attention to Mammoth (IX, 9) on The Brack. On his blog, Dave describes how they found Mammoth in perfect condition. After a mix-up on the first pitch Dave describes how the rest of the route went on his blog: “Guy had mentioned perfect protection but the crack today was choked with ice and not accepting gear readily. On the overhanging part, I got a killer no-hands kneebar which helped a lot to buy me enough time to fiddle wires into the icy crack. Later Helen said she just touched them and they fell out. I managed to complete the pitch without getting too pumped and still felt like I had plenty of energy. I think my recent training changes have another thumbs up. The last pitch was thankfully a bit more chilled tech 7 which I enjoyed despite getting cold hands. We abseiled back down the wall and with my head torch beam I sussed out where we went wrong on the first pitch. I suggested to Helen that I just tie in and do the pitch for completeness, but she was shivering and not making keen noises, so we kept going down. Next time I’ll make a point of reading the guidebook.”

Having done these routes Dave also speculates that his two routes from last winter on The Ben (High Pressure Crack and Red Dragon) might actually be IX as well. Click through here to read a full account of the ascents and see more of Helen's photos on Dave's blog.