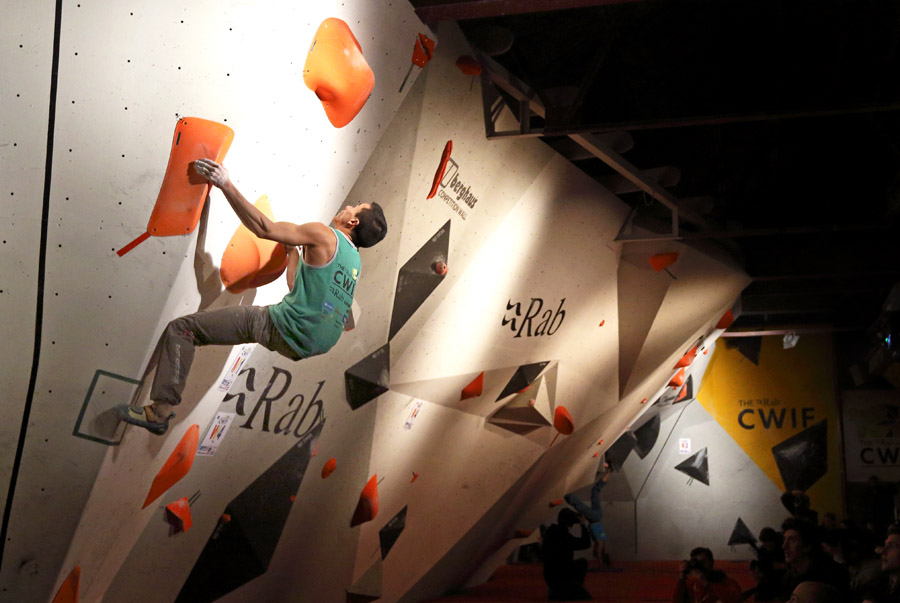 The CWIF, this year sponsored by RAB and enjoying its tenth anniversary, has become an integral part of the international scene. It’s a massively popular open event attracting a huge number of entrants all of whom are keen to get involved and rub shoulders – in many cases literally - with super-stars from the bouldering world. Whilst CWIF is a fun comp it’s also an opportunity for the world’s elite to try out their power, fitness and climbing ability ahead of all-important IFSC World Cup bouldering comps after their respective winter training programmes. 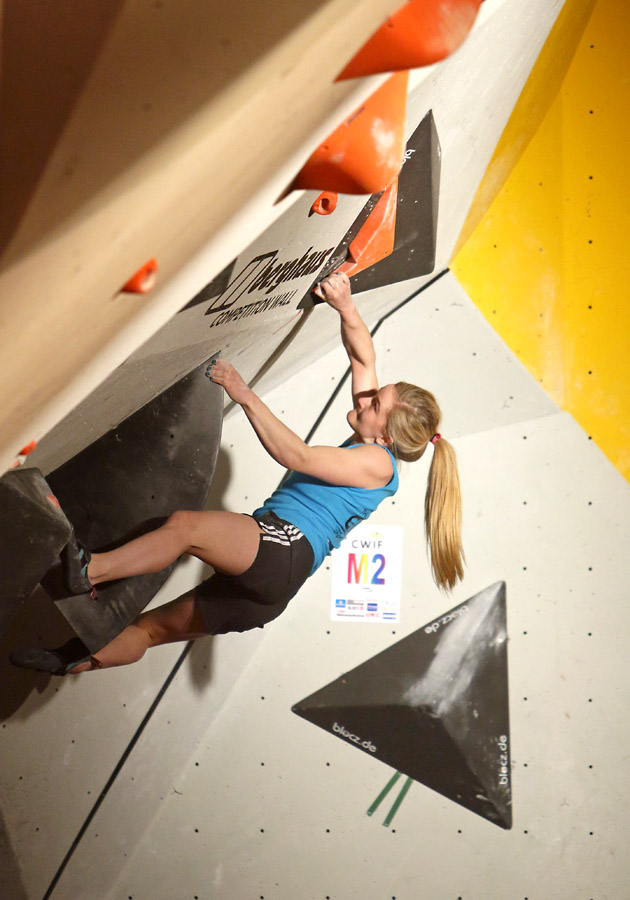 Saturday saw the 280-strong field whittled down to just 40; 20 men and 20 women, all of whom would go forward for Sunday’s semi-final. All the major competitors survived the cut into the semi’s although it was looking decidedly dodgy for a while for a struggling Jan Hojer who came within a few positions of leaving CWIF and heading home for the proverbial early bath – a fate which befell Nalle Hukkalaivel back in 2011 when he failed to make the finals despite having just climbed Font 8c in Rocklands.

Sunday then was the business end of the CWIF with the semi’s cutting the surviving 40 competitors down to just 12; six each for the men’s and women’s finals. A few folks had marked Jorg Verhoeven’s card as a possible CWIF winner and he didn’t disappoint his supporters by finishing the semi’s in top slot although his was only the slimmest of advantages over second place Sean McColl. Tyler Landman came in third leading Jan Hojer, Rustam Gelmanov and Jimmy Webb respectively. Matt Cousins was a whisker behind Webb in seventh place with Jim Pope (10th), Dave Barrans (11th) and Nathan Phillips (12th). Perhaps not surprisingly, Shauna Coxsey topped the standings in the womens event ahead of Melissa Le Neve and Michaela Tracy in second and third respectively and Petra Klinger, Andrea Kumin and Leah Crane completing the final six positions. Just outside the cut were Hannah Slaney (8th), Tara Hayes (10th) and Gill Peet (12th).

The finals weren’t nearly so finely divided with the setters carving the field up to produce a clear win for both Shauna Coxsey and Sean McColl. Sean McColl nailed three tops in 10 attempts, bettering Rustam Gelmanov’s two tops in eight attempts. Tiler Landman came third albeit managed to flash his one and only top – the only bloc to be flashed in the men’s final. Jan Hojer held onto fourth place ahead of Jimmy Webb whilst Jorg Verhoeven plummeted from first in the semi’s to last. As widely predicted, Shauna Coxsey took a well-deserved first place in the women’s comp with a dominant run taking just six attempts for her four tops to finish convincingly ahead of Melissa Le Neve in second place (two tops in two attempts) and Leah Crane (two tops in two attempts). Petra Klinger came in fourth (two tops in three attempts) and Michaela Tracy finished in fifth (one top in one attempt) and Andrea Kumin sixth (no tops). 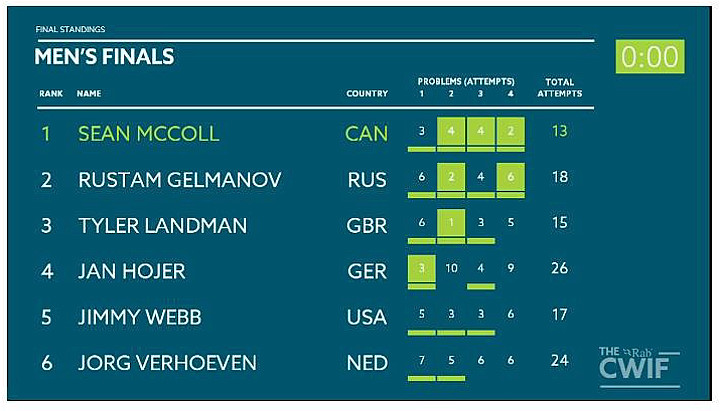 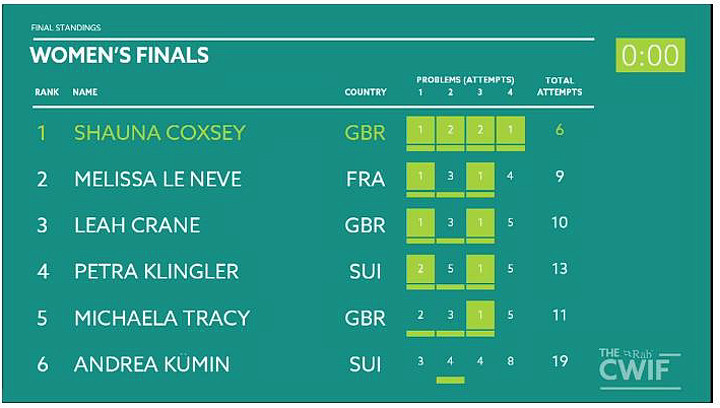