Serenity, Yes We Can and The Voyager all repeated

They say that buses usually come in twos but in the space of just two days three separate Font 8b’s have been polished off by three separate boulderers; James Noble doing Serenity, Dan Turner doing Yes We Can and Ben Freeman doing The Voyager. 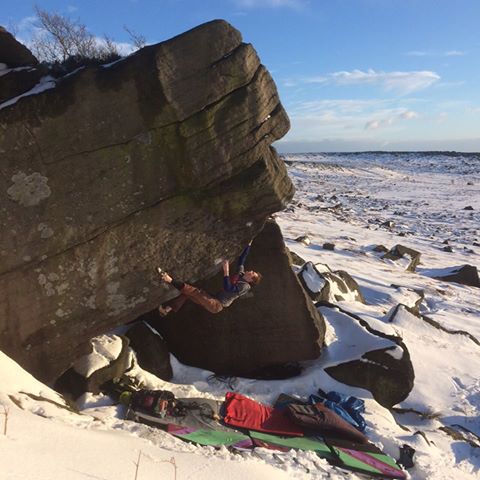 Ben Freeman working on The Voyager back in January. Photo Dan Turner

Despite what it might seem, repeats of Font 8b’s are definitely not common-place so for three to fall in quick succession is a demonstration, if it were needed, that the British bouldering scene is very much alive and well despite the rather ‘trying weather’ which has been keeping many of us locked-down/inside. 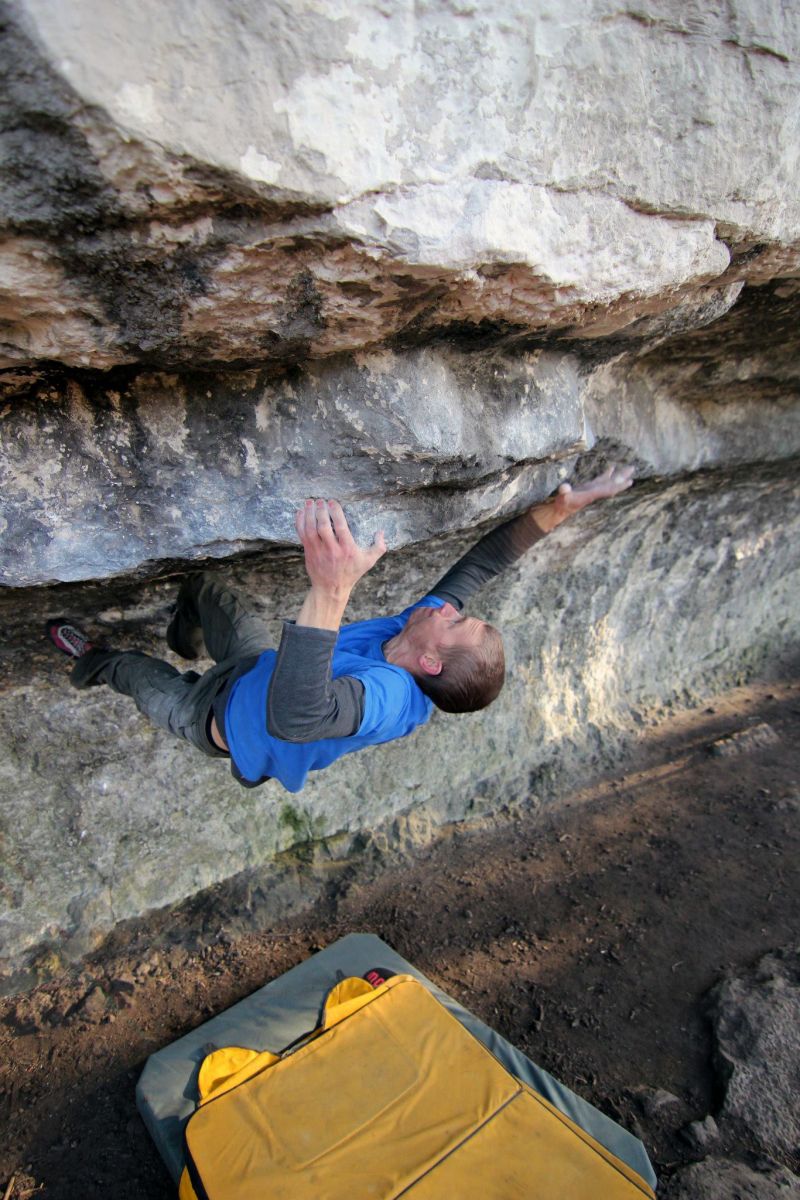 Serenity is at Impossible Roof, Roche Abbey near Maltby in South Yorkshire. Serenity has had something of a chequered history having been extended at both ends – as it were. First ascended back in January 2008 by Mike Adams, Serenity was originally given “soft Font 8b”. However, since then the main undercut at the start of has broken and current thinking is that Serenity is now solid at the grade. James Noble’s ascent is, we think, one of the few since the undercut broke.  James gave us the low-down on his ascent; “I’ve been trying it on and off over the last few years but could rarely do the crux move even in isolation. The day I sent it, I slightly adjusted a hand position that I'd never tried and did it shortly after that - felt a totally different problem. Best thing about it is it's usually pretty reliable for conditions and doesn't really seep. Good winter option if you don't like the grit!” In typical British style James added “In reality what I've done is pretty insignificant in comparison to Mike’s new mega link which adds hard climbing onto the start and finish of Serenity”. However, given James repeated Dan Varian’s Dandelion Mind (Font 8b+) last year he’s no slouch! By the way, in case you missed our earlier report about Mike Adam’s new link-up click through here for our report from last week.. 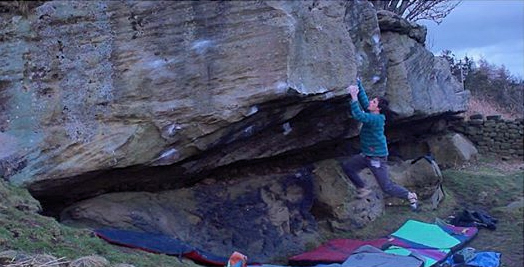 Dan Turner on Yes We Can at Whitehouses. Video grab from Dan Turner

Yes We Can is a Mark Kartz Font 8b link-up at Whitehouses dating back to 2011. Linking The Trial into Whitefinger Low, Yes We Can is said to be excellent and sustained with the crux coming at the end.  Dan’s obviously rolled-over into 2015 with his solid base of strength and endurance that he deployed late last year when he did the ‘Lakes Triple’; a Font 8a, an E8 and an F8a+ in a day. Dan also did The Voyager (see below) back in January and, like James, he also repeated Dan Varian’s Dandelion Mind last year. 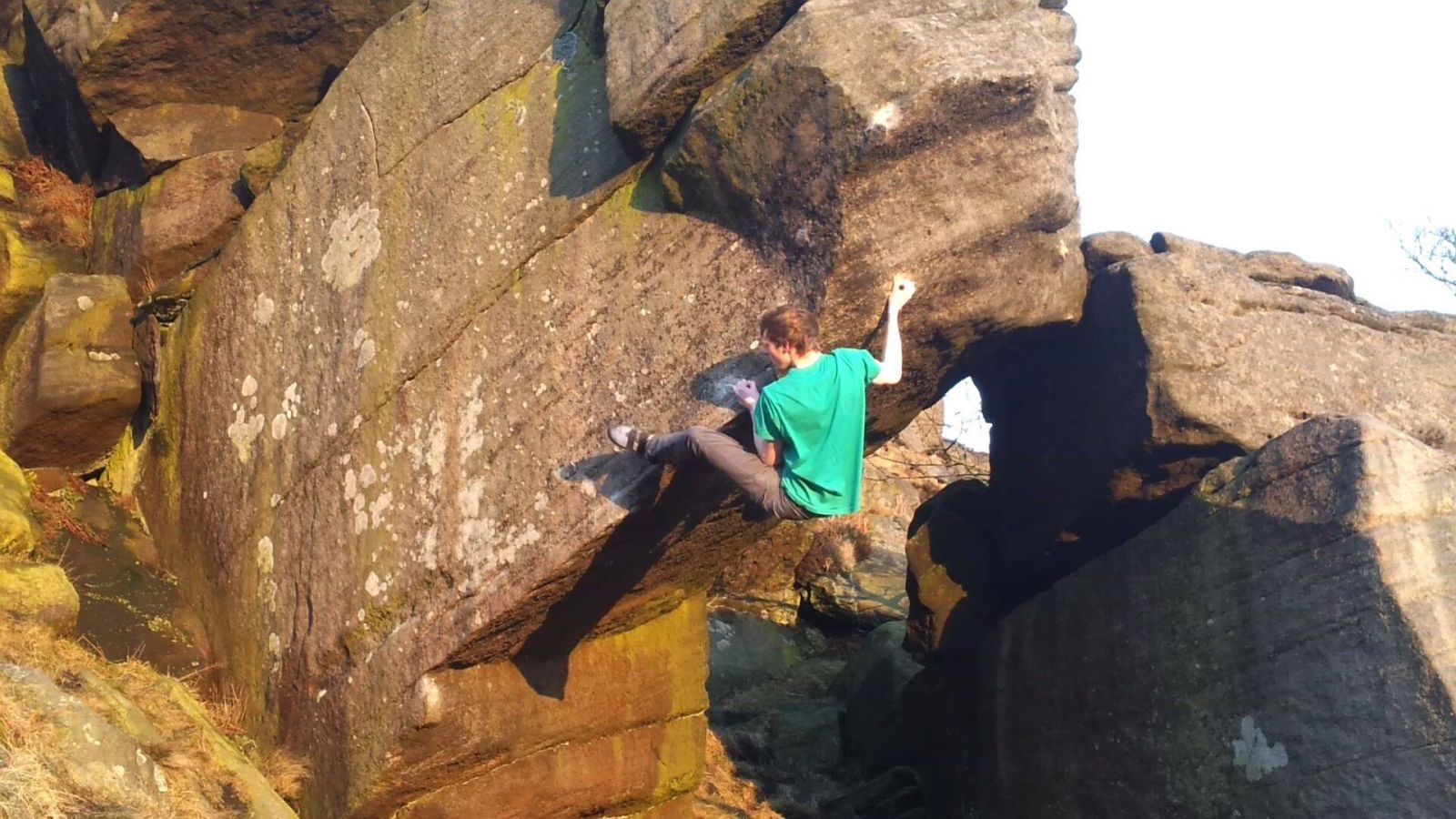 Finally, and by no means least, is Ben Freeman’s ascent of The Voyager - the 4th this winter. Ben first worked the route in the snowy conditions (see top photo) but kept splitting tips. With Ben’s ascent The Voyager has probably had more ascents than any other Font 8b in the UK since Ben Moon did the first ascent back in November 2005. At the best estimate we think that The Voyager has had about 15 ascents making it the Font 8b to go for on the grit. As we reported previously (see here for that report) Hamish Potokar kicked The Voyager season off for 2014/15 with his ascent in early January, Since then, both Mark Katz and Dan Turner have also topped out with Ben Freeman being the latest to summit.

Finally, many thanks to Guy and Dan for the use of their images. Click through here to follow Guy Van Greuning at Nectarclimbing.com and for Dan Turner click through here to his feed @highballproductions  or here to see a video of Ben Freeman on The Voyager…