Seb Bouin talks about his second ascent of Move

As we reported yesterday, Seb Bouin has just made the second ascent of Adam Ondra’s testpiece, Move (F9b/+), in the Hanshallaren Cave, Flatanger some six years after holding Ondra's ropes on the first ascent.

Seb Bouin on redpoint on Move back in 2017. Photo Keith Sharples

Currently France’s best sport climber, Seb Bouin has repeated numerous routes between F9a and F9b including Mamichula  (F9b) which he completed this winter (click through here for our report on that ascent).

Seb has also has made numerous trips to Hanshallaren in recent years climbing a number of the hard routes there. Ironically, Seb belayed Adam Ondra on the first ascent of Move back in 2013, the same year that Seb also did the first ascent of Little Badder (F9a). Like many climbers that visit Hanshallaren, Seb was impressed straight away as he told Climber; ‘The first time I saw this cave I knew that it will be a hotspot for rock climbing. And I knew I will come back many times here.’ 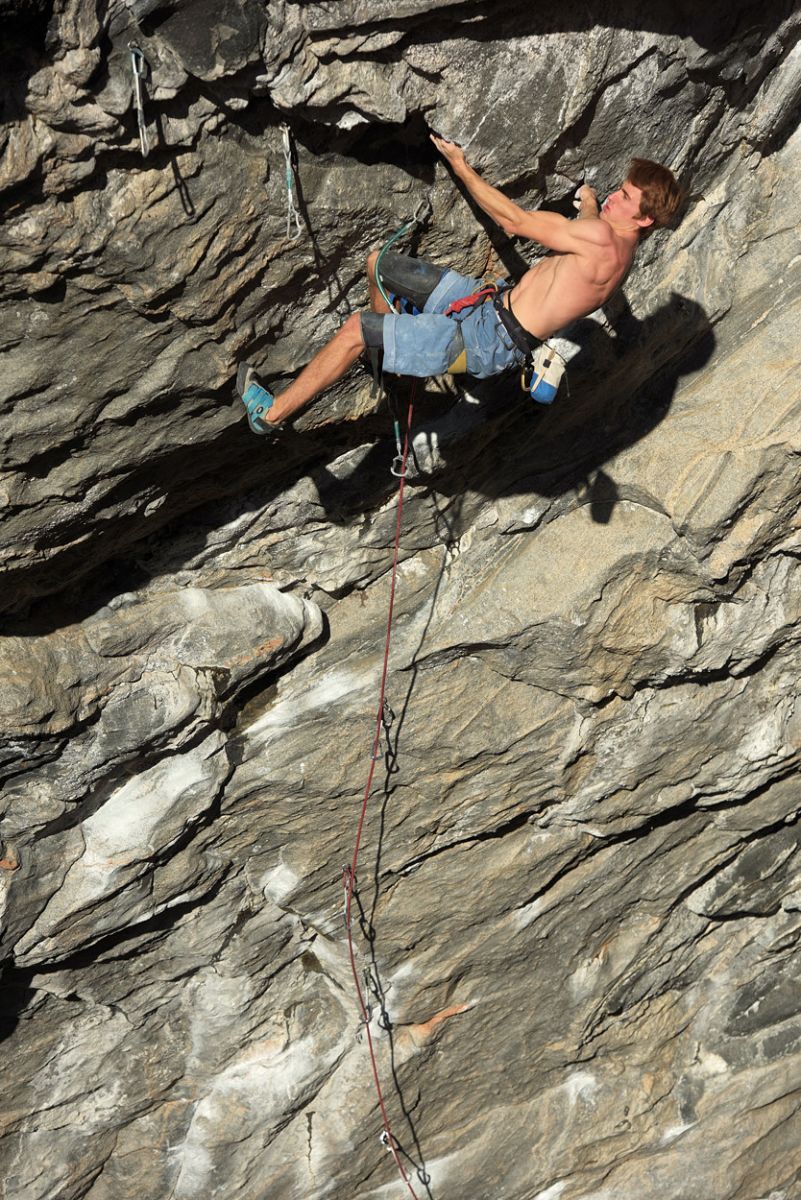 Booted and suited; Seb Bouin on the final section of the initial F8b ‘pitch’ out to the ‘change-over station’. Photo Keith Sharples

Move has been described as two F9a on top of each other. The first 20m or so to what is called the change-over station is F8b in it’s own right. At that point there is an no-hands knee-bar rest. Climbers pull their ropes through at that point and re-belay to reduce rope drag. Move continues to follow the line taken by Nordic Plumber (F8c) for several more metres before it breaks off right. After a second knee-bar shake-out Move breaks up and left into the final crucial section. Finally, Move – some 50m in length – finishes at the lower off on Nordic Plumber.

Seb worked Move extensively during 2016 and 2017. By early September 2017 the red-hot news from Hanshallaren was Adam Ondra’s first ascent of Silence, the world’s first F9c. Amidst the intense media gaze that descended on Hanshallaren after Ondra’s incredible ascent, Seb remained focused on Move. To the other climbers in the cave it looked as though Seb was getting very close to the send but then his shoulder started to trouble him. Move is named after THE move in the crucial sequence - a vicious shoulder press which is said to be Font 8a+ in itself. This comes some 40m into the route. With time running out for the year and his shoulder getting worse Seb had to abandon his plans and return to France without the send. Seb explained; ‘Yes this MOVE is quite intense. If I worked it a lot, I got my shoulder injured. But in the same time I needed to work it to learn it.’ 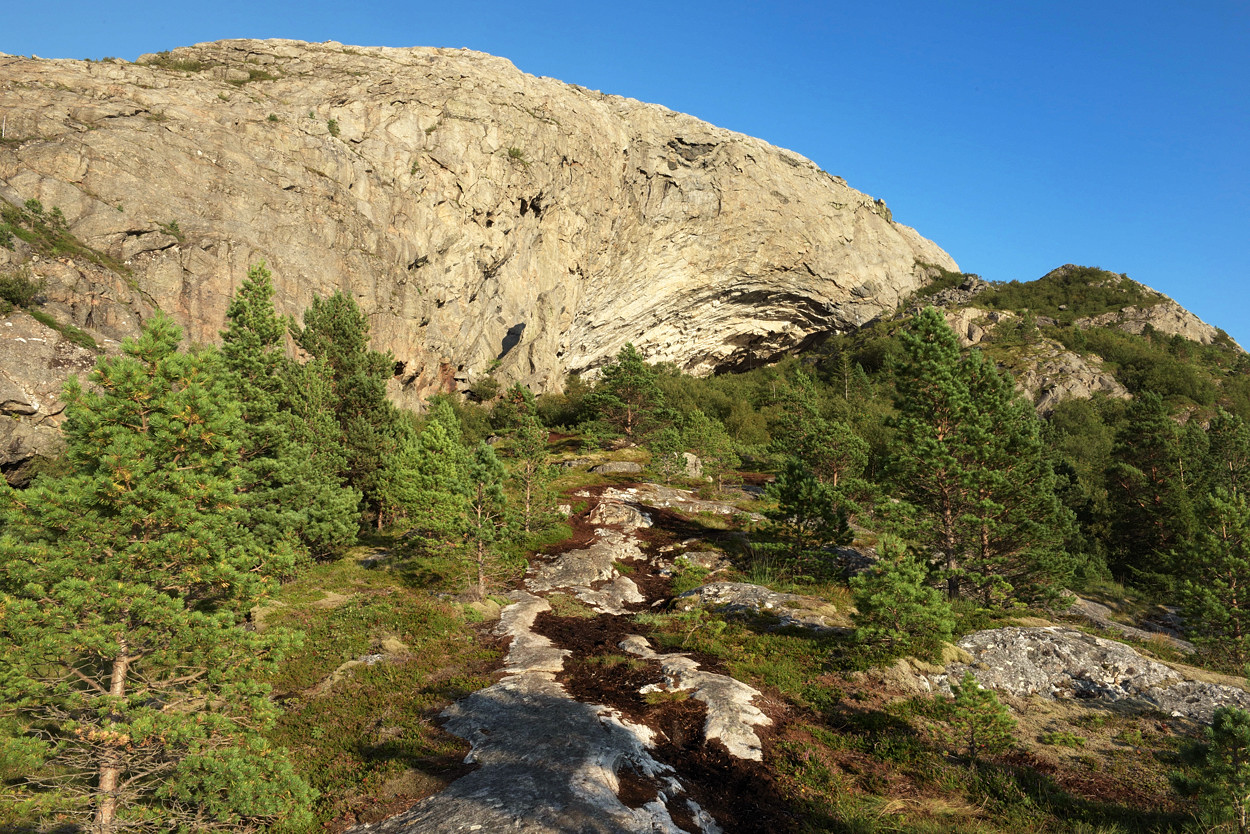 The mighty Hanshallaren, Flatanger; Move climbs from the very back of the cave to a point roughly halfway out to the main lip clearly visible in the photo. Photo Keith Sharples

Seb didn’t return in 2018 but spent the year smashing out a number of new F9a/9a+/9b routes in France as well as repeating a number of other F9a which he did really quickly. We asked Seb if that was that a deliberate policy to concentrate on doing long hard routes quickly presumably in preparation for Move? ‘Yes definitely, I was preparing myself in Spain and France with a lot of hard route and training.’

Finally, Seb returned to Hanshallaren in early June of this year. In doing so however he faced the same conundrum that many climbers face when returning to a route they had previously been injured on. Seb explained his approach; ‘It was quite a battle not to get injured a second time. I had written all the beta down to remember all the details for next trips. That was the key, not to work the sequence too much in order to preserve myself.’

As usual conditions had been very changeable this spring at Hanshallaren. Typically during June it gets increasing hot and climbers often climb late in the evening taking advantage of the cooler temps and the longer days. Seb told Climber how his redpoint went; ‘The redpoint go was EPIC!!!!! Conditions were disaster… Wet, humid and hot. I firstly slipped off at the fourth quickdraw on the 8b part. I went down and started again. Everything was wet, the crack of Little Badder, the 8b part and it was so hot. But at the end, it worked out up there – I’m so happy now!’

So having invested a considerable amount of time how does he feel now; ‘I learnt a lot during this journey, about myself, about injuries, about pressure, about climbing, and about life. That's why doing this route is the icing on the cake. Move is one of the hardest routes in the world, but that was not my first motivation. I choose this route because it's a MEGA LINE, it's hard and beautiful, and I was inspired. I think this year everything went well for me, during the preparation and during the trip. This year I feel stronger in the mind and in the body. I had a good physical and mental preparation, not too much emotions! That was the key also.’

And what about the grade? ‘It's the hardest route I did at the moment. I have no experience in 9b+ grades. So It could be easy 9b+ (Adam was thinking 9b+ but said 9b/+ because this route it's not so much his style) or super hard 9b. I think the 9b/+ grade could be the good one. Let see with the next repetitions.’