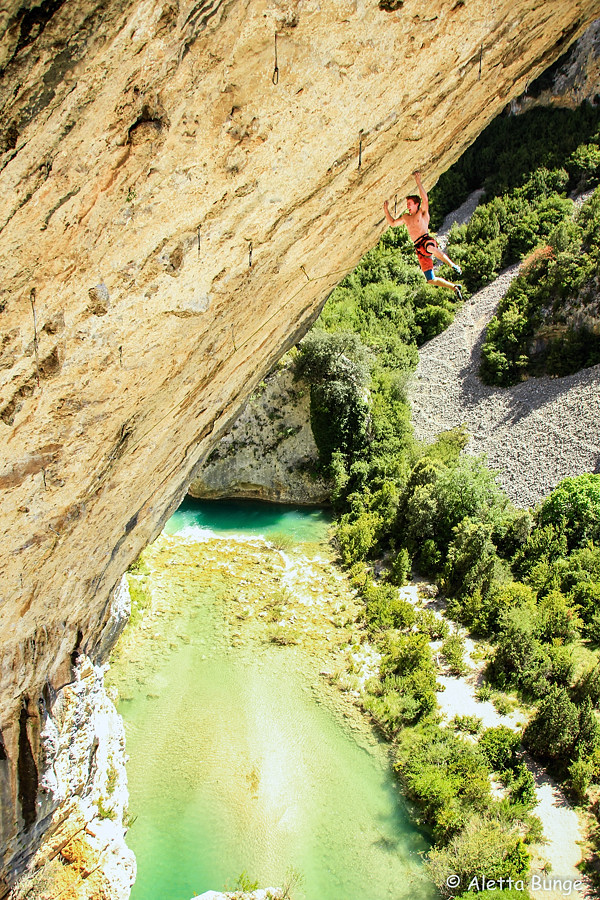 Seb Bouin on the first ascent of detectives. Photo @aletta.bunge_beziehungscoach

The line, originally bolted by Chris Sharma and Dani Andrada, is on the Picineta Sector at Rodellar. Seb is unequivocal about the quality is seems. ‘It's for me the best line in this grade in Rodellar’ Seb wrote his IG feed.

Seb first tried the route four years ago but wasn’t able to finish it off on that occasion. However, since then Seb has been smashing out the routes all over Europe with what becoming a consistent regularity. Earlier this year Seb made the second ascent of Move (F9b/+), Adam Ondra’s testpiece in the Hanshallaren cave at Flatanger.

By all accounts though the ascent nearly didn’t happen as his car broke down on the drive to Rodellar! Abandoning his car on the side of the road – for later rescue -  Seb continued to Rodellar with friends. Friday morning didn’t start well either as it was raining. Just as well he stuck to the game plan though as he got straight on with job in hand and redpointed Detectives on his second attempt of this trip. He’s now got his eye on a number of other lines before the rains arrive! Bouin is a man on a march!!