Seb Bouin has just knocked off a couple of F9a’s whilst on an ‘easy routes’ trip to Italy. 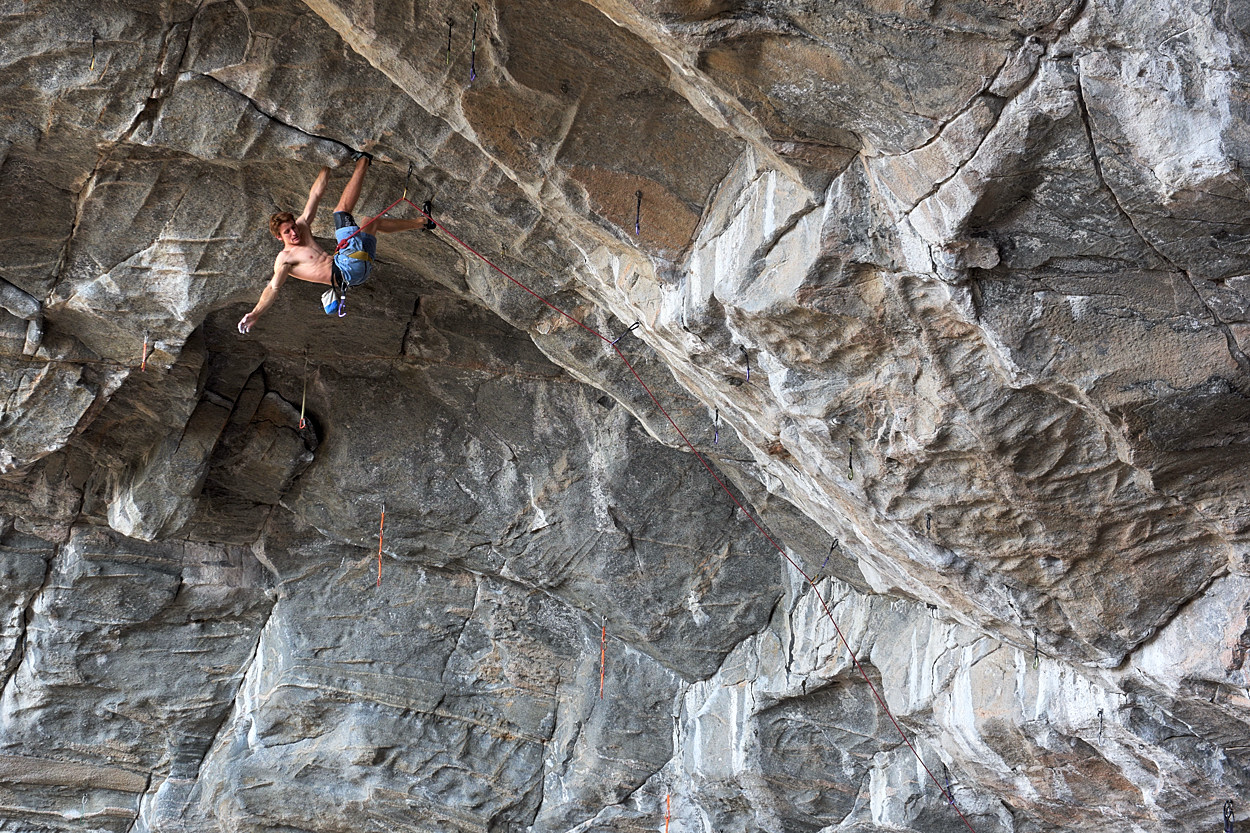 Seb hanging around whilst taking a burn on The Move – a monster 40m+ F9b/+ route in the Hallshallren Cave, Flatanger. Photo Keith Sharples

Over the late summer Seb Bouin, one of France’s very best sport climbers, was pulling down hard on The Move, Adam Ondra’s F9b/+ in the Hallshallren Cave at Flatanger. He was getting closer and closer but the constant redpointing was taking it’s toil on Seb - not least with a finger injury. In early September he returned home to France for some R&R; in this case - rest and re-train.

Seb has been in touch with CLIMBER with an update on what he’s been up to since and it seems he’s been crushing in Italy! To get back into the groove again Seb decided to head over into Italy for some easier routes and some on-sighting although that’s not exactly how it turned out as Seb explains…

“First we went San Rocchino in Camaiore. I did some onsight up to F8b for the two first days. Then I decided to try La Terza Eta (F9a) linked by Adam Ondra. Well, I was pretty surprise to do all the sections and do it in eight goes.”

He then had a play on Naturalemente – an F9a+ linked by Adam Ondra but he figured it was too hard to send during a short visit. Next up Seb had three days at Castelbianco. Seb again; “There I tried Perfect Man (F9a) linked by Mateo Ganbaro and Adam Ondra. I did the third ascent in six tries using different betas than Mateo Ganbaro which may make the route easier.”

Not bad for a short ‘easy’ trip! We’ll be hearing more from Seb for sure in the coming seasons.