Seb Bouin fires Beyond Integral another 9b/+ first ascent


Continuing his one-man mission to put France back on the sport climbing map, Seb Bouin has added Beyond Integral F9b/+ at Pic Saint Loup. 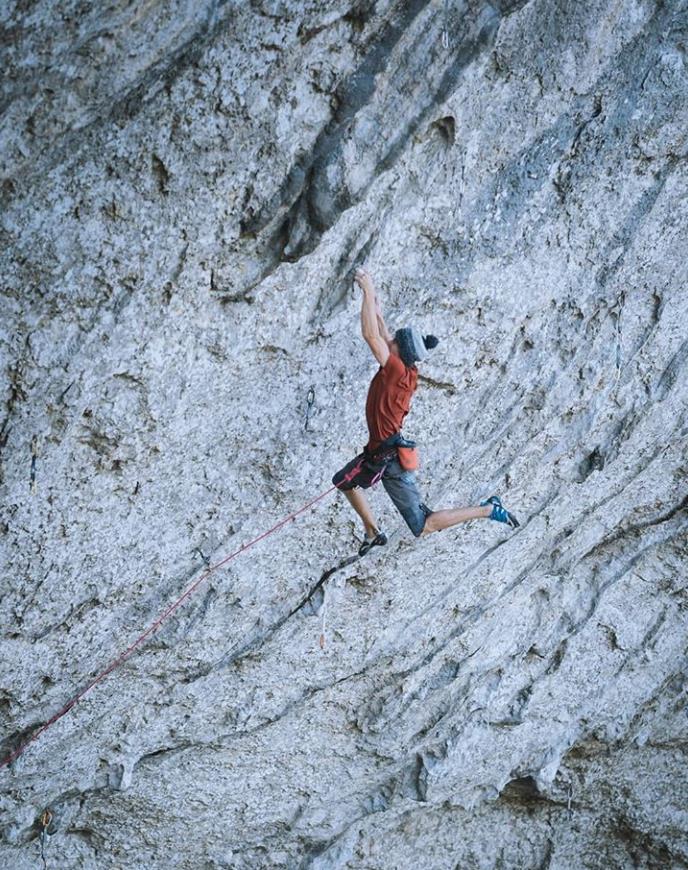 The 50m route, originally bolted by Fedric Ferraro, sits at the top of the North Face of Pic Saint Mountain.  Seb, no stranger to 9th-grade routes, describes the line in some detail; “This 50 meters route is composed of two parts : a first 9a+ followed by a 8a+ boulder problem. The moves are amazing and spectacular, jumps, drop knees, hills, tuffas, crimps,... all the ingredients for a perfect project. There is a good rest between both parts.”

A week ago Seb got close to the first ascent. Despite falling on the last move twice Seb remained positive; “One time hesitating on the feet, and one time fully pumped. Recently we got amazing days on the Pic Saint loup, super windy, the best friction ever. I hope I will be able to climb again the whole route without falling on the top 😁. For compensation, I made the FA of the first part Beyond which is now F9a+ (because of the break of a key hold on the second crux).”

Success came for Seb soon after. “After days and days on the top of the north face of the Pic Saint Loup mountain, I am more than happy to make last Tuesday the FA of Beyond Integral F9b/+” he said.

Understandably for a route this difficulty, it took some working out as Seb explained; “I can't count how many times I went on the upper section trying to find a sequence. That's the FA privilege 😁. This place means a lot to me. It's super cool to climb on the top of this beautiful mountain, dominating the valley.”

Finally, Seb commented on the grade; “About the grade, it's hard to have a clear mind and to pronounce myself. I spent a lot of time to find the sequences. I think this route is on the same range as Move or La rage d'Adam. That's why I propose F9b/+. Waiting for some climbers to try this [route].”

Seb also did the first ascent of Terra Nova F8c+, another line bolted by Fedric Ferraro. Seb described it; “It's a nice line with a spicy end 😄.”

Seb’s has had another excellent year following on from his incredible run of hard routes he climbed last year – click here for our report on his last hard route of the 2019 season, The Dream (F9b).