A month after arriving in Albania Seb Bouin has made the first ascent of The Dream (F9b). 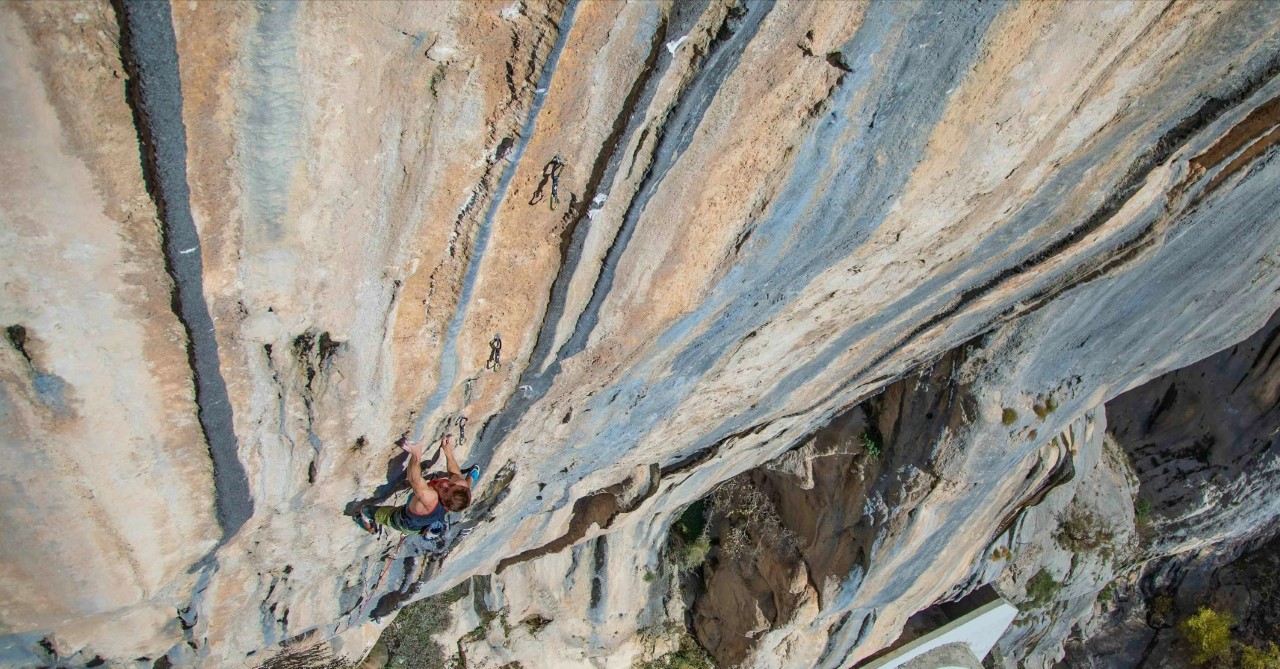 Seb Bouin on the first ascent of The Dream. Photo Etienne Tafary/tchaloprosuctions

It seems that Seb Bouin isn’t out of the news for long at the moment – back in November he had a storming trip to Rodellar where he did numerous routes including the second ascent of Patanics (F9a+) – click here for our report on that ascent). Following a short stop back at home in France, Seb was on the move again heading to Albania with a couple of mates and his mum.

Leaving home they drove through France and then stopped over for a few days climbing at Misja pec. After Slovenia, they drove on though Croatia, Bosnia – Herzegovina and Montenegro before finally arriving in Albania. Sadly, their arrival coincided with a deluge and much of the main crag at Brar was soaking wet.

However, that didn’t slow Seb down for long and after a couple of ‘warm-up routes’ (F8a and an F8b) he was able to get on his main objective for the trip; The Dream. This had been bolted by Adam Ondra on a previous trip and given a prospective F9b grade.

By the end of November, the wet tufa’s on The Dream were still causing Seb problems but he was able to dry much of it and get stuck in to the project as well as bolting other new routes. Fast forward to mid-December and the team had bolted a dozen or so new routes at different crags around Albania’ capital, Tirana, plus Seb had progressed on The Dream such that he’d fallen twice after the crux section.

Remarkably, and as with Patanics at Rodellar, Seb was able to redpoint The Dream despite wet holds. He graded it F9b writing on-line about his first ascent. “After a huge battle against water and conditions, I finally made the first ascent of this incredible line bolted by @adam.ondra last year.
I did this route last Monday with a perfect weather.
It's exceptional to have a route in this level with so many tufas.
Happy to close this project just before to leave, and just before Christmas ?. I guess it's a good present ?.”

Seb’s ascent of The Dream caps off an amazing year. It’s interesting to speculate but Seb is one of the few top climbers who isn’t active on the competition scene and has therefore directed his energies entirely towards climbing outside. Seb has gone from project to project during the year and is, very definitely, on a roll!