On October 30th, Seb Bouin did the second ascent of Patanics at Rodellar. 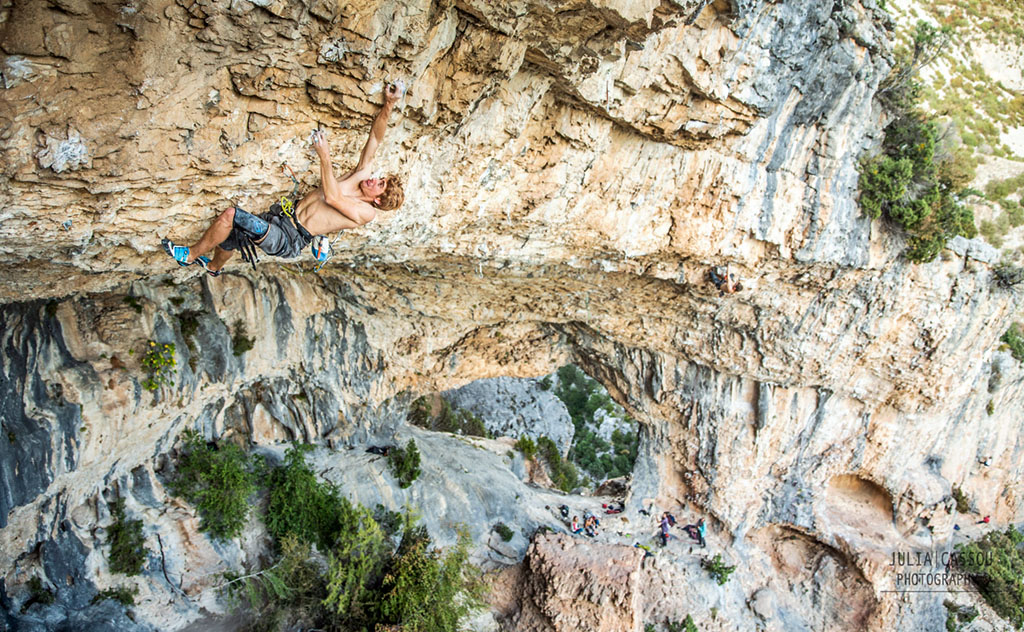 Bouin’s trip had been fairly eventful. Firstly his car had broken down on the way to Rodellar, then he did the first ascent of Detectives (F9a), then he switched to trying Patancis only to fall off the last move on his second day, then it rained and rained and rained and everything got soaked and then he got a piece of metal in his eye!

A quick trip to the hospital was enough to remove the offending piece of metal from his eye but he was told to keep a patch over his eye for a couple of days! Being an impatient climber with routes to climb, Seb tried climbing anyway only to find it impossible.

Having re-worked Patancis and developed new beta to avoid the wet hold he removed the eye piece and – somewhat against the odds – managed to do the second ascent.

Addressing the issue of the grade for Patanics Seb had this to say: “I am thinking it can't be F9b if I compare to my last realizations (Mamichula, Move, and La rage d'Adam). For me it feels closer to F9a/+. Yet the route is 100% my style, that's why my opinion is to propose a downgrade to a F9a+.”

Whatever the grade, the climbing looks awesome, click through here to watch the uncut footage of Seb on the send.