Romain Desgranes and Janja Garnbret continue their amazing form taking gold in the fifth round of the IFSC Lead World Cup in Edinburgh over the weekend. 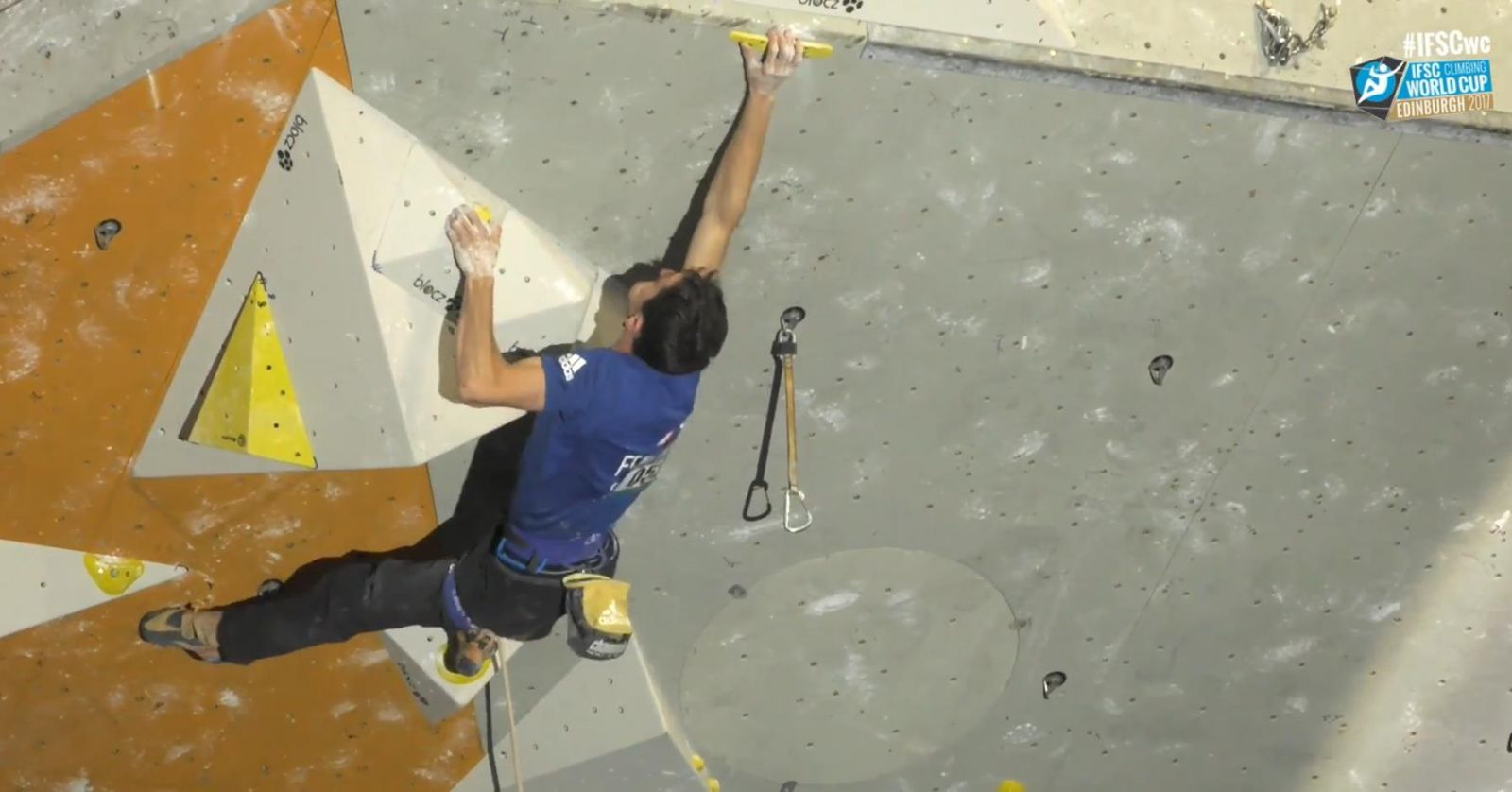 Romain Desgrandes – close to the top on the final route – securing his 3rd WC Lead win of the season in his 100th WC Lead event!

International senior comps made a welcome return to the Edinburgh International Climbing Arena (EICA or Ratho for short…) over the weekend - it’s been 14 years since the last IFSC senior comp was held in the UK. Also included in the weekend’s schedule was a IFSC Speed event and the second Paraclimbing Cup of the season. In total nearly 200 athletes competed in the events. 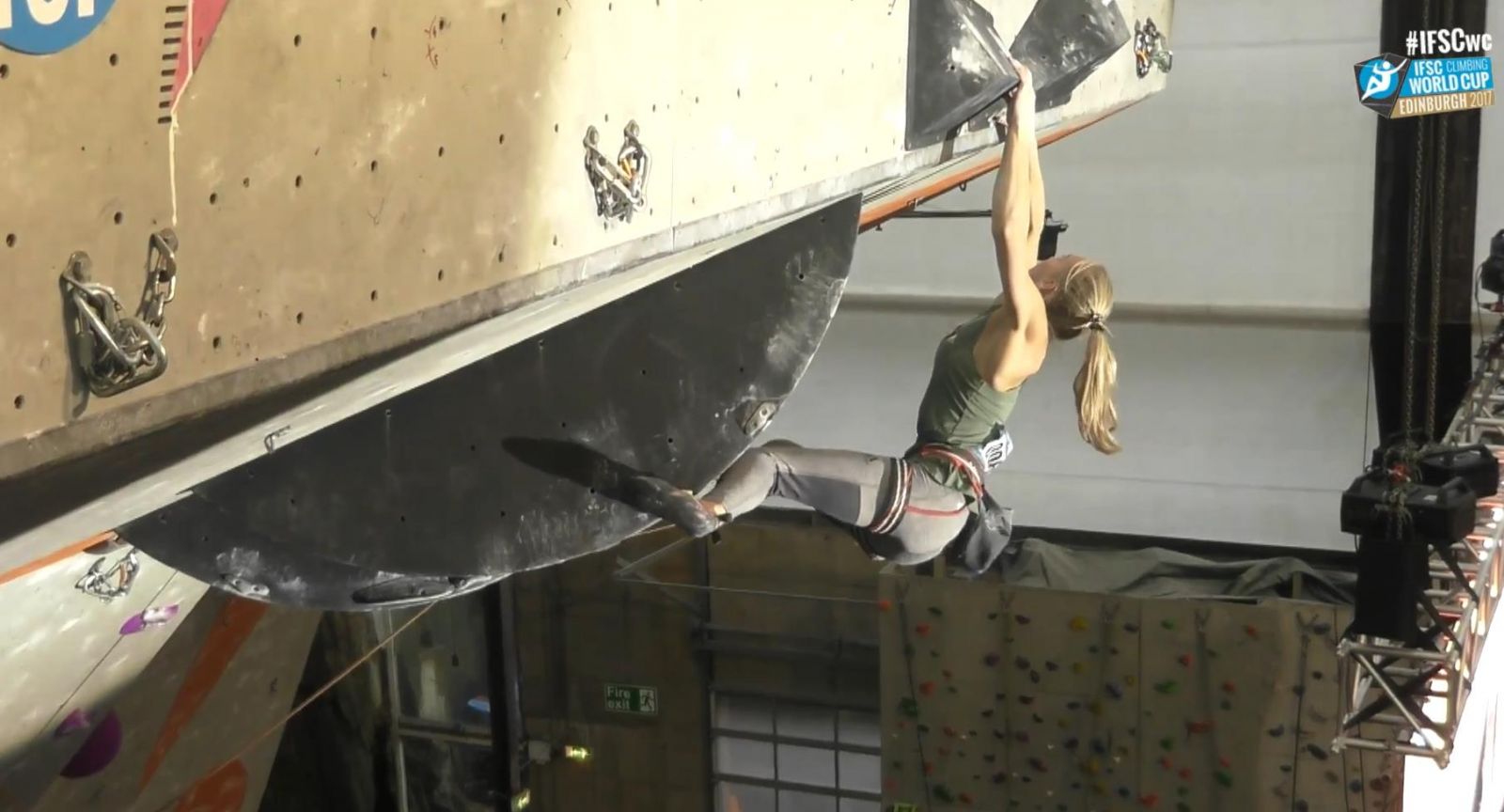 Janja Garnbret – getting timed out… but winning (just) on countback!

A sizeable cohort of Team GB athletes were involved in the action including both Will Bosi and Molly Thompson-Smith who respectively finished in 11th and 8th after the qualification rounds on Saturday and went through to the semi’s on Sunday. Joining Will and Molly in the semi’s, was both Hannah Slaney and Jennifer Wood. Sadly Jim Pope just failed to make cut into the semis as did Kitty Morrsion, Jo Neame and Isabelle Adams. Another climber missing on the semis was the German power-house Jan Hojer. Hojer was so frustrated that he promptly entered the speed competition and broke the German speed climbing record – amazingly not once but twice! That climbers of this ability are missing out on the semis is testament to the standard of climbing in these WC rounds as well as the high numbers of climbers climbing incredibly well.

Whilst the qualification rounds saw lots of tops – in both the mens and women’s event - the semi’s saw remarkable few tops. Stefano Ghisolfi and Jacob Schubert alone topped the men’s semi whilst none of the women made it through to the ‘chains’. In fact the vast number of women in the semi’s all fell relatively low on the route clustered around 13/14/17th holds. Janja Garnbret alone looked the part finally falling off 42+. Much to the delight of the crowd Hannah Slaney, climbing in only her second ever WC lead senior comp, made it through into her first ever final and thus ensuring that Team GB would be represented at the highest level.

Cometh the final the crowd at the EICA were shocked when the setters had finished their job leaving only volumes – without any holds – for the first 17 moves on the women’s route! Likewise in the men’s final the first holds were both ends of a giant half barrel jumping distance off the ground! Nerves were jangling that the setters had over-cooked it!

The men’s final was a pretty close run route with no less than four of the field falling at exactly the same point. Whilst Stefano Ghisolfi was looking to seriously improve on his position in Arco, Jakob Schubert was aiming to  replicate his Arco performance. However, it was Romain Degranges – climbing in his 100th WC Lead competition – that cruised to a clear victory passing both his closest rivals Ghisolfi and Schubert who finished in second and third respectively. The intense boulder route proving exciting to watch. 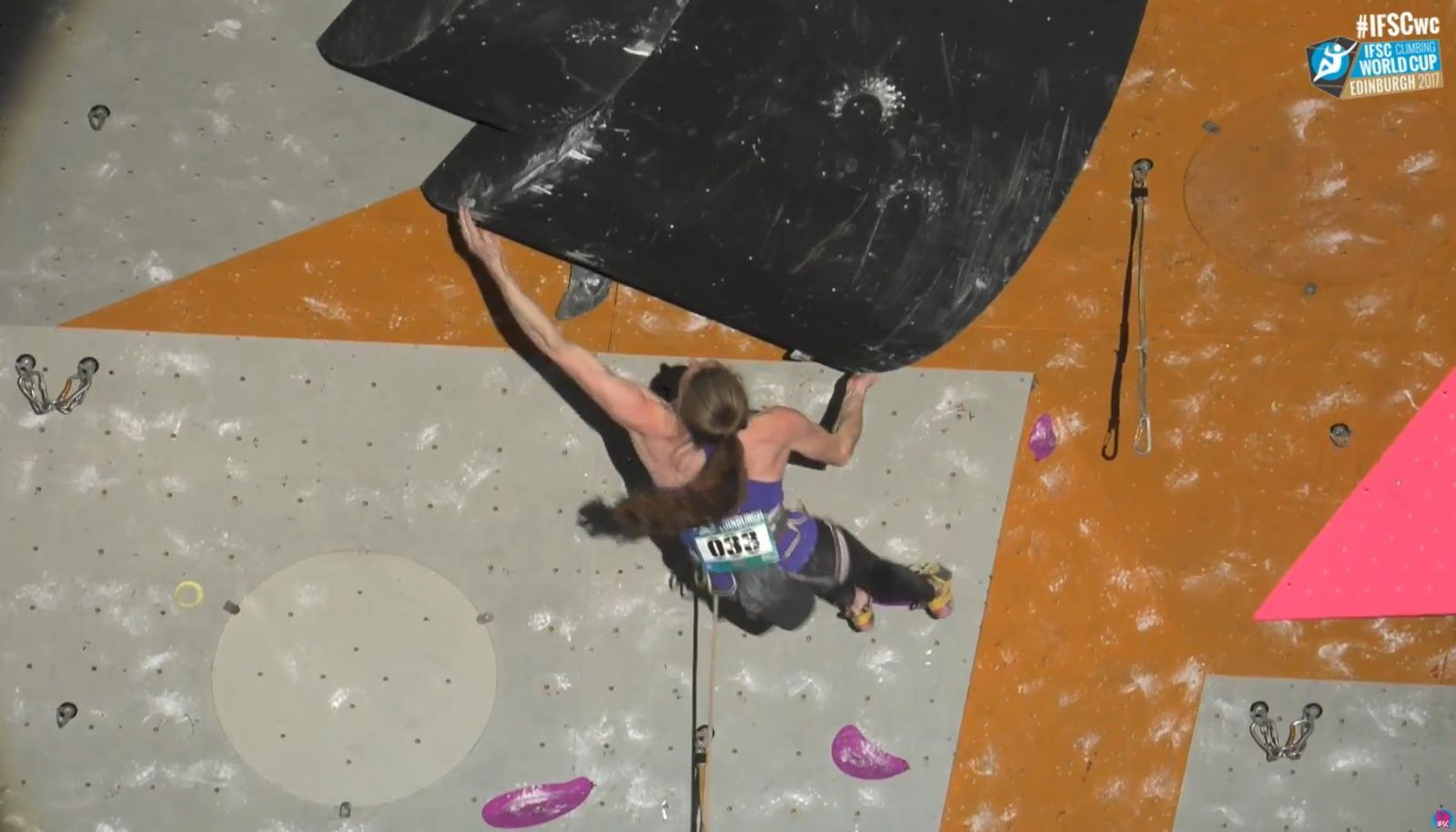 Time proved crucial on the women’s route not least because most of the competitors climbed the ‘hold-less’ start pretty slowly. Climbing early in the final Jessica Pilz put down and early marker for the other competitors to better when she cruised through many of the obvious difficulties only falling high up on the double-barrel final obstacle. Hannah Slaney did a stonking job in her first ever final climbing in a positive and assured manner falling only 4 moves shy of Anak Verhoeven’s position; a significant achievement for Hannah given that Anak had just redpointed F9a+ outside! All eyes were on the diminutive figures of Ashima Shiraishi and Jain Kim whilst they climbed; both lost contact with EICA on moves 41+/41 respectively. Like-wise the crowd watched every move of the final climber, Janja Garnbret. As usual she cruised her way up the wall but like Ashima and Jain she too run-out of time and finished rushing at the final moves. In the end the judges decided that Garnbret and Pilz both fell off move 42 – so Garnbret’s higher position in the semi’s clinched her the win and her fourth gold of the season.

In terms of the overall ranking in the Lead WC Romain Desgranges holds a commanding lead of 389 points – some 154 pts above Stefano Ghisolfi in second place. Likewise, Janja Garnbret has 465 points and a 100pt lead over Jain Kim in second in the women’s. The highest placed Brits are Jim Pope who holds 46 points in 28th place in the men’s and Molly Thompson-Smith on 106 points in joint 12th place overall. 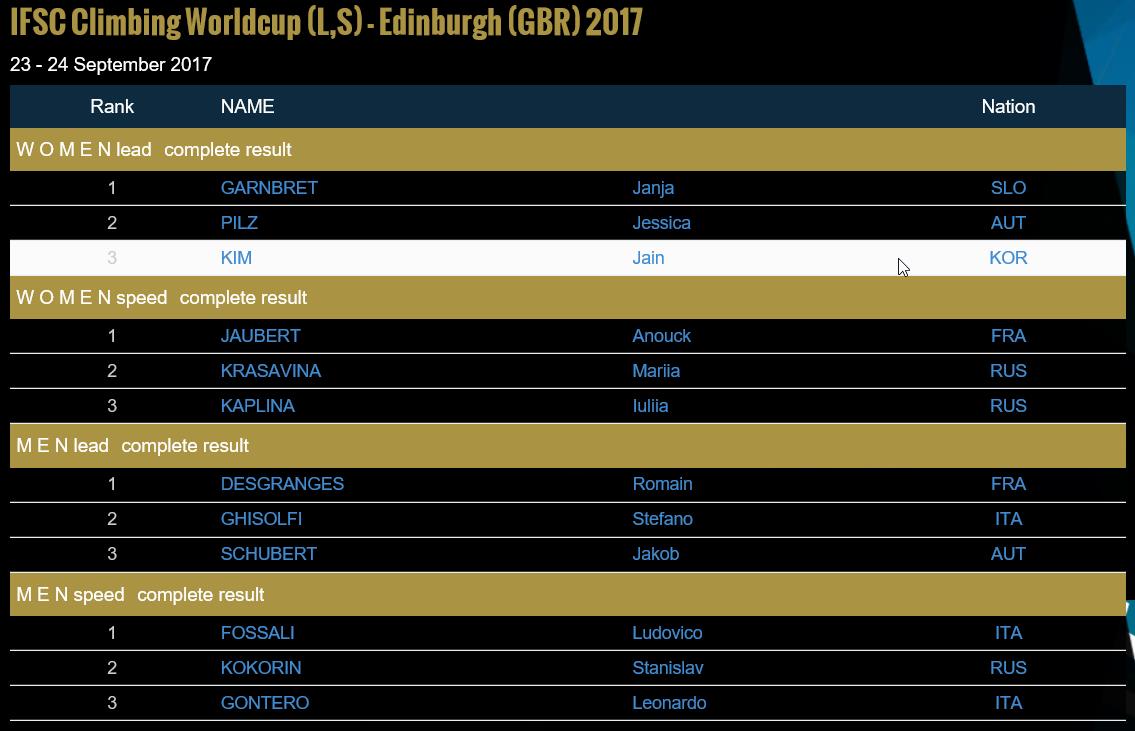 The podium places at Edinburgh in the lead and speed events.

For the full result in the lead, speed and paraclimbing go to the IFSC website here.