Seventeen years after first setting eyes on Digital Crack, John Roberts has finally got the tick! 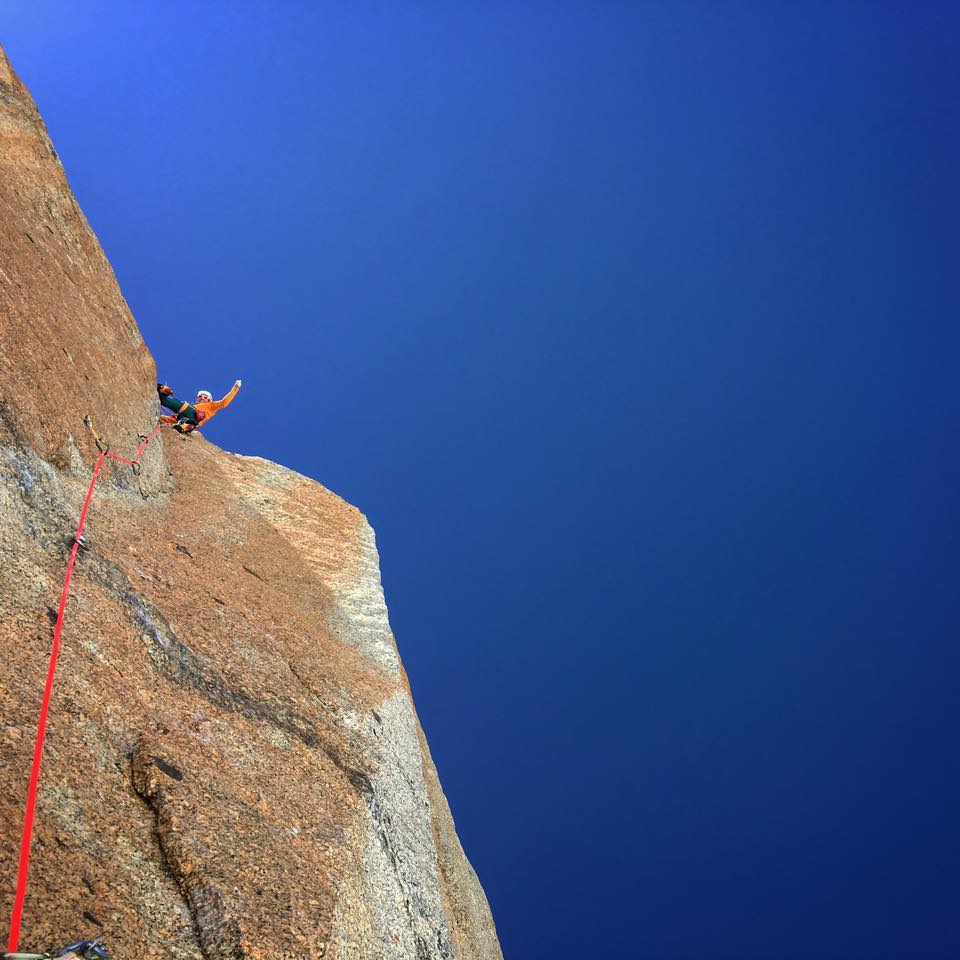 Located on Cosmiques Arete high in the Chamonix Aiguilles, Digital Crack is Europe’s highest F8a/+. Painfully sharp holds and the altitude limit the number of attempts that is possible on Digital Crack in a day – plus it is blasted by the sun for most of the day. Originally graded F8a, it’s started to appear as F8a/+ in guides recently.

Digital Crack on the Cosmiques Arete.

John explains on social media his fascination with Digital Crack: “Aged about 17 I rocked up in Chamonix, with Chris, and the first route I ever did here was Cosmiques Arête. I remember looking up at Digital Crack, and thinking one day it would go. 16 years later, and finally, today was the day.”

It wasn’t all plain sailing as John explains: “After many frustrating attempts, split tips, bad weather, a broken ankle and a year of extra training, it was pretty bloody good to stand on top of it this afternoon!”

John and his ‘support team’.

And on the grade: “It's actually given 8a+ in a few places now, but it's too difficult to judge. Harder than the last 8a+ I did! It's basically a fiercely fingery 6m V7, into a 7b, but the altitude burns... (after the 6cish first pitch) and you get very few goes per day as (in Hazel's words) it's sharper than a bag of biting weasels.”

So what is John doing next? “Time for a burger and a beer...”