Following a long legal battle, the Karnataka authorities were given permission by the Indian Supreme Court on February 11th to ‘bulldoze’ the village of Virupapura Gaddi on Hampi Island. 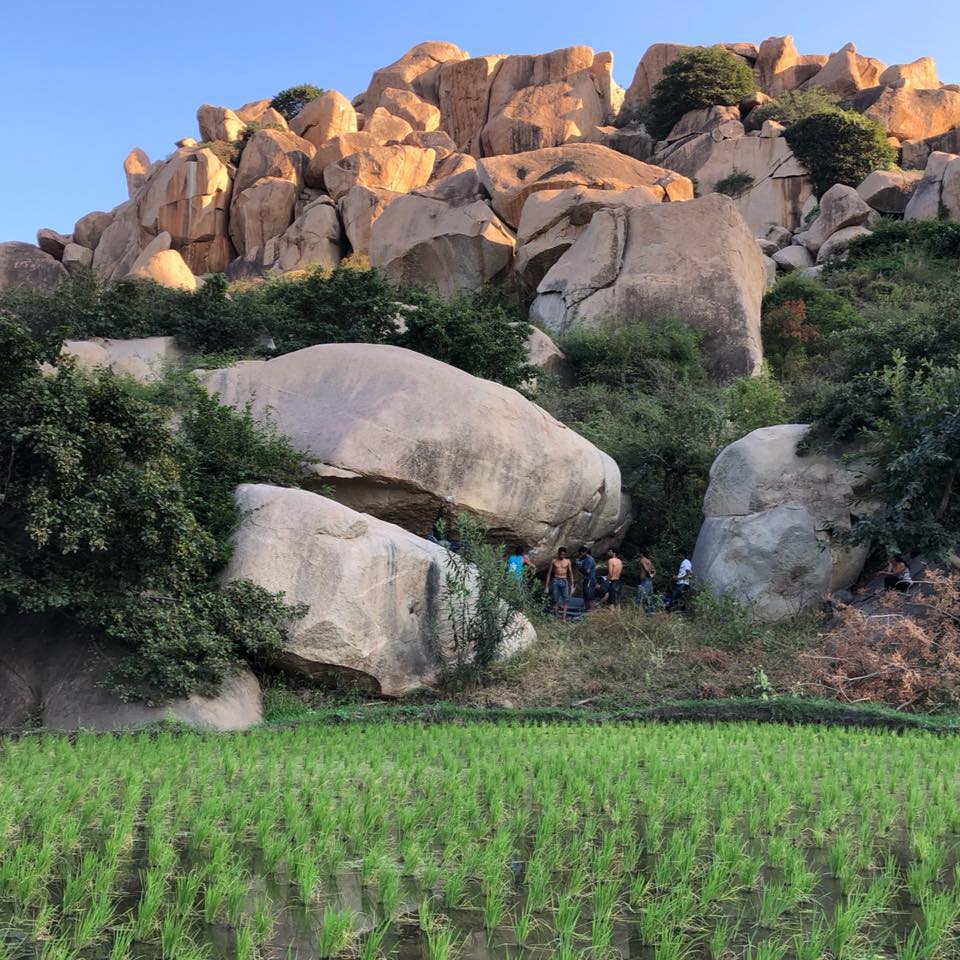 In 1986, Hampi became a UNESCO World Heritage Site. Located in east-central Karnataka, India it has long been a pilgrimage centre of the Hindu religion. As we know, Hampi is located in hilly terrain formed by granite boulders and it is those boulders which have acted as a magnet for climbers for many years.

The legal wrangling, which began in 2011, involves the demolition of ‘illegal’ buildings used as restaurants and hotels which were constructed in Virupapura Gaddi – a.k.a. Hampi Island – an oval islet formed by Tungabhadra river and located west of the Hampi World Heritage site.

The Indian Supreme Court ruled last Tuesday however that these buildings were in violation of the historical monuments and archaeological sites legislation and that they should be demolished. Click here to read more about this ruling on LiveLaw.in here. https://www.livelaw.in/top-stories/hampi-sc-upholds-direction-to-demolish-constructions-in-virupapura-gaddi-152629

Occupiers were given notice to evacuate ahead of planned demolition.

Almost inevitably there is speculation that once the demolition has been undertaken and ‘local’ tourism ‘stopped’ then big businesses will construct new amenities such as expensive hotels and restaurants etc. to capitalise on the opportunities.

Clearly, climbing in the area is currently on a knife-edge!

A Facebook page Climbers for Hampi has been set up for those that want more information and to help stop the demolition. Click here to go to that page.

In addition, there has also been a petition set up on change.org so that people want to support the effort to stop the demolition can sign. Click through here to go to that.