Edinburgh International Climbing Arena – a.k.a. Ratho – is to host the 2019 IFSC European Championships for lead and speed later this year. 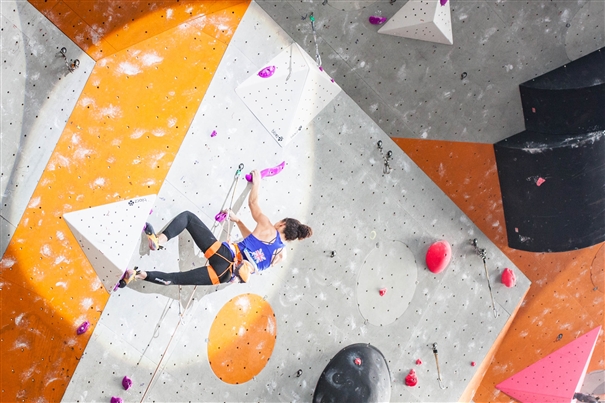 This is an important event not only for the IFSC and all concerned here in the UK, but this will be an excellent opportunity to see some of the best climbers in the UK and from Europe compete as they work towards the 2020 Olympic games in Tokyo.

Wolfgang Wabel, IFSC European Council President, said: “Edinburgh put on a fantastic show of climbing and paraclimbing in 2017, and we are confident the organising team will continue the proud legacy at the IFSC European Championships for Lead and Speed in 2019.”

Paul Bush OBE, VisitScotland’s Director of Events, said: “This is a great result following all the work that has gone into securing a second successive climbing event for Edinburgh after the success of the World Cup at EICA: Ratho in September 2017. Scotland is the perfect stage and EventScotland is delighted to be supporting the return of international climbing to the Scottish capital.”

Councillor Donald Wilson, Culture and Communities Convener, said: “As Europe’s largest indoor climbing arena, Edinburgh’s EICA is the perfect venue for the European Championships! We’re looking forward to welcoming this high-profile event to the city – it will provide local people with the opportunity to see some of the continent’s best mountaineers in action, while also broadcasting Scotland’s Capital to sports channels and climbing fans all over the world.”

Zoe Spriggins, BMC Competitions Programme Manager, said: “The British Mountaineering Council is proud to be able to assist Edinburgh in hosting this event. It will not only be a highly exciting competition in its own right, but is also the last chance to see our GB athletes competing on home soil ahead of Tokyo 2020.”

Jamie Smith, ClimbScotland Team Leader, said: “Mountaineering Scotland are excited to welcome the IFSC European Championships to Scotland this year. It is great to see our National Centre being host to the competition which will see some of Europe’s top climbers battle it out over the two days of competition. This event is a great opportunity to inspire our next generation of young climbers as well as helping raise the profile of the sport nationally. This is an exciting time for climbing now being an Olympic sport and Tokyo 2020 just around the corner.”

Lindsay Renwick, Head of Customer Operations (West) at Edinburgh Leisure said: “We’re delighted that Europe’s largest climbing arena is once again able to show off our world class climbing facilities at EICA:Ratho, following the success of the IFSC World Cup and Paraclimbing World Cup in September 2017.”

The European Championships will take place from 5-6 October 2019.

Back in 2017 when Ratho hosted the fifth World Cup of the year, the sell-out event attracted more than 1,200 spectators, athletes and coaches.