Lucka Rackovec and Adam Ondra took the gold medals in the European Lead Championship at Edinburgh over the weekend. 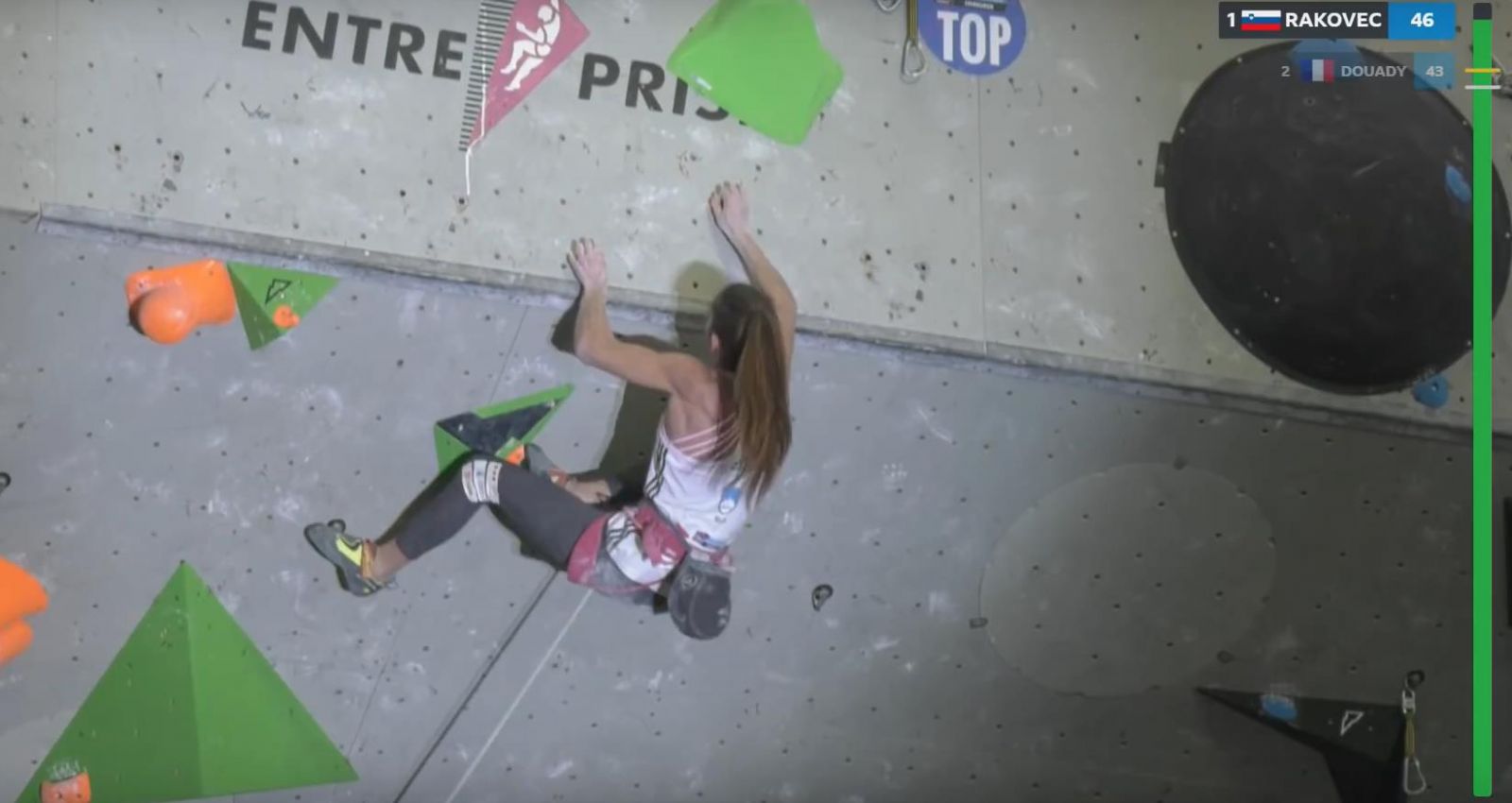 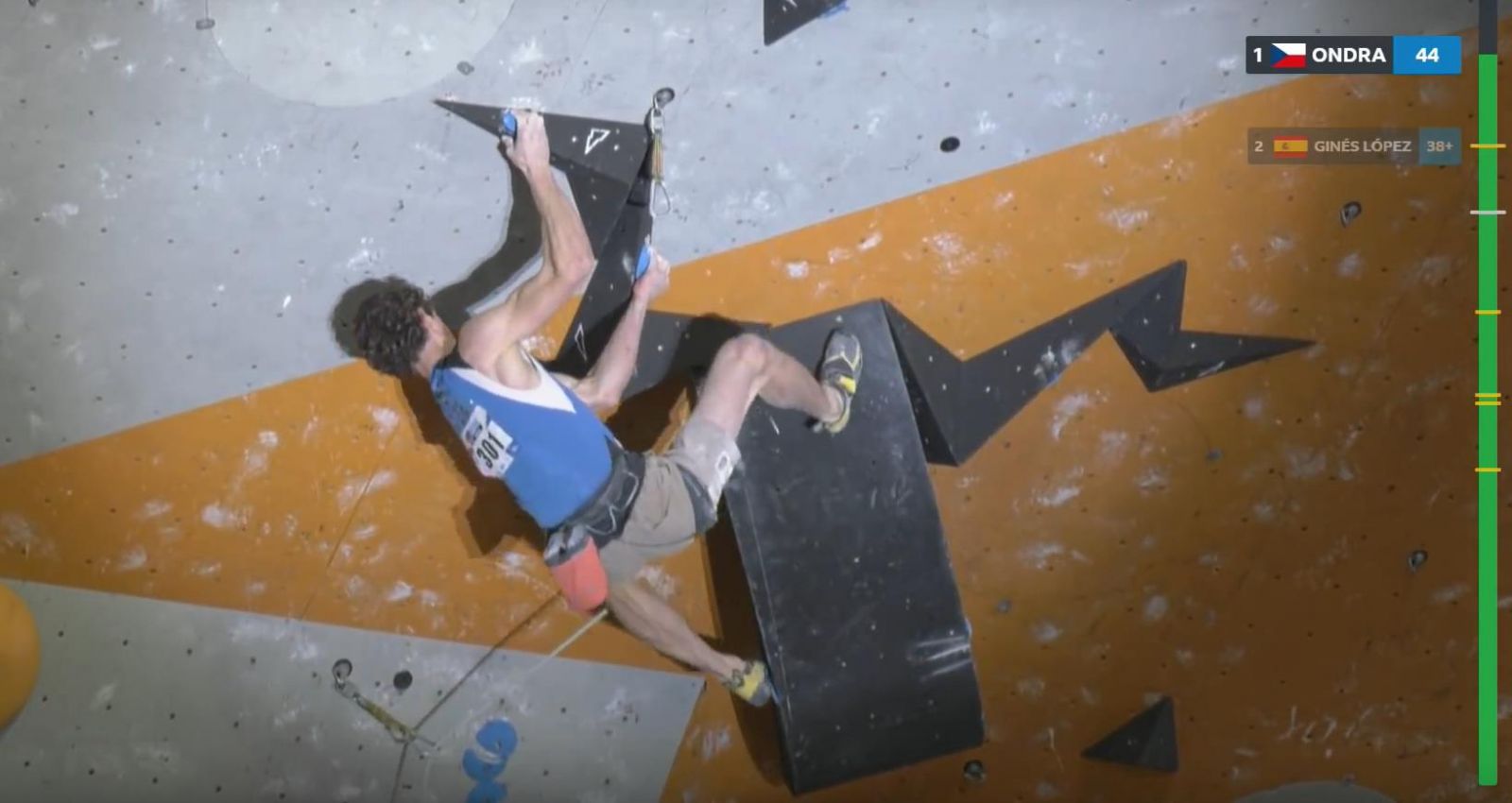 Kicking off on Saturday, the temps in Edinburgh were on the chilly side but that didn’t seem to affect the athletes nor the Championship atmosphere too much. The setters mixed the style of the routes up a little including perhaps more basic crimping that we’ve seen in some of the latest competitions. The number of tops were reduced to what we’ve seen recently also; only Anak Verhoeven in the women’s and Adam Ondra, Alberto Gines Lopez, Jakob Schubert and Romain Degranges in the men’s qualification rounds topped out on the Saturday. The semi-finals on Sunday were really challenging and whilst no-one topped Mina Markovic and Adam Ondra looked dominant.

A number of Team GB athletes made the semi’s and put in some solid performances; Molly Thompson-Smith finishing in 12th in the women’s whilst Dave Barrens, Hamish McArthur and Will Bosi finished in 18th, 15th and 9th respectively in the men’s. However, Jim Pope battled especially hard in the semi’s and came away with a thoroughly well-deserved place in the final round – his first every senior international final.

Both women and men’s finals on Sunday evening had strong line-ups; remarkably the Slovenian team were especially well represented with two men and no less than three women in the final eight.

Climbing first in the final, Luce Douady established what looked like a dominant high point on the women’s route albeit a good few moves short of the top. Howver, Janja Garnbret’s Slovenian teammate Lucka Rakovec, soon pushed past Douady’s high point to take the lead. Despite a solid effort from the young and on-form Italian Laura Rogora, Rakovec finished in the top spot with Rogora and Douady finishing in 2nd and 3rd respectively whilst favoured Jessica Pilz and Anak Verhoeven both failed to challenge. 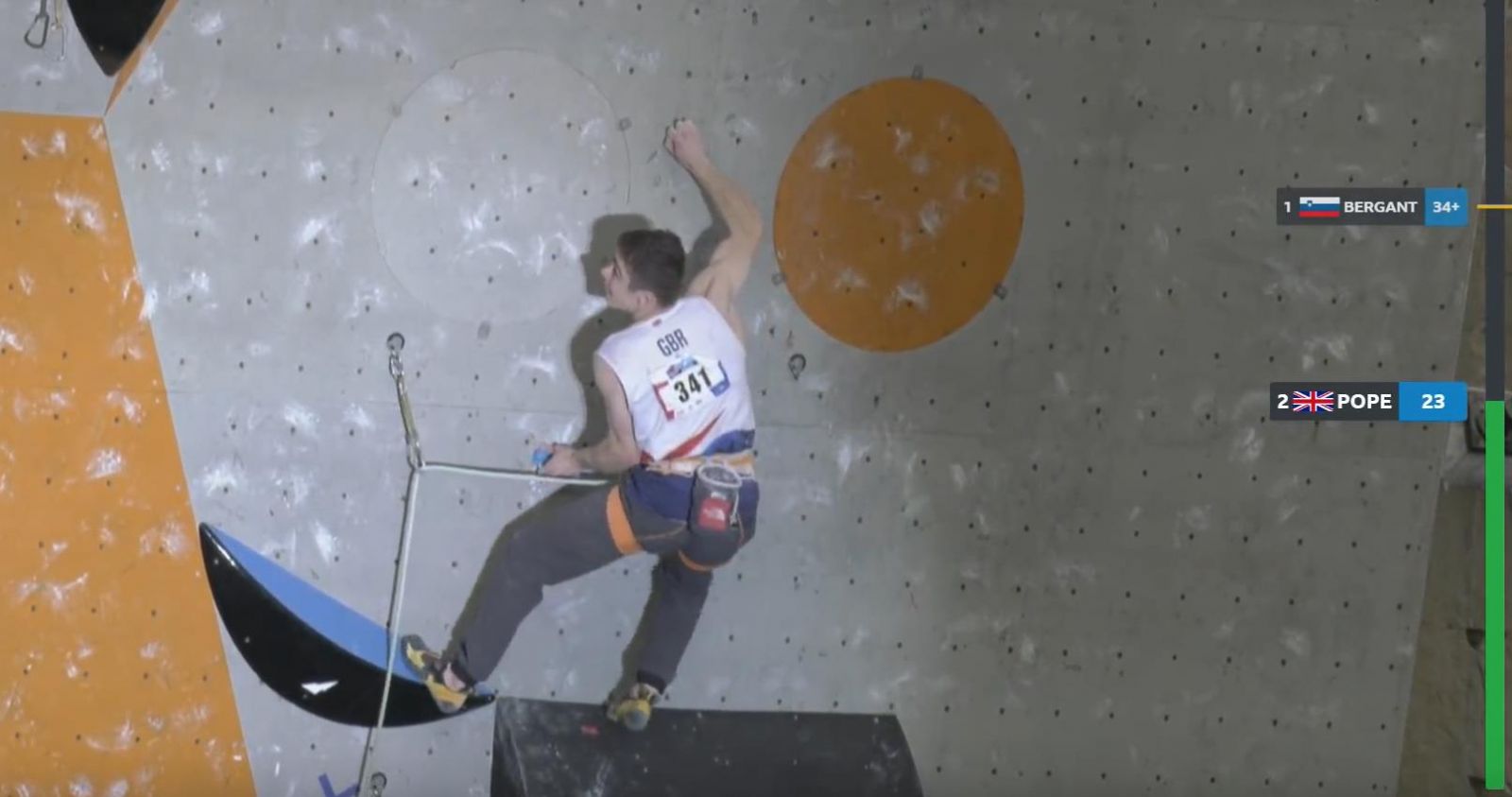 Slovenian Martin Bergant, got the men’s final underway and established a very respectable mid-height high point. Not surprisingly the Edinburgh crowd got fully behind Jim Pope when he emerged from isolation to climb next. Having put in a titanic battle in the semi’s, which must have left him pretty tired, Jim climbed well but then foot-faulted – having got his foot tangled up somewhat in the rope - on a big rounded volume whilst executing the big leftward dyno. Nevertheless Jim’s 6th place finish meant he placed higher than both Jakob Schubert and Luka Potocar. Sascha Lehmann, having finished in top place after the semi’s equalled Martin Bergant’s high point to take bronze. The young Spaniard, Alberto Gines Lopez, notched-up another four moves beyond the then high point but the win wasn’t really in doubt when Adam Ondra pulled-on and proceeded to give another masterclass performance. Although he fell just short of the top, Ondra was clearly head and shoulders better on the day than any other male competitor and deservedly took the European title. 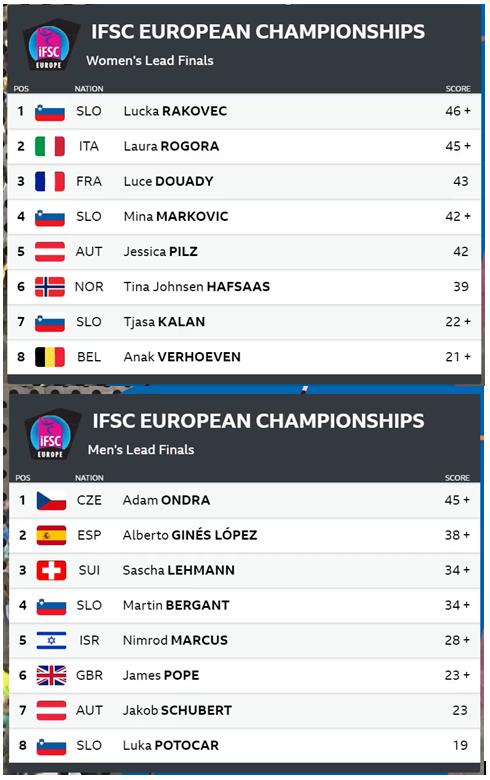 Watch the final’s livestream below…