Despite the typically wet British Bank Holiday weather at The Quay, Exeter the show – in this case the second annual DWS comp – continued with Emma Twyford and Matt Varela Christie taking the top podium positions in the senior event. 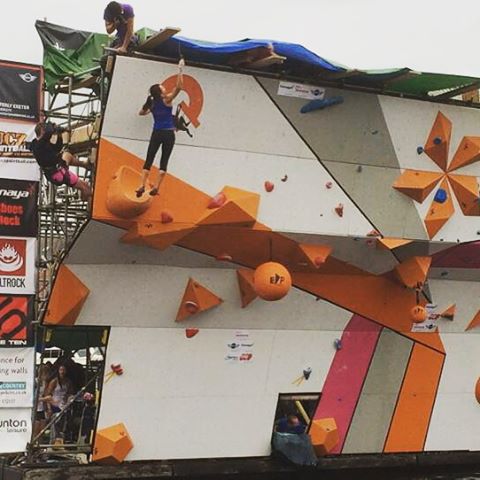 Anyone hoping for the same fairy-tale ending to the comp as last year when the sun burst through for the finals were sadly disappointed given that rain actually stopped the comp for a while this year. Competitors and audience, however, refused to have their spirits washed away and the show went on. Three competitors climbed simultaneously over the two-day event with the semis and finals taking place on Sunday 30th. In addition to the male and female open competitions, Under 16 boys and Under 16 girls comps were also run.  The rain actually came part way through the semis on the Sunday morning and Head Judge, Mick Cooke, took the decision to suspend the competition. The route setters did sterling work getting a little cover over the wall with umbrellas and tarpaulins but then the sun did, weakly, reappear enabling the women's semi to be completed, followed by the men's. Dull but dry weather allowed the finals to go ahead and a new format was very much enjoyed by even larger crowd than the previous year. The finals comprised of both speed climbing as well as a difficulty element which, although not a format that the climbers were used to, made it a very entertaining event for an audience who had not allowed the rain to put them off cheering on the climbers.  Emma Twyford took the female title and Matt Varela Christie collected the male metalwork. 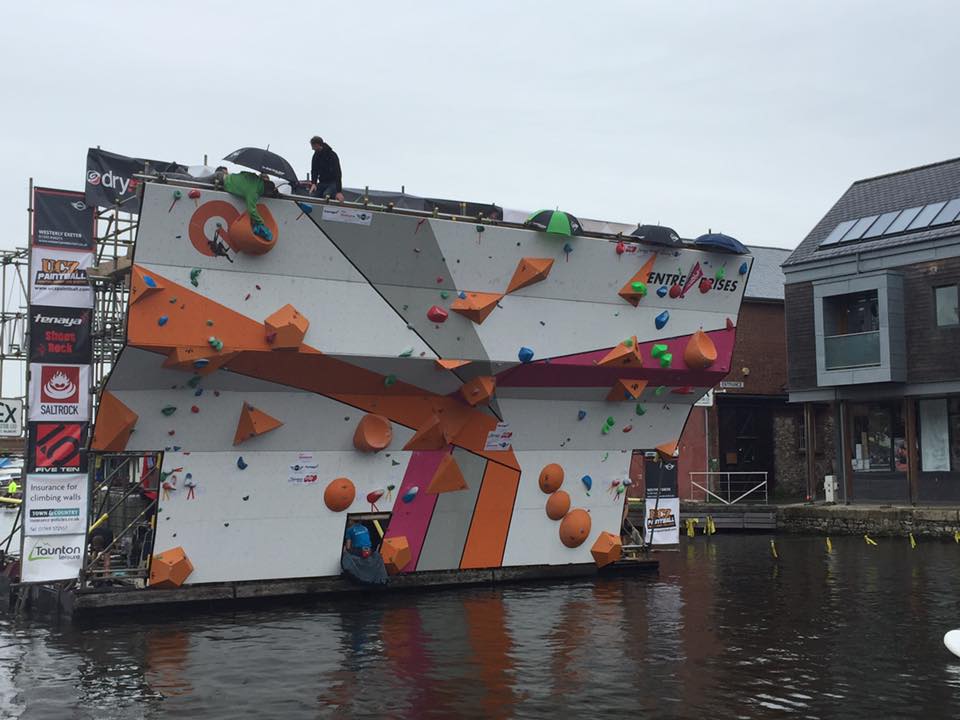 A full list of the highest placed 6 competitors in each category is below: