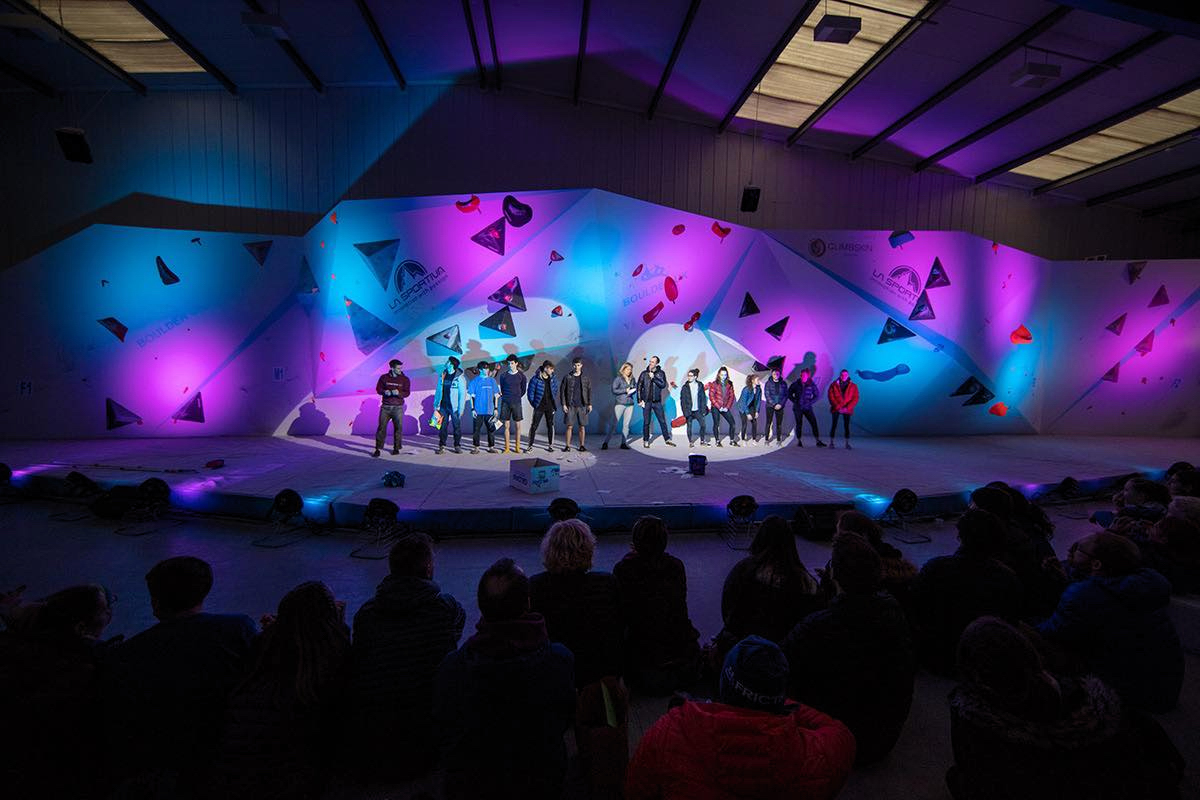 The finalist line-up prior to the show-down. Photo Alastair Lee

The Plywood Masters is Boulder UK's large annual competition, first established in 2003, at the Blackburn wall. It is much more than just another bouldering competition; it is a community event, where new and experienced climbers have the opportunity to climb alongside some of the biggest names in indoor and outdoor climbing in the UK. 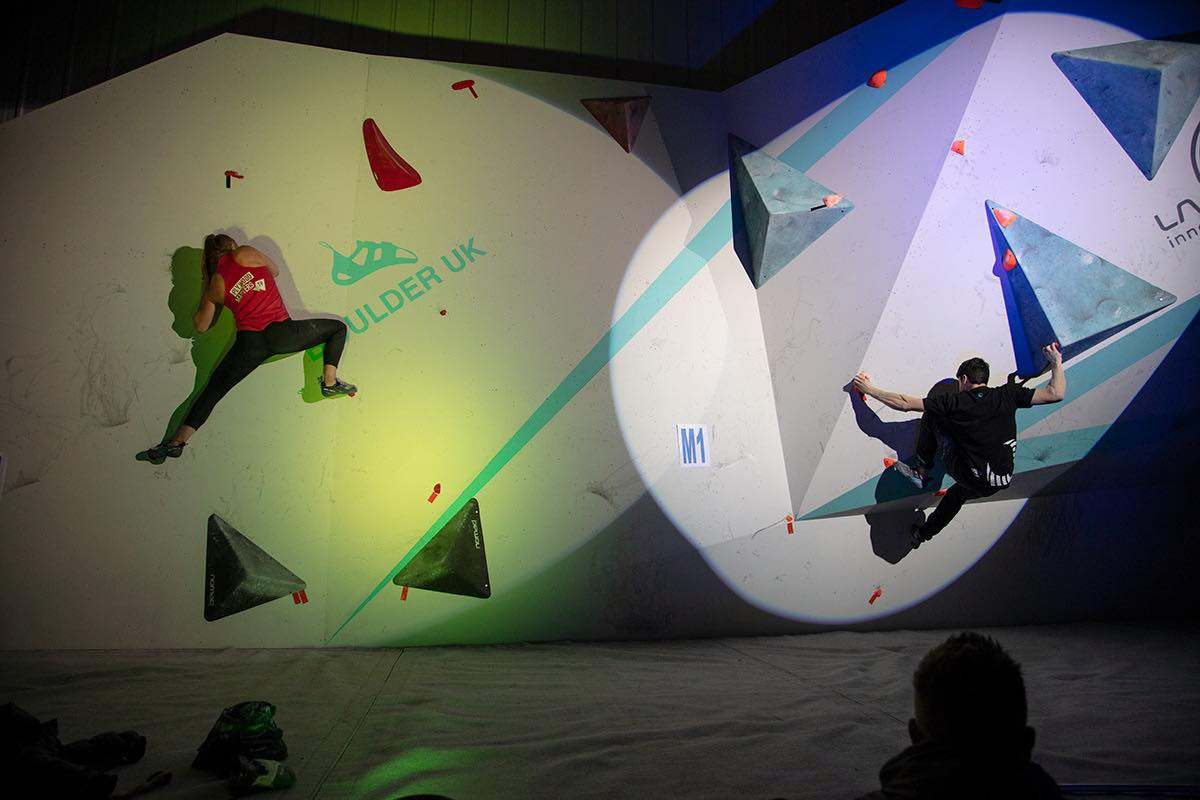 The Plywood Masters has a reputation for ‘basic, dirty crimpy pulling’ rather that the now, more usual, parkour-style boulder problems. The Plywood Masters problems are set by two very experienced and legendary route setters, Ian Vickers and Jamie Cassidy, both have an impressive route-setting CV having set at numerous national and international competitions.  With Ian and Jamie setting, this event once again featured a series of problems firmly in the tradition of basic pulling and outdoor-style of problems that you just don’t find at other climbing competitions. 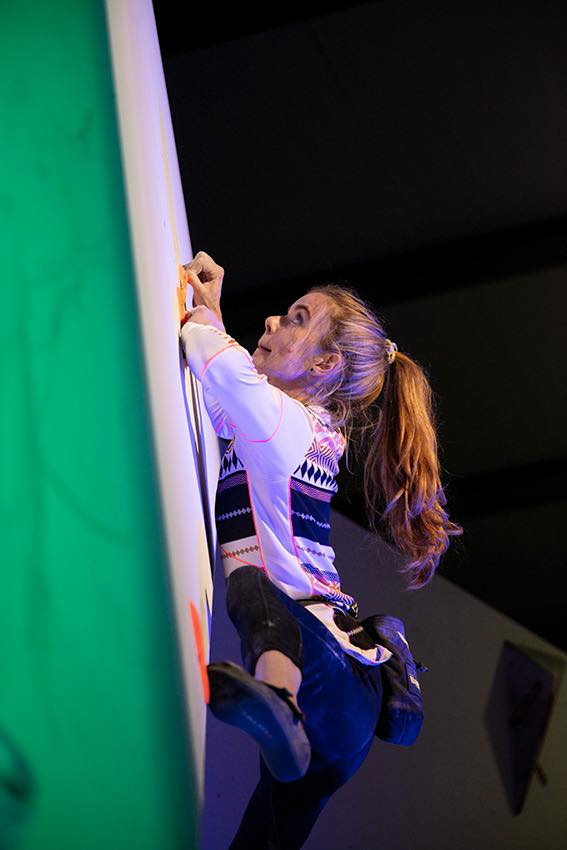 Hannah – women’s winner - on Women’s #3 (a Jamie Cassidy special). Hannah was the only women to top that bloc. Photo Alastair Lee

The 100 or so competitors were whittled down prior to the final which was watched by a thronging crowd. For the senior men’s Nathan Phillips just managed to keep ahead of Dave ‘The Don’ Barrans. Both topped three final blocs Nathan taking the win with just four attempts whilst Dave took six goes in total. Hamish McArther took third, with two tops, just beating Maximillian Milne - again on attempts. Kieran Forrest and Aiden Dunne completed the field. Over in the women’s Hannah Slaney was the clear winner topping all four blocs in eight attempts. Jen Wood topped three blocs in four attempts to take second and third place went to Holly Toohill with one bloc in one attempt. Emily Phillips, Thea Cameron and Zoe Peteermans completed the line-up. 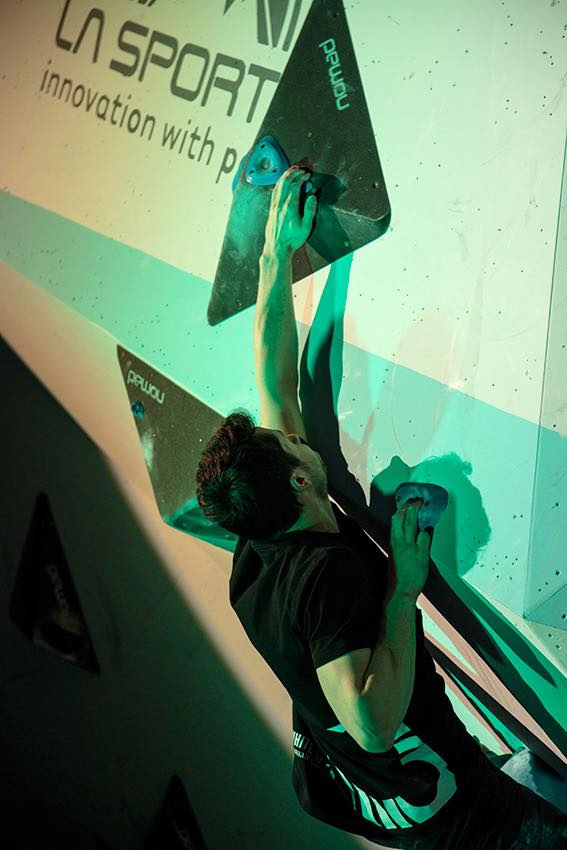 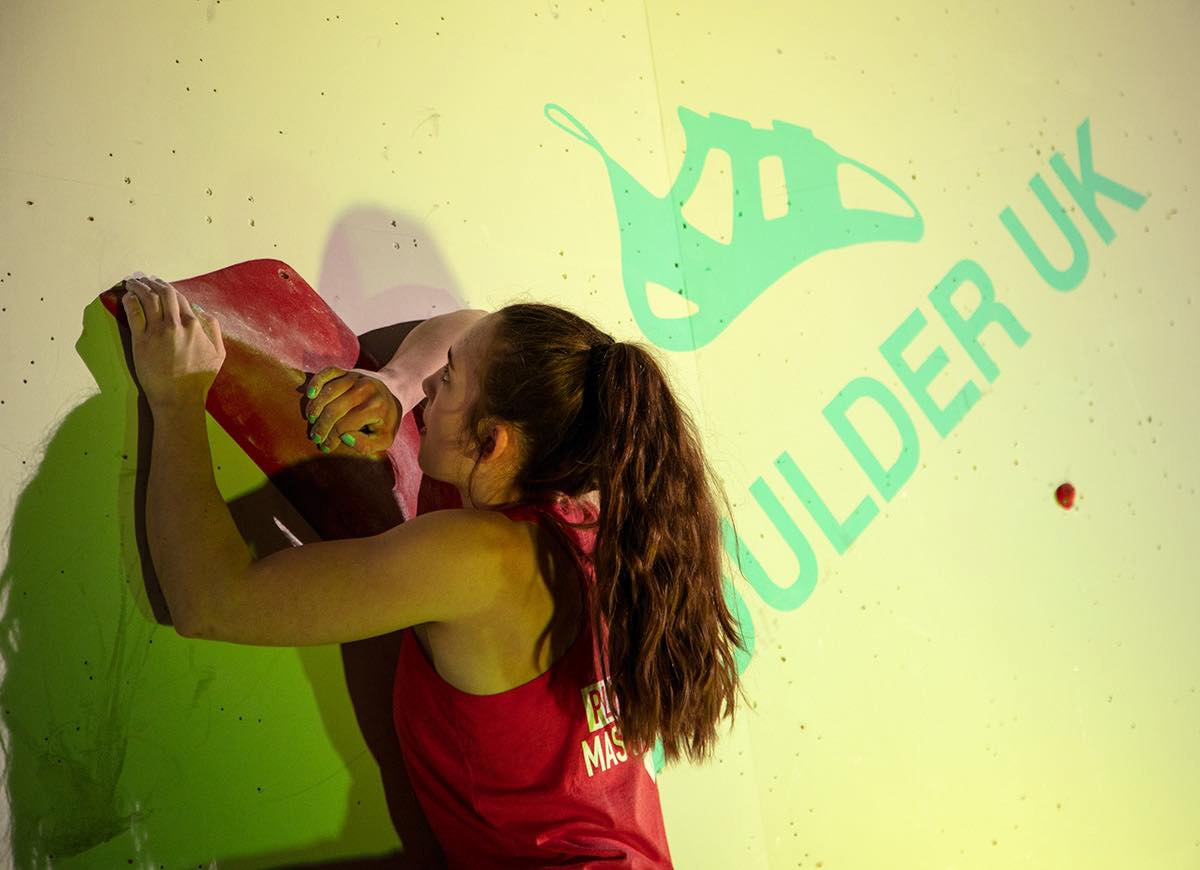 Local girl, Thea Cameron, who just been selected for the GB development squad and coached by Neil Mawson competing in the final. Photo Alastair Lee