Pete Whittaker went big with an (un-roped) solo of the Renshaw/Foulkes route at Kjerag to round off his Norway adventure.

It’s getting increasingly difficult to not only keep tabs on Pete Whittaker but how to pigeon-hole him as a climber! Undoubtedly he’s best known for being (the younger…) half of the Wide-Boyz - and hence as a crack climbing specialist. As well as an ace trad climber he’s no slough at sport climbing as well and obviously he’s also a dab hand at big wall free climbing too!

Pete’s recent trip to Norway included all the above element plus loads more too; some bouldering, some slab climbing,  some sport routes on trad gear, ticking the world-famous Profile Wall, some indoor mega crack climbing and some world record attempts with Magnus Midt plus some super-fast ascents in the Hanshalleran Cave at Flatanger and an un-roped solo of the 800m high Renshaw/Foulkes route at Kjerag. All in all, one heck of a trip. 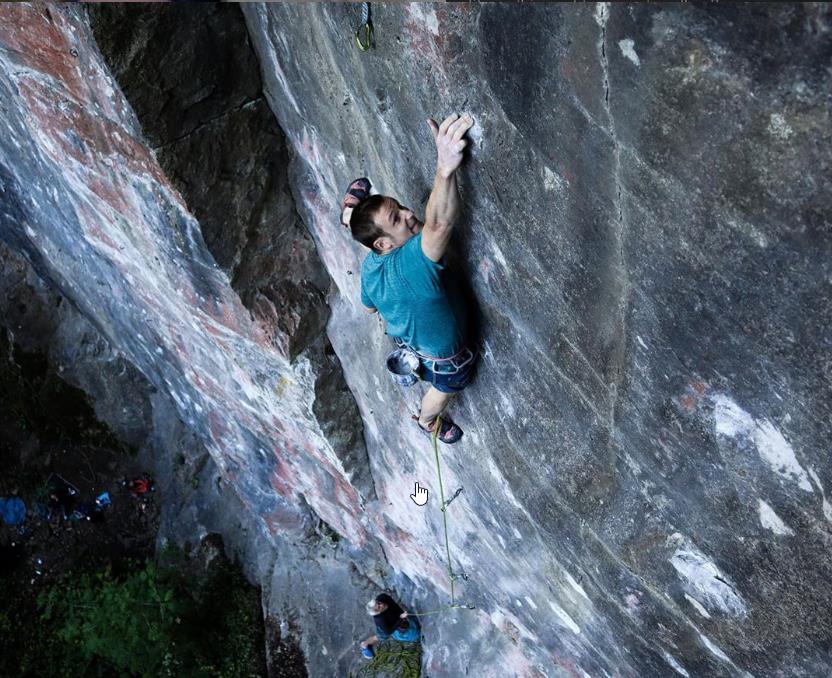 Climber couldn’t resist and have been in touch with Pete to find how he transitioned from his fingerboard training during lockdown to the renowned Matlock quarries to the (properly) world-famous cliffs in Norway.

Cracking trip to Norway then - full of adventure. You seem to like Norway?

Yeah, there was a bit of adventure. Not exactly Himalayan adventure, but a bit more than Lorry Park. Somewhere on the scale between those two. I do like Norway, I've spent a fair amount of time there over the past few years. But my reason for much longer trips there in recent months is because Mari (my girlfriend) lives there.

Before you went you were obviously in great shape after training thru lockdown and smashed out two very quick ascents in sub-optimal conditions of Dark Matter (F8b) in Lorry Park and Pistol Fingers (F8a+) in Long Tor. As strong as ever would you say?

I did a lot of fingerboarding through lockdown, as that's all I have at home... a fingerboard. In fact, I'd actually made a conscious effort to improve my finger strength from the start of the year, it wasn't just a lockdown thing that spurred that on. My fingers felt strong, but in general my body was quite weak after lockdown, so I definitely wasn't 'as strong as ever'. It just so happens that F8b crimps feel quite good when you've been trying to hang 4mm crimps for 6 weeks. 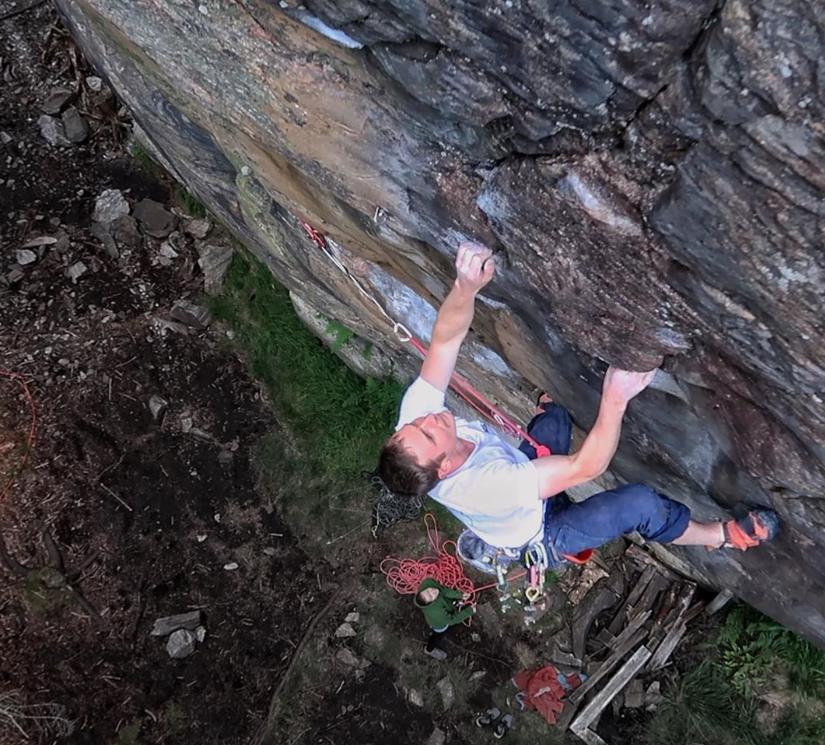 Having arrived in Norway you did a bit of bouldering, then some slab climbing, then some crack climbing and then started doing sport routes on trad. Is that a thing?

Yeh, I guess you could say I just went climbing without much of a specific aim. Bit of this and a bit of that, you know.

Sport climbing on trad gear, hmmm, is it a thing? I'm not sure, ha-ha. I did that sport route on gear, because first off it was a great route, and secondly, it was nicely suited to place a few bits of gear. Safe, but with a bit of spice. There isn't really much hard trad climbing around Bergen, so it gives the local trad climbers something else to have a go at, at least.

Then you dropped into Profile Wall for the final tick. That can’t be it surely? Bet you have a sneaky project there tucked away?

Yeah, I'd been wanting to do this for a while, so it was nice to finish it off. Everything about that wall just requires a bit more effort than you're normal day at the crag, so it wasn't exactly a simple tick. You're right though, that’s never it, there's always a sneaky project somewhere and they are usually pretty hard, aren't they?

Then off to Magnus Midtbø's climbing gym for some silly world record attempts and some crack shenanigans. That crack looked nails!

That was fun actually, it's not that often you get to set a massive indoor roof crack on a lead wall...with permission. That thing was more tricky then I thought it was going to be, to be honest. I've climbed with Magnus a little bit before, but it was quite interesting to set this route together, he was basically resting where I was struggling, and I was resting where he was struggling. Such a contrast in strengths and weaknesses. It felt around F8b in the gym because it's so hot in there, but with good conditions I guess it could get F8a+.

The main thing to recognise here is... cracks in climbing gyms... they have arrived. 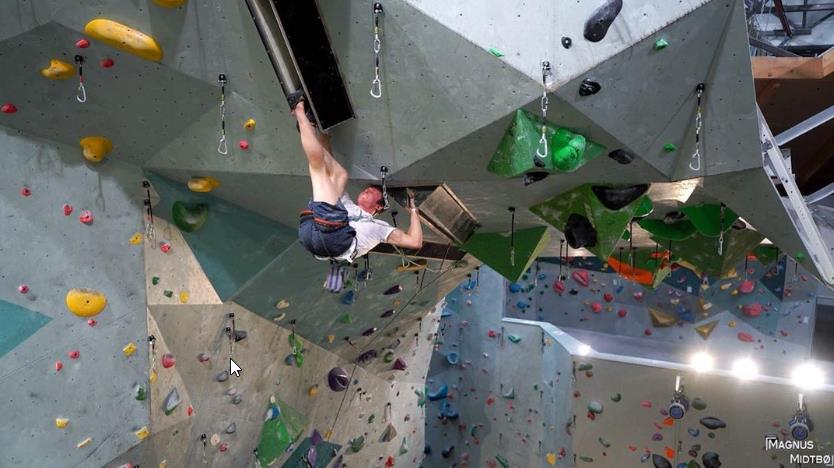 Finally, you couldn’t ignore it any longer and you checked into Flatanger. Totally ace isn't it?

We didn't plan to go to Flatanger, we'd actually hoped to go to Romsdalen to climb some big walls, but the long term forecast was looking a bit ropey so we ended up at the perma-dry cave. I was very impressed with Flatanger, to me it was as good or better than any sport climbing I've done in Spain. On the world-class sport climbing destination scale, I think it probably sits just behind Long Tor.

There are some very nice easy routes, but to make the most of the place I think it's worth being able to project F7c and upwards.

After some quick ticks on some of the left wall routes, it was down to business in the cave itself on Nordic Flower (F8b+)/Nordic Plumber (F8c). How that go?

I just tried Nordic Flower. I actually tore something in the back of my knee, heel hooking on the crux boulder problem at the beginning, so in the end, I had to sack off all the beta I'd worked out, and redpoint it in a different way. It ended up being a little bit of fight getting it done, to be honest, battling with a crappy none heel hook sequence and also trying not to slip off seeping holds in and after the crux. I'd say the whole thing was a bit suboptimal, but I pulled it out the bag.

I think I actually preferred my time climbing on the left wall, on-sighting those long pumpy F8as, much more enjoyable. 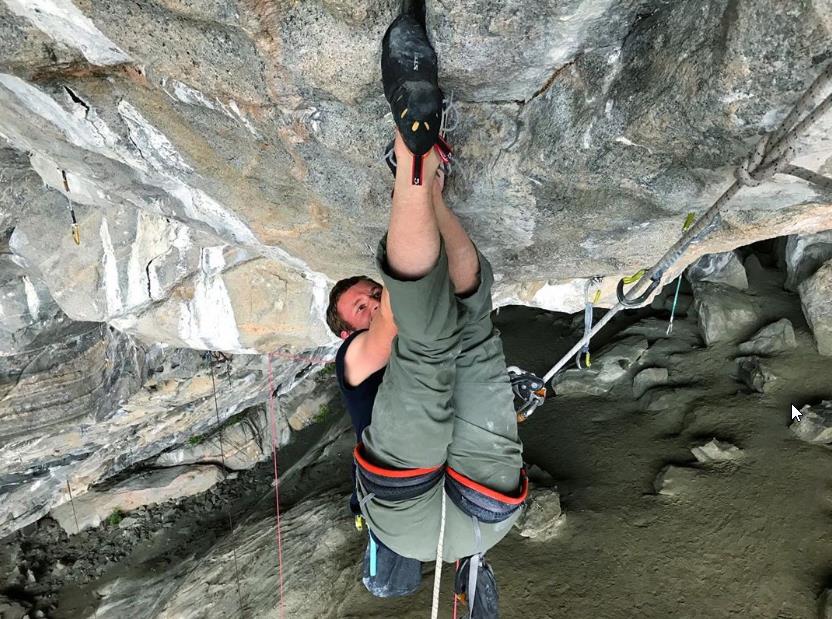 Then the Silence crack! A new sequence then – wowzer!?

Ha-ha, I climbed about 2 or 3 of Adam's moves in the crux via about 5 crack moves. I was just keen to sample what that short section of crack was all about and see if it was possible to do a few moves up there. I could see there were some funny looks when I said I was going up to have a gander, but I have no shame in that stuff. I mean if you don't look, you'll never properly know. I hope the small bit of alternative beta I found will be useful for someone who comes to climb the whole thing.

Word on the street is that Adam has booked himself in for a session in Tom’s cellar in the near future?

Myself and Adam exchanged a few messages after I went on Silence and before I released my little Silence film. I kept dropping into conversation that he should come to The Cellar next time he's in the UK. I think he's keen, so watch this space. It'll be really interesting to get someone who's properly strong and also knows how to jam down there. He'll tear it up! 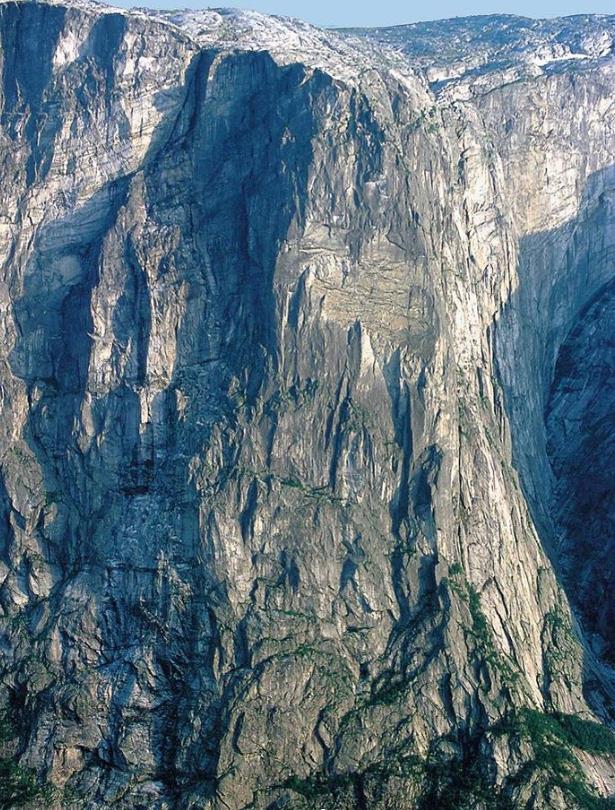 Finally, then you went big by soloing the Renshaw/Foulkes route on Kjerag. How did that go?

Yes, this was my real project, not anything we've talked about above! I didn't actually think it was going to happen this year, purely because it had been such a heavy winter of snowfall, the waterfalls in spring were huge and the weather through the summer had been patchy, so I thought it would never dry up. However we got a spell of decent weather and suddenly from being totally off, it was on. It's a bloody big cliff, and as with any of these big things the hardest part is always setting off. It would have been impossible to downclimb the first two pitches safely as there was wetness on them, so I knew after starting that there was only one way off, and that was up. I climbed solid the whole way and smashed it. I was pleased with my performance.

Was there anything you didn’t get round to trying in Norway?

Some climbs in Romsdalen. That’s for another time.