Pete Dawson continues his scoop of super-fast ascents with a first go red-point of True North (F8c) at Kilnsey. 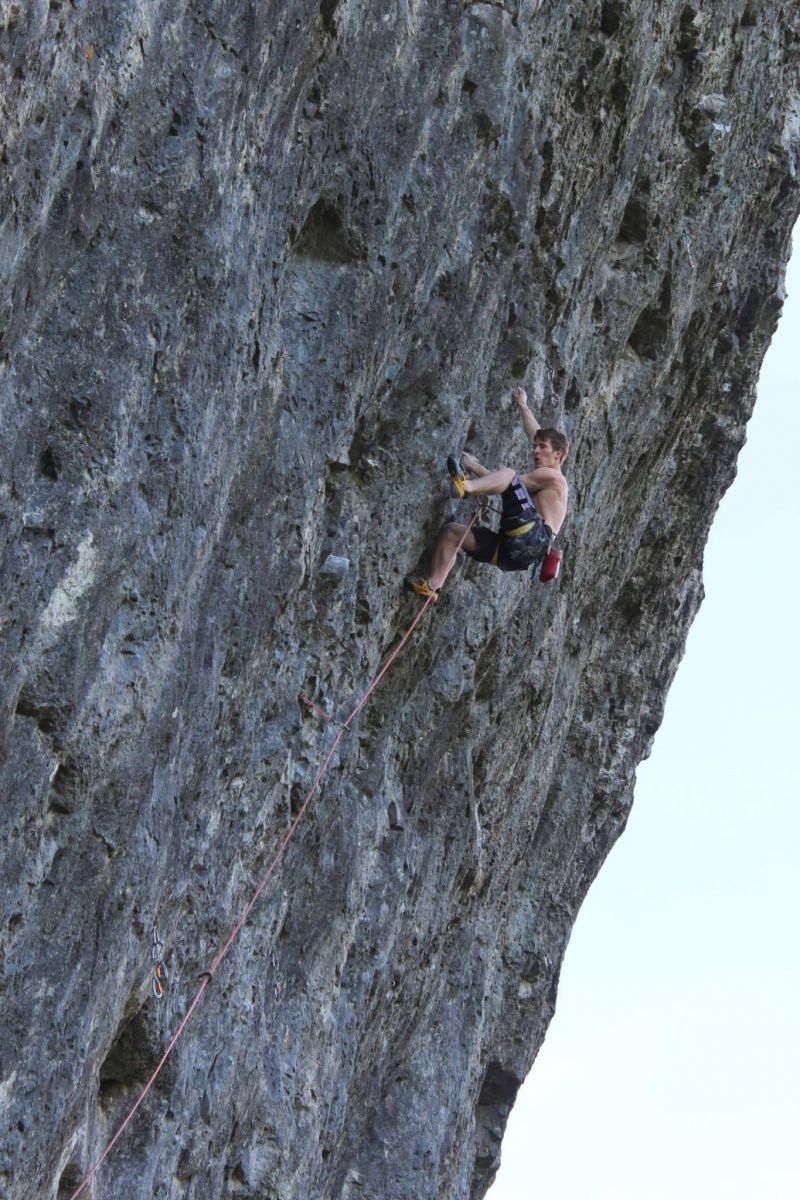 A member of the GB Junion climbing team, Pete Dawson has been a regular on the comp circuit for some time. Likewise, Pete has been ticking increasingly harder routes out on the crags since he was 15 when he did Kalea Borroka (F8b+)at Siurana and Flash Over at Margalef (F8b+).

Since moving up to Manchester to study in autumn 2016, Pete is making a name for himself with super-fast ascents on northern limestone. Last October, Pete Dawson hoovered-up the Malham testpieces Unjustified (F8b+/c) and Bat Route (F8c) and on his second and third goes respectively. Over the winter Pete had an extremely successful trip to Spain during which he did his first two F8c+’s as well as doing Keen Roof (Font 8b) at Raven Tor.

Fast forward to the weekend when Pete returned to Kilnsey for the first time in a few years. Climbing with Ted Kingsnorth, Pete worked True North and then set off for his second go - on redpoint. Pete explains his mindset on his FB page: “I was blown away by the climbing. Inspired I gave it my all and somehow finished at the chains!”

Originally climbed by Tony Mitchell in 1993, True North is one of the ‘must-do’ routes on the North Buttress at Kilnsey. Famously, Ian Vickers completed a super-quick ascent of True North ‘years ago’ and since then Steve McClure almost got the flash. Alex Megos also climbed True North on his second go last year.