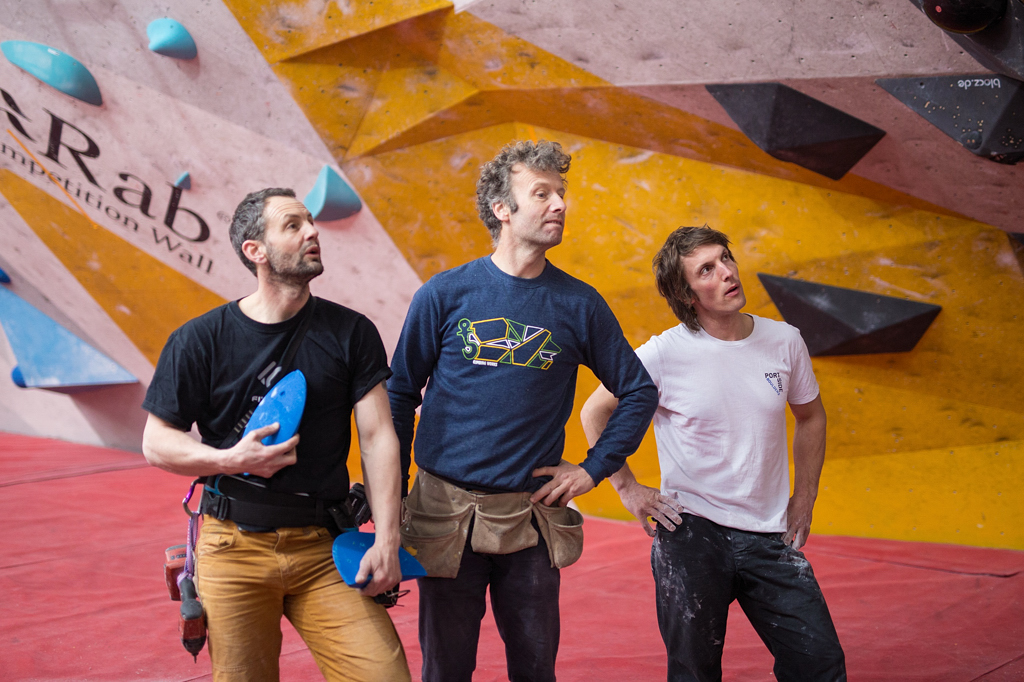 Bouldering, along with Speed Climbing and Lead Climbing, will form the Combined Discipline at the Tokyo 2020 Games. As head setter, Percy will lead an international team of setters to produce a range of boulders to challenge the competitors both physically and mentally whilst testing their strength, power, endurance and coordination.

Bishton’s career in route setting began in 1996 and he has now set for over 50 international events. In 2019, Percy was on the route setting team for the inaugural ANOC (Association of National Olympic Committees) World Beach Games in Doha, Qatar, which included Bouldering as one of 14 disciplines.

It’s going to be a busy spring for Bishton; in early March he’s attending the Tokyo Olympic Test Event for Climbing then it’s back to Sheffield to help organise the Rab CWIF (Climbing Works International Festival) on the 14-15th March. The two-day competition is the standard curtain-raiser for the IFSC Bouldering World Cup season where international athletes can sharpen up their skills for the upcoming season.

Keen to get some more thoughts and comments on his appointment, if jamming is set to make an appearance on the big stage and whether the ‘hamster wheel’ is being packed-up in readiness for shipping to Tokyo, Climber fired a few questions straight at Percy…

Congrats on your appointment; what an absolute buzz!?

Yes – I’m pretty excited to get the job. It came out of the blue a little bit – I was winding down my career as an international setter as I have been doing that job for 20 years and I’m not getting any younger! I think the IFSC wanted an experienced (older) chief setter to oversee the young whipper-snappers on the setting team so they asked me.

Tell us a bit about the Tokyo gig if you can; how many other setters are involved for the bouldering and how long will you have to get the setting done?

Apart from me, there are three other setters for the bouldering. Manu Hassler from Switzerland, Katja Vidmar from Slovenia, and Romain Cabbessut from France. We will be out in Tokyo for three and a half weeks for the Games, but our setting time is limited to around five days at the start of the trip, then we have a break before the event itself which happens a week or so later.

At previous competitions, you’ve incorporated jamming which has really bamboozled some competitors. Is it fair to say that they should have done their homework and be up to speed with jamming in case you set any at Tokyo?

Yes. It’s a climbing comp at the end of the day, and I’m more than happy to make sure we test all the competitors climbing skills – even the subtle art of the hand jam. All the competitors are aware that I have a reputation for a slightly unconventional setting style – they have all climbed on my problems before, and I’m sure they will be prepared for this.

Do you have any input into the design of the comp wall that will be built for the Tokyo Games?

No – the wall design was finalised months ago before the setting team was decided.

The setting team are always under tremendous pressure at international events - how are you going to ensure the standard is just right for the Tokyo Games?

There is no sure-fire way to ensure the standard is right. The route setters always use their experience to make an educated guess, based on all sorts of factors…. weather conditions, the condition of the athletes, how tired the climbers might be at particular points in the competition, what effect the lighting will have on conditions, and the pressure of the audience, etc. This list of things we need to consider is huge. It’s never an easy job, but the Olympics is a big deal so we will try our best to nail it. Shouldn’t be too difficult – there will only be millions of people watching on TV, so no pressure….!

How important is it for you to set interesting problems for the competitors or is it all about separating them out?

The problems have to be interesting and exciting for the competitors to try. When the athletes try their hardest - that is when the event looks the most amazing for spectators too. The problems need to be easy to judge, and also the right level of difficulty to split the competitors. It is a really complex job to get the problems right, but the team of setters is chosen to put together a unique set of problems that will challenge the athletes to their limits, and get a result. Hopefully we can create some boulder problems that will give us some magic moments when athletes perform incredible feats of strength and gymnastic weirdness. 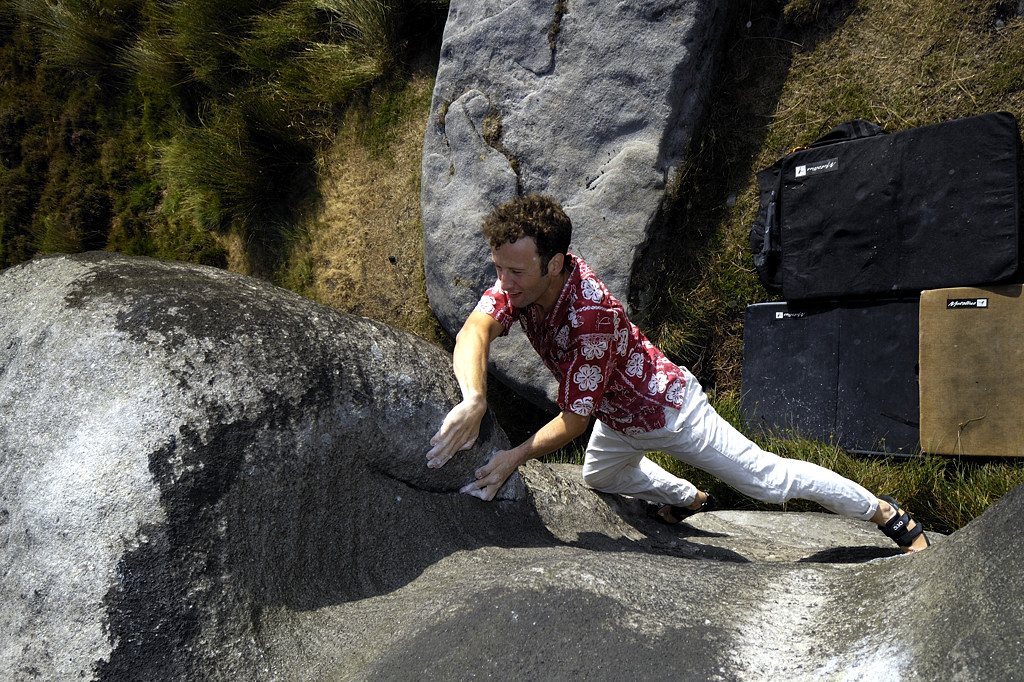 How much inspiration from the outdoors do you take setting comp problems?

I don’t like climbing indoors that much (I spend all my working life in a climbing wall), so when I get a moment free I climb on the gritstone that surrounds my home in the Peak District. I think it’s fair to say that the grit gives me plenty of creative inspiration for routesetting.

Is it harder to set for the women or the men?

Neither – the level of difficulty required between the genders is almost the same at the top level. Experienced setters know how to account for morphological differences between genders; height - obviously, finger/hand/foot size and so on so there isn’t really any difference as regards the demands on the setters.

When you started setting all those years ago, did you ever think that you’d finish up doing anything as prestigious as the head setter for the inaugural Olympic Games?

What has been your #1 setting experience to date?

Setting the 2016 world championships in Paris was pretty special – an amazing final in front of a monster crowd. I set a jamming crack in the final – you had to turn upside down and hang from two foot jams in a crack in order to grab a minging pocket in a roof, finishing off with some spicy insecure laybacking up an arête (you can find a replay of this on the IFSC youtube channel). Who says I get my ideas from gritstone?!

Will you be trying a few new ideas out at the CWIF and do you think you’ll see more international climbers over for that event than usual now that you’ve been appointed as head setter for Tokyo?

We’re always keen to try new ideas, so if we come up with something cool, you can be sure to see it at the Rab CWIF. As for more international climbers coming, I’m not sure if the appointment for the Olympics will make a difference. All the selected athletes for the Olympics will be fully into their training regimes for Tokyo, so it depends where the comp falls in their training programmes as to whether they will come. There are already quite a few big names booked in for the CWIF though.

Is there any truth in the rumours that the ‘hamster wheel’ will be shipped out to Tokyo for the Games?

Aaahh – the hamster wheel (or Infinity Board as it is formally known) won’t be in Tokyo I’m afraid. This technology will be available for UK climbers first of all. The Infinity Board is undergoing testing at The Climbing Works in order to gain its CE certification a little later on this year. Only then can it be unleashed on an unsuspecting public. A stamina training device so effective, it made Jim Pope nearly chunder! Watch this space…..(or watch the 2020 BIFF footage to see the Infinity Board at work ruining some of the UK’s very best climbers)