In an incredible day yesterday, Shauna Coxsey -  the 23 year-old from Runcorn - became the 2016 IFSC Boulder World Cup Championship after getting an MBE in the Birthday Honours list! 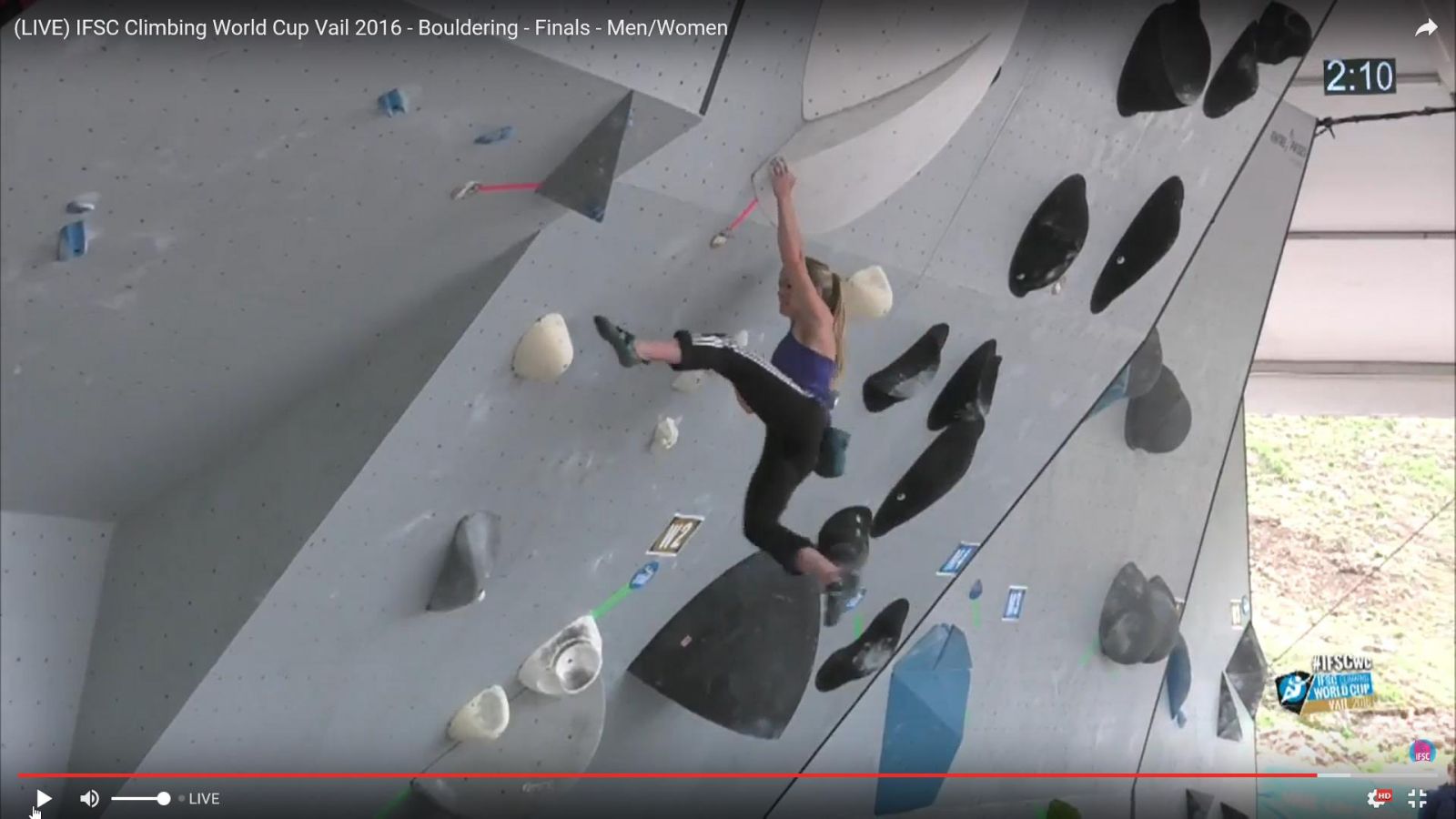 Shauna has dominated the women’s events throughout the 2016 season winning four of the first five events. With only two comps remaining in the 2016 season ahead of the Vail comp this weekend, the math suggested that Shauna could win the overall 2016 title in Vail by securing a podium place. That would edge her nearest competitor, Miho Nonaka, out of the running even if she won the last two events.

Following yet another closely-contested semi-final, Miho Nonaka topped the rankings going into the finals. Shauna kept all of Team GB climbers and supports on the edge of their seats making the finals by nailing the fourth bloc of the semis on her last possible go that would count.

The final was an equally tense affair – not that Shauna showed much in the way of any obvious signs of nerves. Megan Mascarenas seemed determined to retain her Vail crown and hold Shauna at bay. The final bloc contained high drama as Shauna had a fault-start and lost her opportunity of the flash. Shauna made no mistakes on her second go flashing the bloc in a determined effort. However, Megan Mascarenas was equally determined and flashed the problem to take the gold a second year running.

It’s been an incredible few years for Shauna and her 2016 championship form means she’s a deserved winner. Yesterday Shauna also found out that she’d been honoured with an MBE in the Birthday Honours list which was published late on Friday.