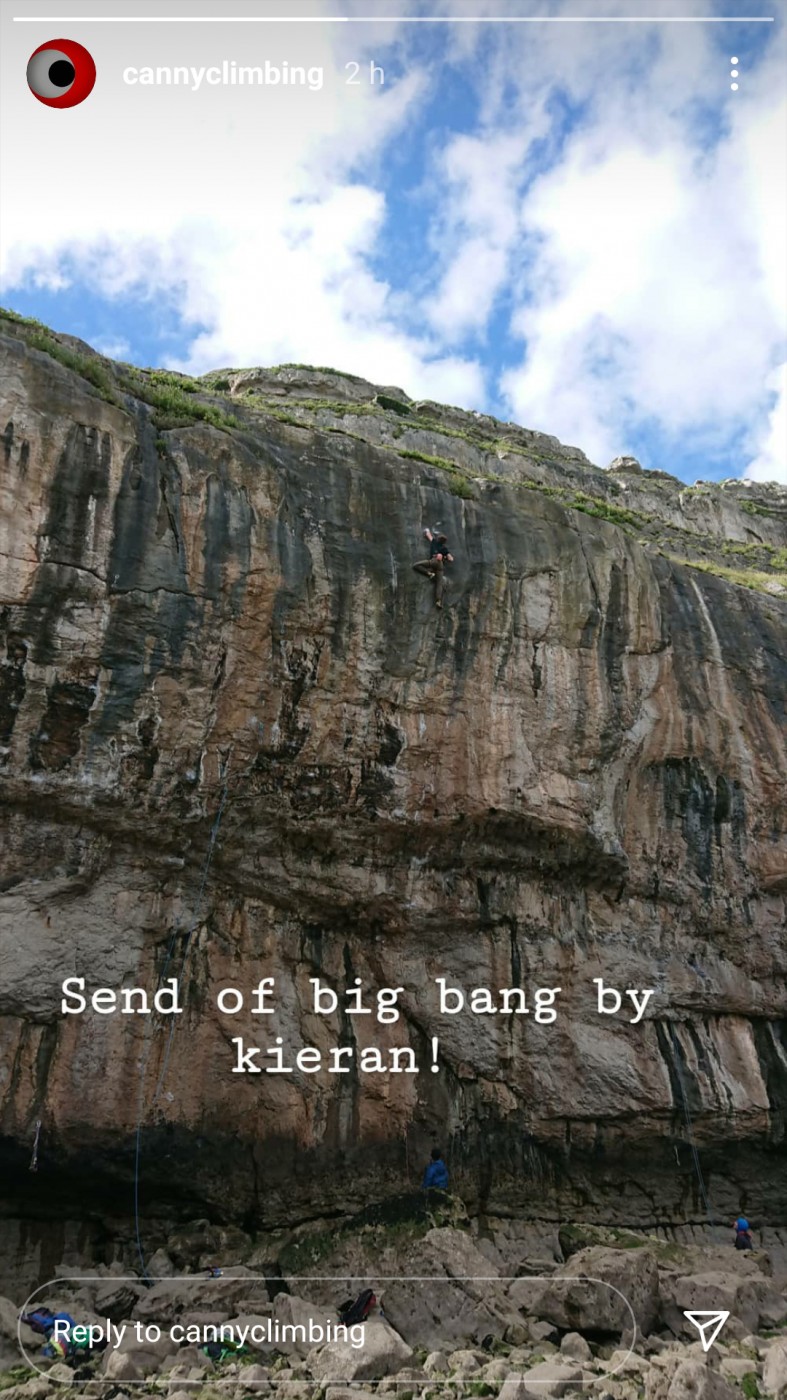 Remarkably, after nearly a week of biblical rain associated with Storm Frances which has seen many of the UK crags suffering from both seepage and run-off, Lower Pen Trwyn dried sufficiently today to enable Keiran to get the fourth ascent of The Big Bang.

Jordan and Naomi Buys were also climbing at Lower Pen Trwyn today and witnessed Kieran’s ascent. Jordan described Kieran’s ascent to Climber; “He looked so casual with plenty of gas left in the tank…!”

Kieran’s ascent is even more remarkable as Climber understands he’s not been on the route for three weeks and he’d been training yesterday as well! In total, Kieran took nine days to successfully redpoint The Big Bang.