The red hot news from North Wales is that Emma Twyford has redpointed her long-term project, The Big Bang F9a, at Lower Pen Trwyn. 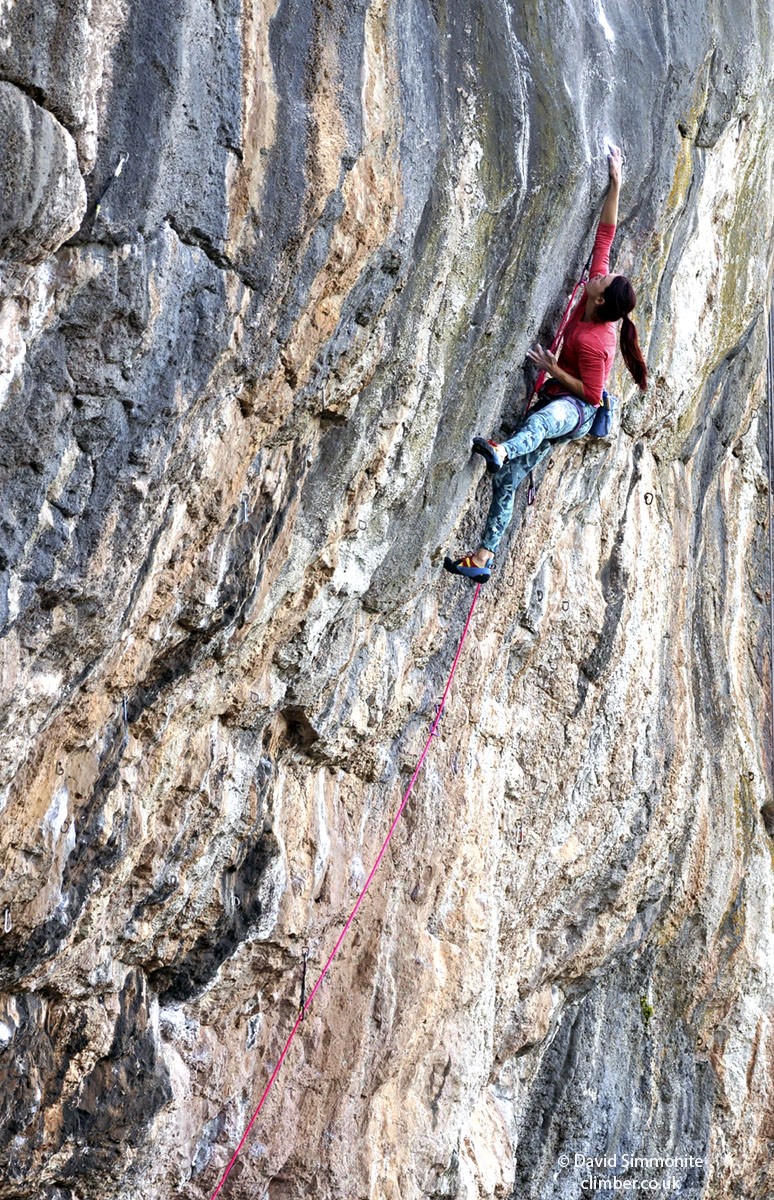 Posting on social media Emma’s sponsor, DMM, reports that Emma made the third ascent of the 1996 Neil Carson route today. James ‘Caff’ McHaffie made the second ascent of the F9a in 2011.

Emma has been getting closer and closer to succeeding on the redpoint for some time but conditions haven’t been going her way. Last Friday Emma came within a whisker of success but had to leave empty-handed. Today, and despite less than idea conditions, Emma succeeded not only in making the third ascent of The Big Bang but became the first British women to redpoint an F9a.

@emmatwyford has won through with her battle on The Big Bang (9a) at Pen Trwyn in north Wales. ðŸ‘ðŸ»ðŸ‘ðŸ»ðŸ‘ðŸ» On an evening when she felt no pressure because the conditions weren’t ideal she became only the third person to have climbed this route and the first British woman to climb 9a. Having got close last Friday, falling off pulling on to the slab, it went first go today. Emma said: “At the top I thought to myself did that actually just happen? I wasn’t pumped and it had felt like a path. There was also a fair bit of swearing in relief at finally getting it done.” Emma will not be able to celebrate too wildly tonight as she is setting for the BLCC tomorrow @beaconclimbing first thing in the morning. This Neil Carson route from 1996 was repeated in 2011 by @caffinspain. • • • #climbing_pictures_of_instagram #9a #sportclimbing #limestone #climbnowworklater #womenclimb #thisgirlcan #northwales ðŸ“¸ @ray_wood