Mikey Cleverdon nails first ascent of The Waterman, one of the now hardest blocs at Bonehill

Mikey Cleverdon has just done the first ascent of The Waterman (Font 8b) at Bonehill Rock on Dartmoor. 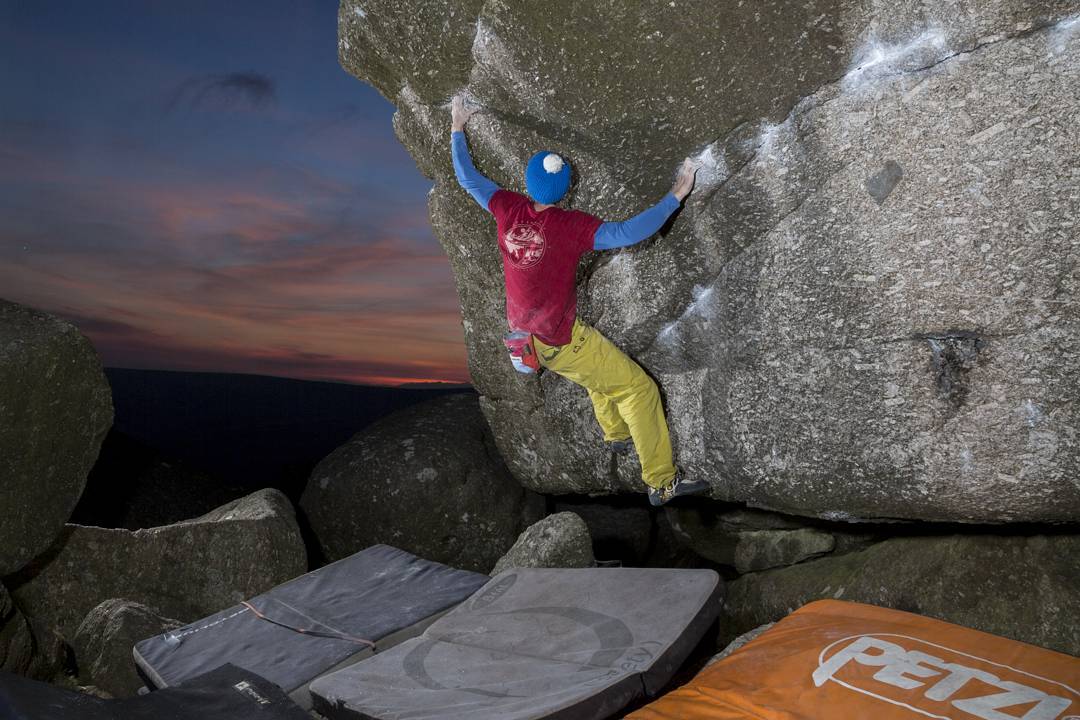 Mikey Cleverdon on The Waterman (Font 8b). Photo Will Tapp

Bonehill Rock, one of the most popular and well-known of the Dartmoor bouldering spots, has traditionally been close to the beating heart of the Dartmoor scene and hence is home to some of the harder and better blocs in the area. With Cleverdon’s ascent of The Waterman, Bonehill has now yet another test-piece to tempt other climbers to the area.

Posting on-line, Mikey confirmed his delight in finishing what he describes as his ‘season’s goal’; “Pretty stoked to have completed my season's goal last night on a very chilly evening out with Grant Edwards and Chris Cubitt.”

So, where does it go and what’s the climbing like - Mikey again; “The problem climbs Nazare and finishes in The Green Room, providing a good power endurance beast to get the forearms going.”

Cleverdon is no stranger to hard bouldering at Bonehill. Last year he repeated The Green Room (Font 8a+), one of the harder boulder problems in the area. Originally done by Dave Henderson in 2007, The Green Room only succumbed to a second ascent at the hands of James Squire after an eight year gap. Cleverdon’s ascent of The Green Room was the third ascent. Previously Cleverdon had done first ascents of Pe’ahi (Font 8a+) and Nazare (Font 8a) on The Wave at Bonehill. Having focused on the these, Cleverdon went on to repeat The Green Room.

Finally then, how does The Waterman compare with other blocs at Bonehill? Mikey again; “[It] is by far my hardest ascent, it is link-up unfortunately, but it is the most obvious challenge after climbing all the hard problems The Wave bloc has to offer and is a culmination of several years and in particular the last 2 seasons doing just that.”

For more infor on Mikey Cleverdon’s ascent of The Green Man click through here to go to Rusty Peg or here for more about the other problems on The Wave on Dave Henderson’s website Javu.

Watch a video of James Squire on the second ascent of The Green Man below.