Mick Fowler, who has his share of ups and downs, draws a parallel between the current situation and the difficulties he has faced in the mountains. Read more below:

'It has been suggested to me that rock climbers and mountaineers might be mentally better prepared than most for the coronavirus pandemic, because we are used to being prepared for things to go wrong. An interesting parallel to draw, it’s made me reflect on some of my most challenging personal climbs and how I coped when it all went wrong.

I suppose, by nature, we are risk-takers. The sort of people who are prepared to trust our safety to a small nut wedged in a crack or take a chance on whether a serac might collapse the very moment we walk beneath it. 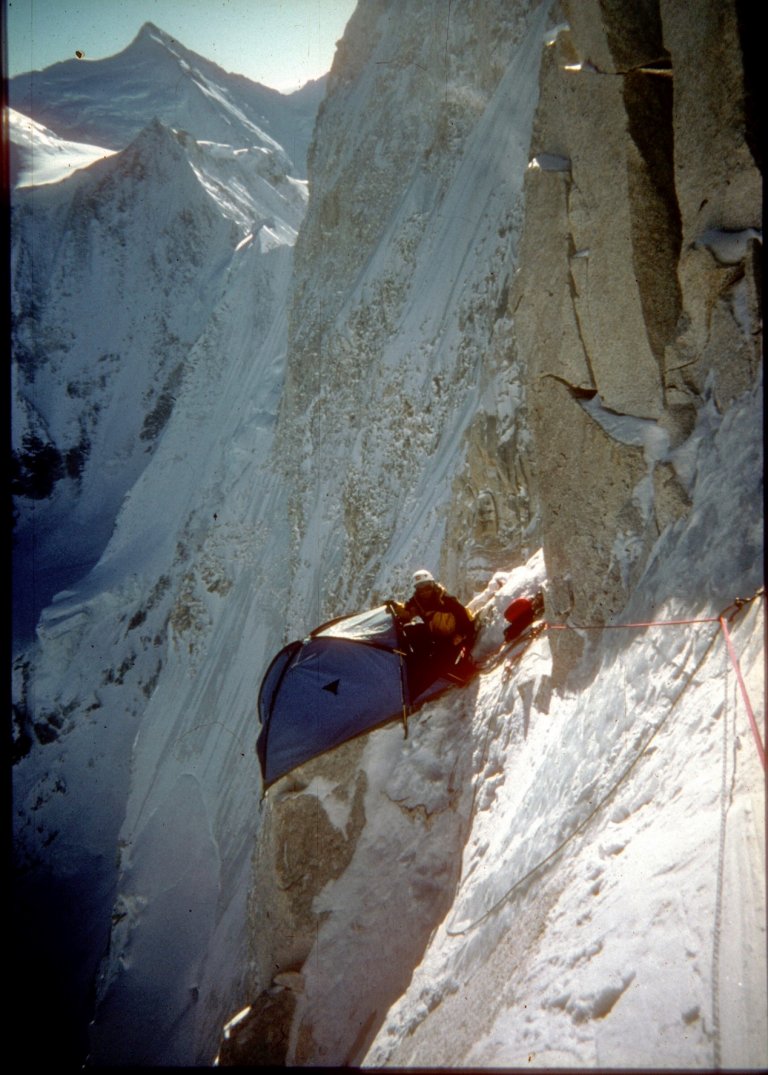 We use our personal judgement to decide what is safe and the level of risk we are prepared to expose ourselves to – but there will always be an element of risk.

Most people don’t indulge in past-times that involve a risk of death, so in that respect maybe climbers are better prepared and more pragmatic than most about what lies ahead.

Mountaineers in particular, have to be prepared for the unexpected. With most climbs taking months or years to prepare for, knowing the whole time that one last minute problem could result in expedition failure.

Only once have I experienced the ultimate failure, the death of my good friend Brendan Murphy, as we climbed the North Face of Changabang in the Indian Himalaya.  We were climbing in two ropes of two but had joined forces for the descent, I recall the horror of realising that Brendan had been swept away and the closeness and supportive camaraderie between the remaining three of us. A devastating and remote possibility had come to pass, and we came together to help each other get through the experience. It was one of the most challenging moments of my life.

In my near 40 years of mountaineering, there have been many situations that have impacted my expeditions, although none as sad or life-threatening as losing Brendan.

One time, Steve Sustad and I stood on the summit of Cerro Kishtwar after our first ascent (1989). With the full decent to go, and three of our four ice axes broken, we both felt a sense of dread as the fourth head snapped of my ice hammer as I placed the first abseil peg. With only one adze and no hammers, we knew we were heading for a difficult descent, but we also knew we would have to face up to the situation and get on with it. Because that’s climbing.

Not all unexpected problems can be successfully overcome, as I have found on many occasions, with object dangers, weather and bureaucratic barriers all resulting in failed expeditions.

Once I arrived at the offices of the Indian Mountaineering Foundation in Delhi to be greeted by ‘why have you come?’ Only to find that our permit had been cancelled and in those pre email days, a letter had been put in the post telling us so. It took a week of bureaucratic negotiation to get our permit reinstated. And then the road was so blocked by landslides that we had to use more of our limited time using mules to get to what should have been the road head. On that occasion we made it and Steve Sustad and I were successful in making the first ascent of Cerro Kishtwar. 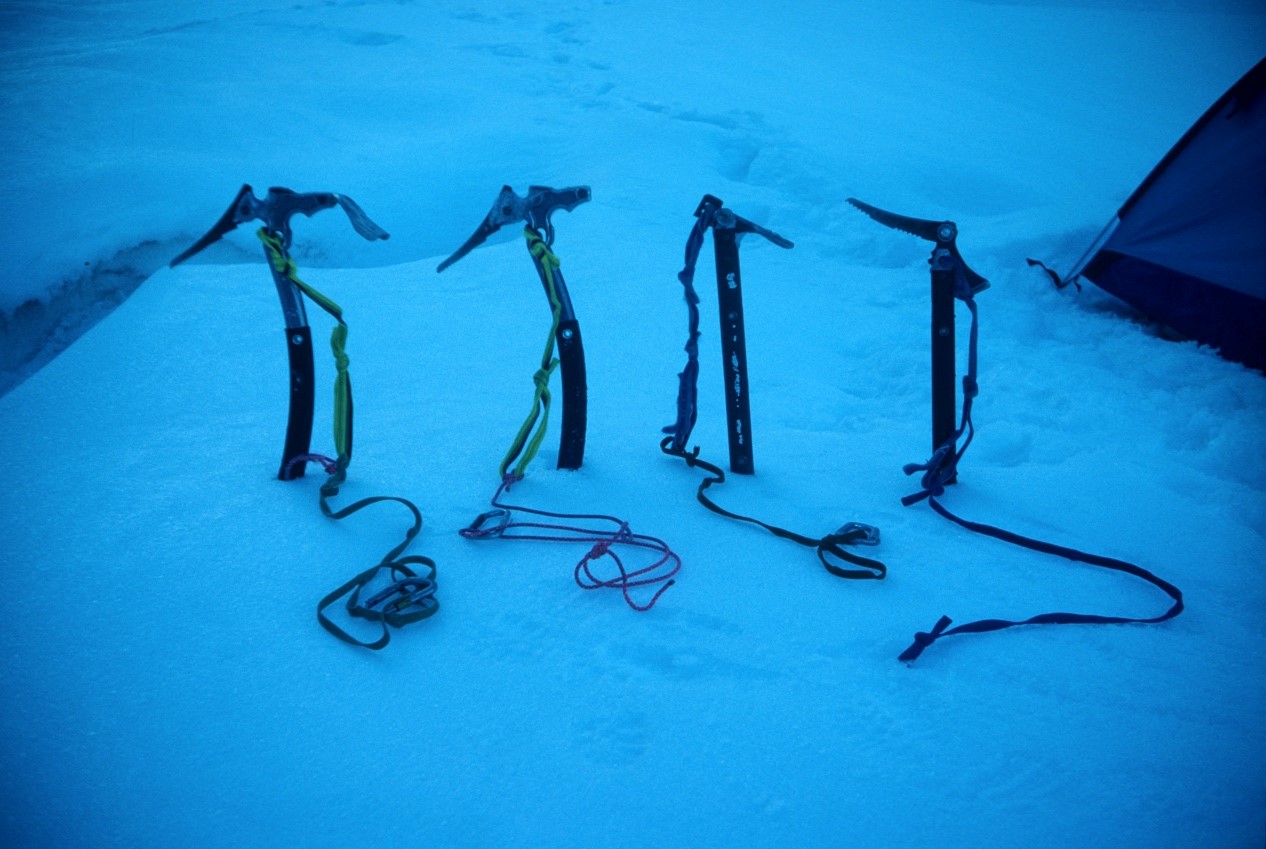 On another occasion delays caused by landslides were such that Dave Turnbull, Graham Desroy, Jonny Ratcliffe and I calculated that if we were delayed for just one more day, we wouldn’t have enough time or money to continue with the trip. That time we were lucky. We managed the first ascent of Mugu Chuli and returned to Rara airstrip just in time by walking through the night. Our plane had crashed, no other commercial flight was available but we managed to hitch a lift on a charity flight and just made it to Kathmandu in time for our flight to the UK where we arrived on the Sunday evening ready to get back to work on the Monday.

Over the years there have been other unexpected challenges, like in Chombu (2019), when Victor Saunders and I spent two weeks lying in sleeping bags listening to rain and sleet during monsoon season. We kept our motivation high, determined to continue when the weather permitted. Overcoming many difficulties on route, we were so close, only to inadvertently poison ourselves on a gone off freeze-dried meal a mere 250m from the summit.

Whilst not comparable in any way to Brendan’s death all these incidents were unexpected disasters in their own way. And we just coped with them one way or another. Sometimes we could fix the problem, sometimes not.

And maybe this line of thinking does make climbers more mentally prepared than most with regard to this coronavirus pandemic. We must be pragmatic. We must do what we can. At the time of writing the ‘do nothing’ worst scenario model anticipates 500,000 deaths in the UK – about 0.7% of the population. A quick Google search suggests that the percentage death rate amongst those that attempt Everest is around 6.5%.

We are all prepared to accept different levels of risk but as climbers we must recognise that most people are not comfortable in accepting the levels of risk that we regularly expose ourselves to. We are all in this together. Our personal risk acceptance levels are irrelevant. Many people are very worried. We must think of others and follow the Government’s advice whilst also being mentally prepared for what lies ahead.

If I have learned nothing else from my years of mountaineering expeditions it is that shit happens – sometimes it all works out well and sometimes it doesn’t. Either way stressing and panicking does not help.

There are grim times to come but a calm mind and an unselfish attitude will serve us all well in the months ahead.'

Finally, Mick has recorded a short video for lockdown suggestions which you can watch below: