Mend our Mountains: Make One Million

A major restoration campaign, Mend Our Mountains: Make One Million, has been launched to raise funding for vital path repairs in the UK’s National Parks.

The official launch of the year-long campaign took part at the recent Sheffield Adventure Film Festival where the audience listened to contribution from BMC Ambassador Mary-Ann Ochota, BMC hill walking officer and campaign lead Carey Davies, and several others. The following day a group of ardent walkers took to the hills – the Great Ridge between Mam Tor and Back Tor - where the path is in need of considerable restoration work. It is estimated that this site alone will need in the region of £140k for the repair works. 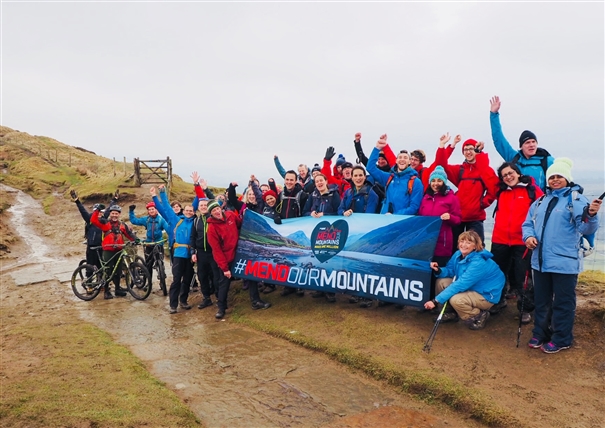 A group of walkers on the Great Ridge as part of The Mend Our Mountains: Make One Million launch. Photo Carey Davies

Moneys raised during the campaign will go towards restoring vital mountain paths, multi-user bridleways and even a brand new bridge. MOM is being coordinated by the British Mountaineering Council (BMC), funded by the BMC Access and Conservation Trust (BMC ACT), and run in conjunction with a coalition of National Park authorities, outdoor enthusiast groups and charitable trusts. In Scotland the campaign is represented by Mountaineering Scotland.

An earlier Mend Our Mountains campaign run in 2016 raised over £150k towards vital repairs. The latest campaign therefore is aiming considerable higher. As well as having a higher target the current campaign also aims to inspire a sense of collective pride and responsibility for looking after our most valued landscapes.

The Mend Our Mountains: Make One Million appeal will run over a whole year. It will employ a wide range of fundraising techniques in addition to crowdfunding, from harnessing the generosity of ‘ordinary’ outdoor enthusiasts to drawing in money and support from large businesses, corporate donors and charitable foundations. We will also be working much more collaboratively with the national park authorities and other partners whose projects are in need of help. 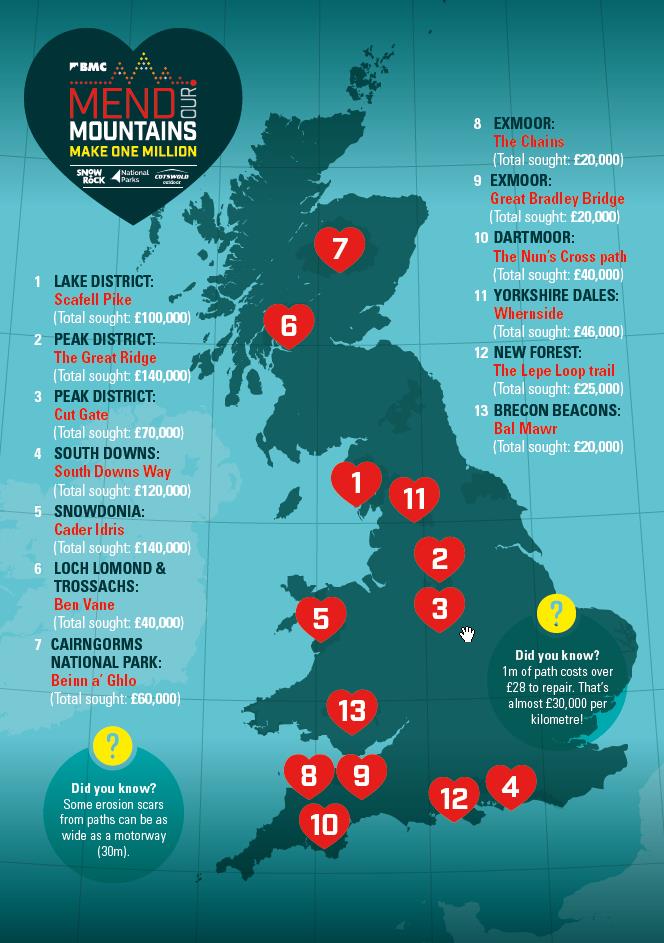 For more details on the timeline and how to get involved and/or donate click here to go the BMC website.

Finally, watch the MOM video below...