Alex Megos has swopped-out Frankenjura’s pocketed walls for those in Margalef where he’s nailed Demencia Senil (F9a+) in double quick-time. 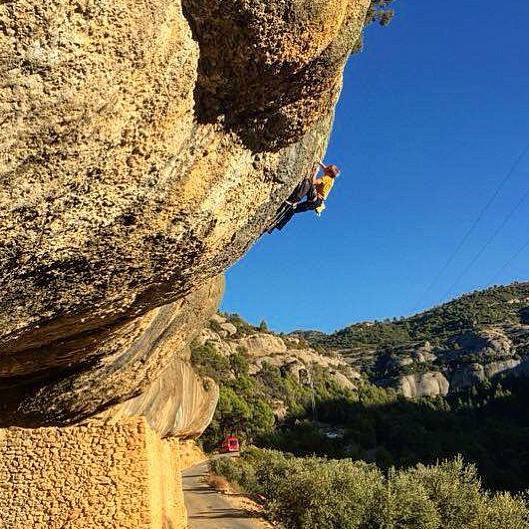 Apparently he checked it out up to the third bolts two years ago but felt it was too hard for him then. Clearly the last two years has seen a massive change in Megos’s climbing because this time around he checked it out all the way up and then proceeded to redpoint it on his first burn!

Posting on social media Megos said: “BÄÄÄM! Did "Demencia Senil" (9a+) on my 2nd try today!!! Once checked it out till the 3rd bolt 2 years ago but felt too hard. Today I checked it out the whole way up and did it in the go after! Huge fight!

Since then he’s on-sighted Victimes del Passat (F8c+). Not a bad couple of days even by Megos’s standards!