In scorching hot conditions Team Edwards have just added a two-pitch E6 on the sea cliffs in Spain. 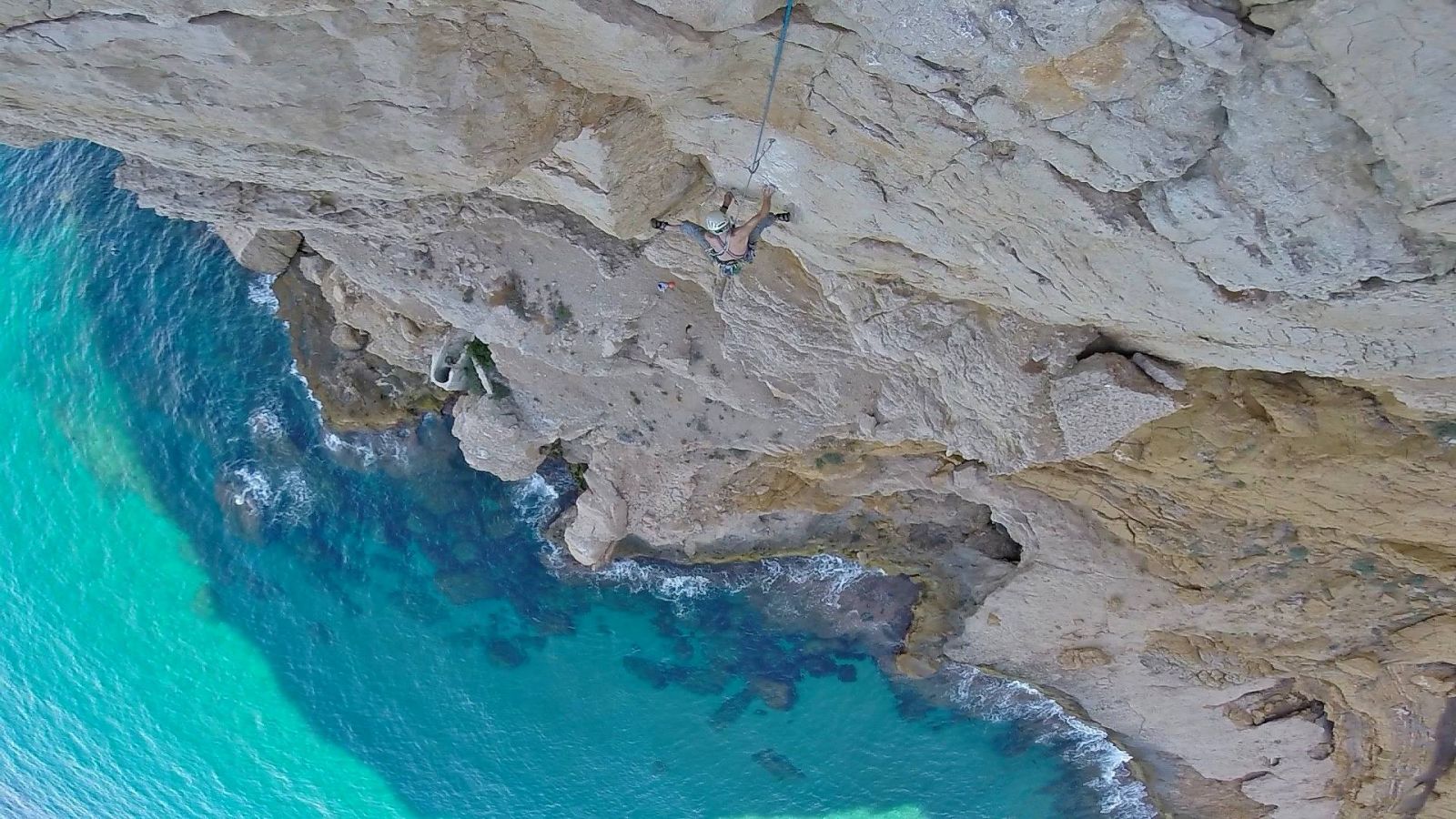 Hydro Therapy (E6 6c, 6c), is a 53m two-pitch route. The image above shows Rowland seconding a blank groove on the first pitch via some wide bridging to bypass a blank section. The Edwards's say the route - which is on the Torre Punta del Cavall - is a superb multi-pitch climb following a natural line from the bottom to the top of the cliff. 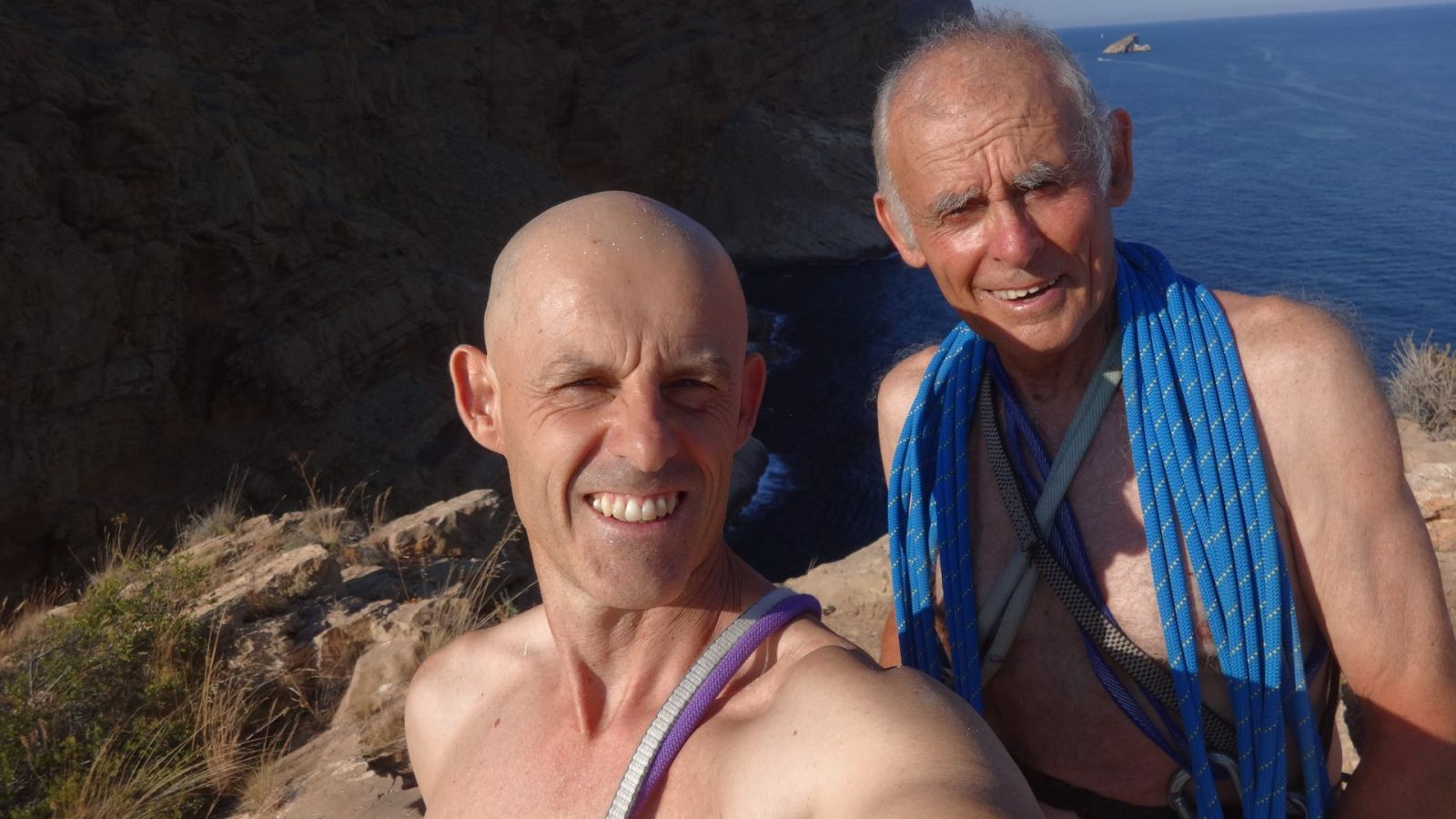 It’s the latest in a long line of new routes which Team Edwards have done. Currently, they’ve standing at 133 years between the father/son team! Rowland first hit the new route jackpot - back to the 60’s – in North Wales and by the mid 70’s he was doing routes like New Dimensions (E4) on Castell y Gwynt, The Ormes. Climbing with his dad, Mark started new routing in the 70’s although he didn’t start leading new-routes until 1981 when he did Gig in the Sky (E2) at Pordenack Point, Cornwall.

Impressive stuff!! Stay in touch with the Edwards on their FB page here...