The very sad news just emerging is that the German rock star, Marietta Uhden, has passed away after a long fight against cancer.

Marietta Uhden was born in 1968 and went on to become one of Germany’s prominent rock climbers in the 1990’s both on the national and international competition circuit as well as outside. Dominating the German national comps, she won a staggering ten lead championships as well as the bouldering title twice. She also performed with considerable success on the international circuit taking podium places in such prestigious comps as the Acro Rock Masters.

Uhden also travelled widely both to climb outside and to complete. Following successful redpoints of Wo die wilden Kerle wohnen F8b at Kochel in 1995 she went on to climb Happy Biceps F8b+ at Schleier Wasserfall in 1997 and then Sonne im Herzen F8c in 2001 becoming one of the first women to break the F8c barrier.

A determined, dedicated and highly motivated climber, Marietta Uhden was a significant force on the scene and will be greatly missed. Our condolences go to her family and friends. 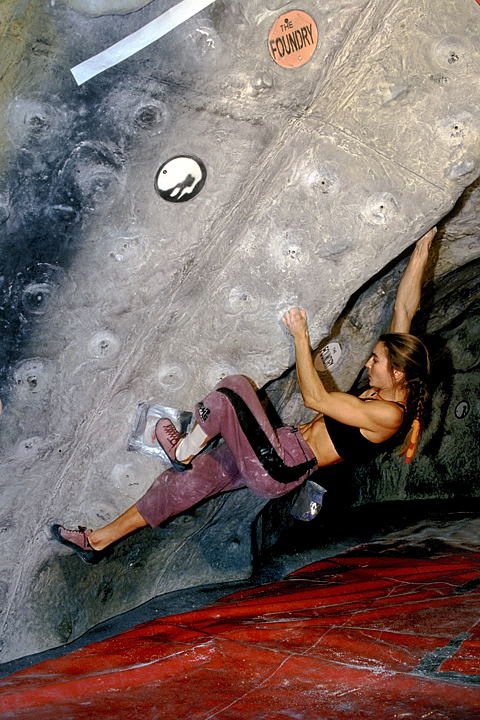