Margo Hayes has redpointed Papichulo F9a+ at Oliana as her third route of that grade. 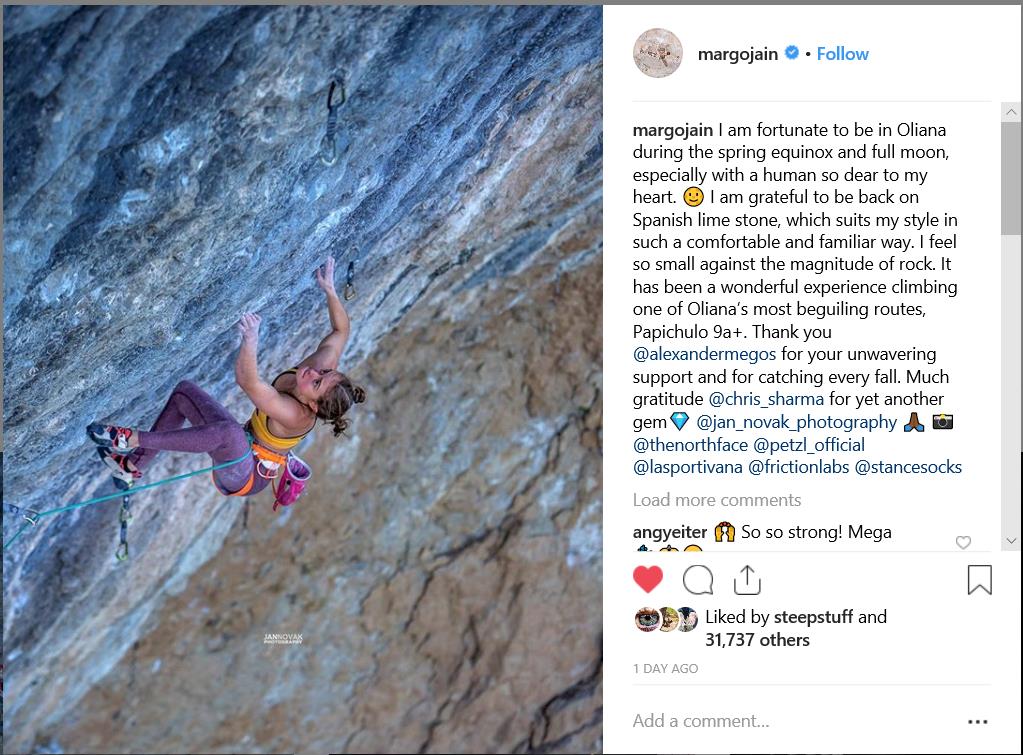 Having recently won the US Lead Championship Margo switched her attention to Oliana where she concentrated on Chris Sharma’s Papichulo.  Commenting on IG after her ascent Margo said; ‘I am grateful to be back on Spanish lime stone, which suits my style in such a comfortable and familiar way. I feel so small against the magnitude of rock. It has been a wonderful experience climbing one of Oliana’s most beguiling routes, Papichulo 9a+.’

Margo’s partner, Alex Megos, was on belay duty for her successful ascent commented on his own IG feed; ‘It looked graceful and effortless as always. Good job.’

Previously, Margo had redpointed both La Rambla Extension, Siurana and Biographie, Céüse back in 2017.