Dave MacLeod has forged a new line through the huge roof on Cima Ovest in the Italian Dolomites taking some amazing and super exposed ground. To check the line first he climbed it on aid on a previous trip. He said on his blog that he 'arrived at a blank roof with no holds for free climbing and realised it wasn’t going to happen. I resigned myself that the new route idea was finished'. So he set about working Alex Huber's Panorama (F8c) instead and during this time spotted another potential line through the roof. 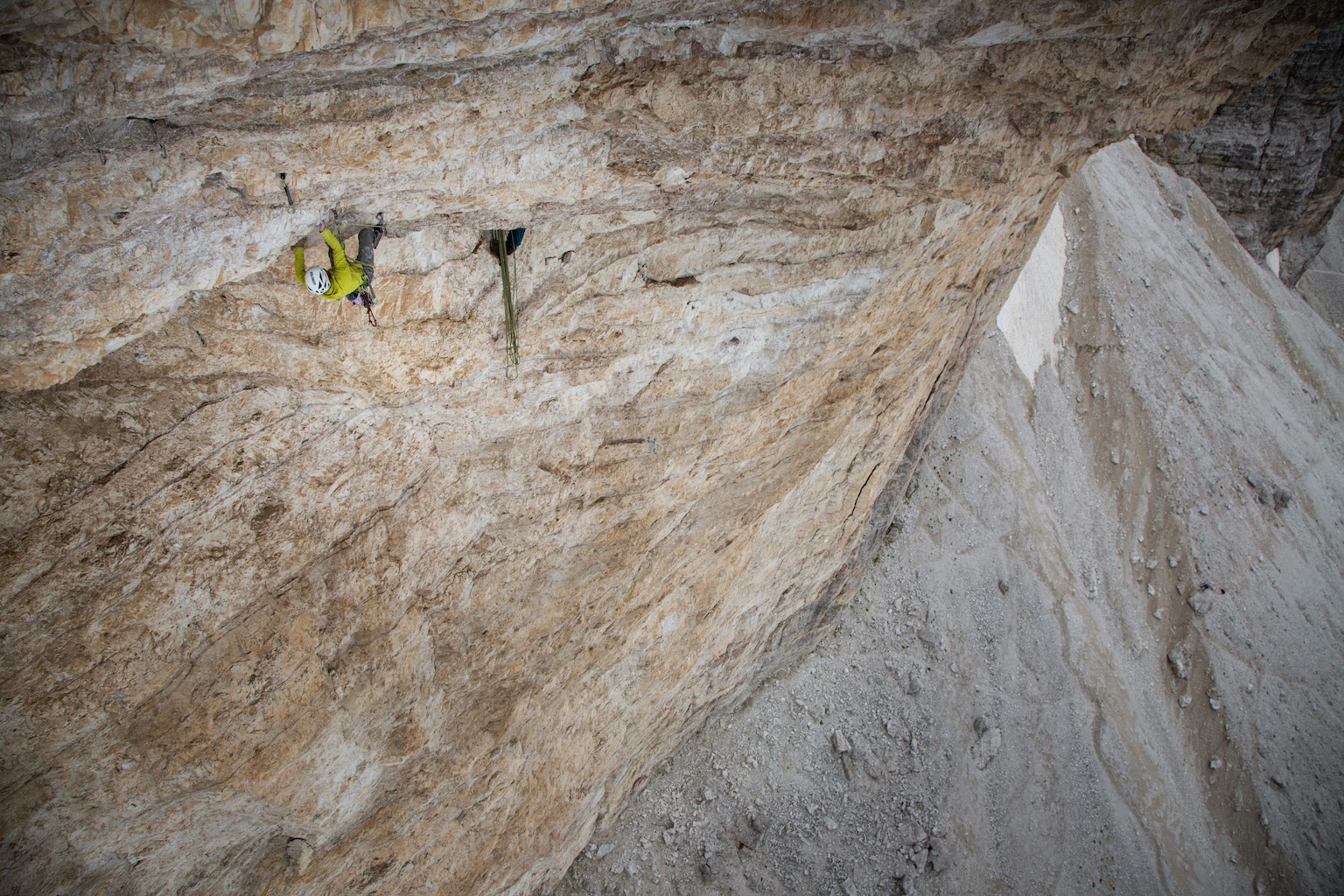 A return trip was on the cards. Fast forward a couple of weeks and he was back on the wall but was frustrated due to bad conditions and one of the worst summers in decades. In between bad weather he still managed to work the line and climb the lower pitches before it joins the F8c pitch of Panorama but was beginning to resign himself that it would be a target for next summer.

However, a few days later, and snatching any dry day he could, he managed to climb the lower pitches and 'the best pitch I’ve ever seen in the Dolomites was great fun to work on' at F8a+. It was now a matter of time and a dry day before a full-on attempt. The day came and he successfully linked all of the lower pitches, climbed the F8a+ pitch before the small matter of the F8c pitch of Panorama and onto the top.

Dave commented on his blog, 'It was both the hardest and definitely the finest route I've climbed in my five or so trips to the Dolomites over the past 13 years. The lower wall free climbs the first 90m of the old Baur aid route (don't trust those old drilled pegs, they break!). But the best thing about it is that it climbs more or less straight up through the roof amphitheatre’.

You can read much more at www.davemacleod.blogspot.co.uk

The ascent was captured on film by the Coldhouse Collective so keep an eye out for what promises to be a wild film in the near future.