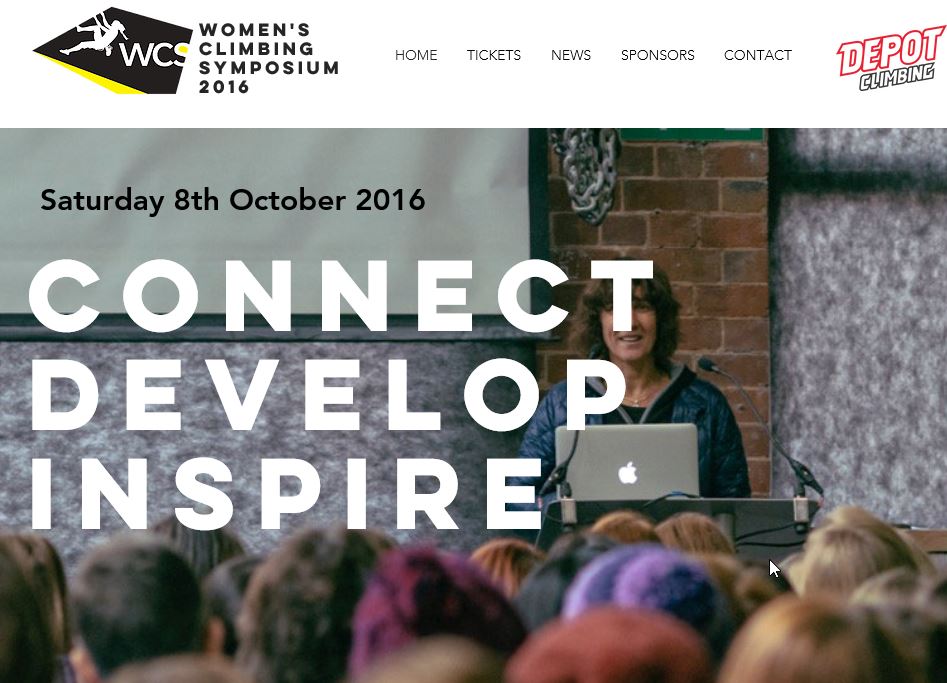 Lisa Rands is well-known for her hard-edged ascents which include gritstone where she made the first female ascent of End of the Affair (E8 6c) on Curbar in 2004. Lisa will be joined on stage with two other headline speakers at the event. Previous WCS’s have featured international stars like Catherine Destivelle as well as UK climbers like Mina Leslie-Wujastyk.

The 2016 event, the sixth, retains the central theme which is ‘to connect, inspire and develop womens’ climbing’. The 2016 Symposium is scheduled to be held at The Depot, Manchester on October 8th. The larger venue will enable more women to attend and it is hoped that over 400 women will get along to take part. As well as the headline speakers, there will be a number of focus talks and workshops as well.

There are two ticket options; a full ticket (£65) and a ‘talks only’ ticket (£45). For more details and to buy a ticket, click through here.

To listen to Shauna talking to Lisa about headlining at the WCS click through here.