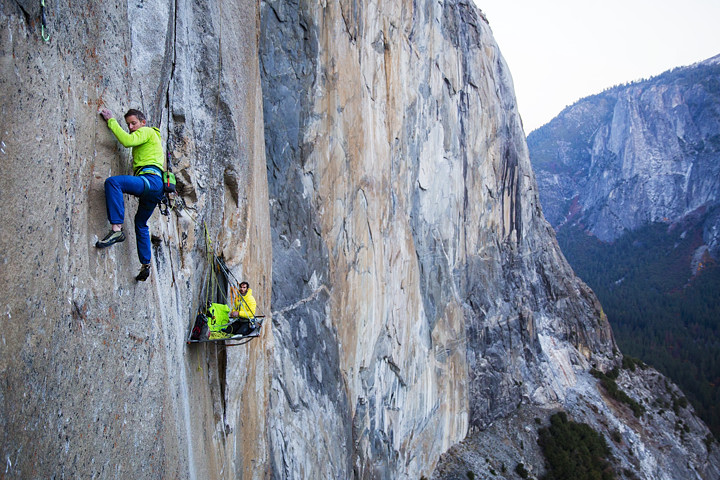 Tommy Caldwell, co-conqueer of Dawn Wall with Kevin Jorgeson, is coming to the Kendal Mountain Film Festval - the Film Festival in the UK. Photo Jeff Johnson

The Kendal Mountain Film Festival is rapidly approaching and the organisors have released some big-name stars which have now committed.

Held every November, the Kendal Mountain Film Festival arguably the main social event for outdoor enthusiasts in the UK. This year’s event will feature hundreds of film screenings including high-profile premieres, plus loads of speakers and special guests which includes some super big-names.

US star Tommy Caldwell - well-known now for his Dawn Wall ascent with Kevin Jorgeson as as well as his ascent of the Fitz Traverse in Patagonia with Alex Honnold - travels to Kendal for a one-off UK appearance. If this doesn’t get the audience on the edge of its seat nothing will

Ben Moon hit the climbing headlines earlier in the summer when he redpointed Rainshadow at Malham Cove, his second route graded 9a. remarkably, his success came just a few days before his 49th birthday and 25 years after climbing Hubble, now recognised as one of the world’s first 9a.

The legendary Kendal Specialist Sessions which span activities from biking to snowsports are in the programme again albeit with two more activities in the mix: the Black Diamond Rock Session and Petzl Alpine Session. The Rock line-up has yet to be announced, but Petzl is bringing French star Nina Caprez along to the Alpine Session with tales from Patagonian and Kyrgyzstani mountains to sport climbing around Europe and the USA.

Adventurers will feature large in the programme with round-Britain swimmer Sean Conway, record-breaking distance runner Nicky Spinks, and more to be announced. Plenty of film action to look forward to as well, with new films featuring Leo Houlding, Matt Helliker, Jon Bracey and Natalie Berry from the UK’s top filmmakers, plus of course the cream of new releases from around the world.

Together with the art exhibitions, literature lectures, the RAB Party plus the Boardman Tasker literary prize, it promises to be another unmissable year.

Dates are 19-22 November with film tickets already on sale, and the main programme will be available late August. Meanwhile, click through here to follow the news as it happens.