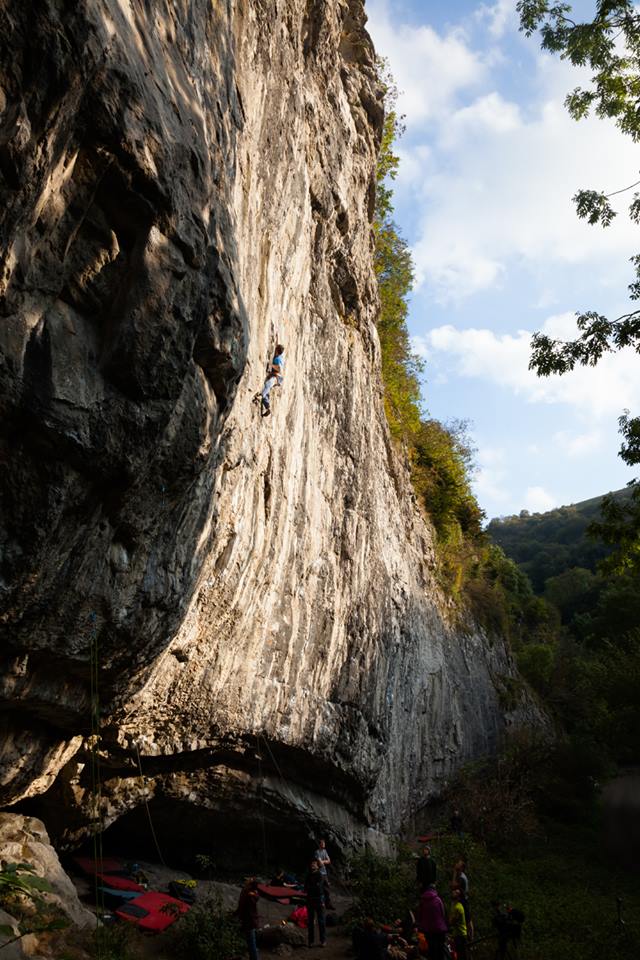 Traditionally, October is a prime redpointing month at the Tor – cooler temps and breezes giving optimal connies. Not so this morning however - when connies were sub-optimal given it was hammering it down!  In fact the weather was so bad that Jim said he was ‘only going up to take his draws out’. However, Jim’s enthusiasm got the better of him as he explains; “I felt good this morning so just gave it a go! I fell at the top on my first go today then did it second go.” 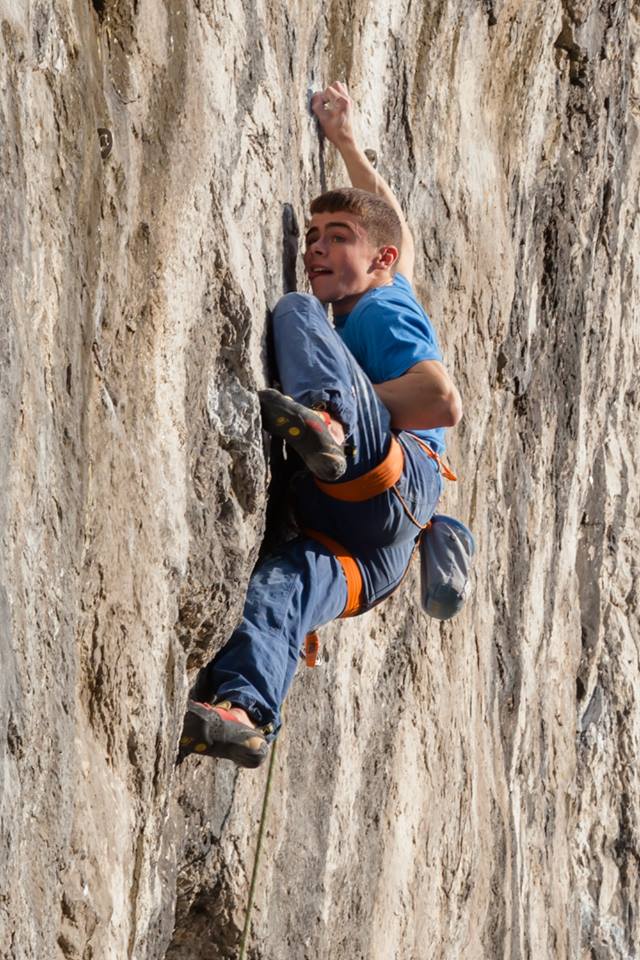 A close -up of Jim boning the super crimps of Kaabah. Photo Paul Diffley of Hot Aches Productions

Originally climbed by Steve as part of the Peak Petzl Rock Trip, Kaabah saw second and third ascents from Paul Smitton and Ryan Pasquill respectively in the decade after Steve’s ascent. It wasn’t until Alex Barrow’s fourth ascent in 2013 that the number of ascents started to flow. Since then Ted Kingsnorth, Pete Whitaker, Ethan Walker and a certain Alex Megos have all added their names to the roll-call. Alex Megos’s ascent was noteworthy on a number of counts. Firstly, his was the first foreign ascent and secondly he did it on his fourth attempt. However, Alex then promptly announced to the world that he found Kaabah harder than Hubble!

As it happens, Jim’s ascent was also on his fourth redpoint! Jim explained to CLIMBER how his ascent panned out; “I had one go to look at the moves a few months ago, then started redpointing yesterday. I had two redpoints yesterday then did it on the second redpoint today so 4th redpoint in total.”

It seems impossible not to draw comparisons between the speed of Jim’s ascent and that of others. Stated simply, Jim’s obviously going pretty well! Kaabah is also Jim’s hardest route to date having climbed Fish Eye (F8c) in January and Mecca Extension (F8c) last year.

Jim clearly won’t be resting on his laurels either. CLIMBER asked him what he has his eyes on next; “Next I think I’ll either keep trying Evolution, Hubble or Rainshadow. But I'm still pretty busy training for the upcoming World Youth Championships in China, not to mention college!”

And speaking of Hubble – watch this space; a certain strong Scottish climber is very, very close…