Jim Pope gets second ascent of Helvetia at Shipwreck Cove

Jim Pope has just tweeted that he’s succeeded on what is thought to be the second ascent of the Ben West’s Helvetia at Shipwreck Cove, Gower, South Wales. 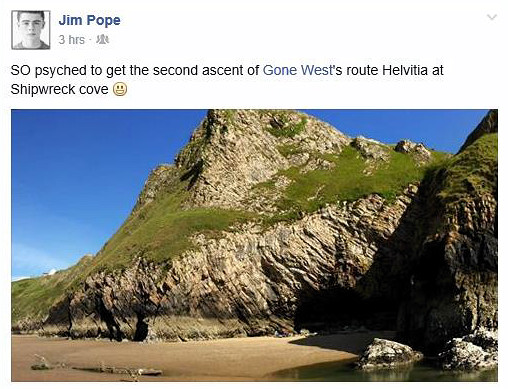 As previously reported - click through here - Ben West climbed Helvetia, the hardest route at Gower, last year. Helvetia was originally graded at F8c but holds are understood to have ‘changed’ and as a consequence the route is now a little easier. Unusually, Helvetia isn’t typically British in style – i.e. it's not short and bouldery – the final headwall after the crux being sustained.