Jim Pope made a rare repeat of Appointment with Death (E9 6c) yesterday at Wimberry; it wasn’t all plain sailing however! 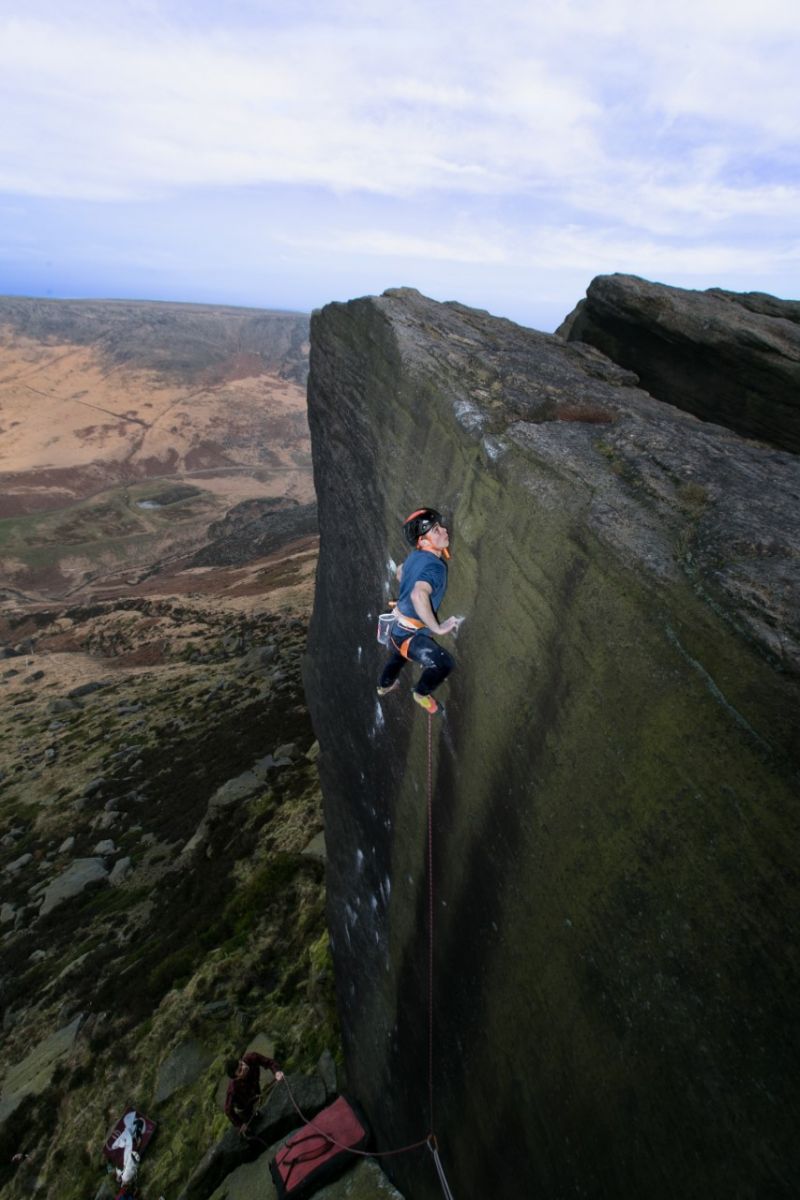 Jim on the final moves of the Appointment with Death (E9 6c). Photo Sam Pratt

Late night Jim posted news – including a short clip of him on the final moves of the run-out - of his success on Appointment. Wimberry has a collection of gnarly gritstone ‘crop-routes’ but –Sam Whittaker’s 2003 Appointment with Death is right up there in Wimberry’s hall of fame. Astonishingly, and whilst far above the gear on the hideous run-out, Jim lost a foot-hold on the final sequence. Like most who will have seen the clip, we’ve watched it again and again in amazement; Jim’s foot flies off, his body starts to fall but then stops almost immediately as his left arm – now his only point of contact with the rock - takes the strain and arrests his fall. However, rather than falling off and taking the ride, Jim clearly engages beast mode and pulls back up (one-armer style) so he can reach the next right-hand hold! Seemingly as calm as a cucumber, Jim rearranges his body then standing on a higher left foothold and then, with the now securely locked off right-hand, chalks up and continues upwards!!

CLIMBER have been in touch with Jim over breakfast. Firstly we congratulated him on a great recovery and composure then asked if – as it appears –it was as scary as hell? ‘Yeah it was pretty scary, I tried as best as I could to brush off all the scrittle and any suspect pebbles, The little pebble I used as a foot was different to the ones I’d previously used and it snapped haha! Feeling glad I did all the fingerboard and conditioning sessions!’

Jim confirmed it was his first time up at Wimberry. ‘Initially I wanted to try MaDMAn or Dangermouse but both were very green and AWD looked the cleanest at the crag.’

Jim explained what the holds like at that point. ‘Where the hold snapped I’m on pretty good holds ; at least compared to the rest! The left hand is a four finger pad and a half crimp, then you’re going into a good right hand crimp, which is panic grabbed for that!’

Watching the video it’s clear just how strong Jim actually is. Having lost his only foothold he engaged his shoulder and the power kicks in. His body drops a little then Jim pull back up again and continues like nothing had happened!

Jim confirmed what was going through his mind at that point; ‘Like I said earlier, the pebble I was stood on snapped while I was chalking up; my left foot wasn’t on anything so when the hold broke I was just hanging on my other arm. I definitely had a little moment for a split second and you can see my jaw drop in the video haha! But thankfully after that there are only two more moves which I did really quickly to get on top - followed by a big scream!’ 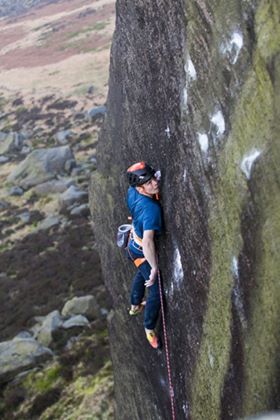 Jim on the initial moves of the Appointment with Death (E9 6c). Photo Sam Pratt

We asked Jim if he could say how hard Appointment was font-grade wise and relative to other hard stuff he’s done on the grit recently like Meshuga? ‘It’s a tough question. It’s so hard to put a grade on routes like these, I think as a sport route it might be somewhere around F7c, but its only on pebbles so it would feel nails if you couldn’t crimp or weight your feet correctly. It’s also a very different climb to Meshuga, you can thug yourself up that one, but not so on Appointment. It’s definitely the most sustained route I’ve done on the grit, it has lots of very droppable moves in a row rather than one really hard one.’

Finally, then is it onwards and upwards to more grit nasties or a bit of a pause for reflection? Jim reflects: ‘I’m really enjoying the grit at the moment, and strangely I think it’s helping with my comp climbing as-well (assuming I don’t not fall off!). The last few weeks I’ve been trying to flash things or try them ground-up, but after trying something a bit closer to my trad limit I think I’ll have a bit of a step-back for a while. It’s getting a bit warm anyway!’

And what about Baron Greenback? Any thoughts on that? ‘Standing underneath it definitely got me psyched to try it, so prominent! It has to be the climb of the crag?’

Click through here to go to Jim’s IG page and watch the video clip!