Jim Pope and Molly Thompson-Smith scooped the top spots in the BIFF 2019 last weekend at The Climbing Works in Sheffield. 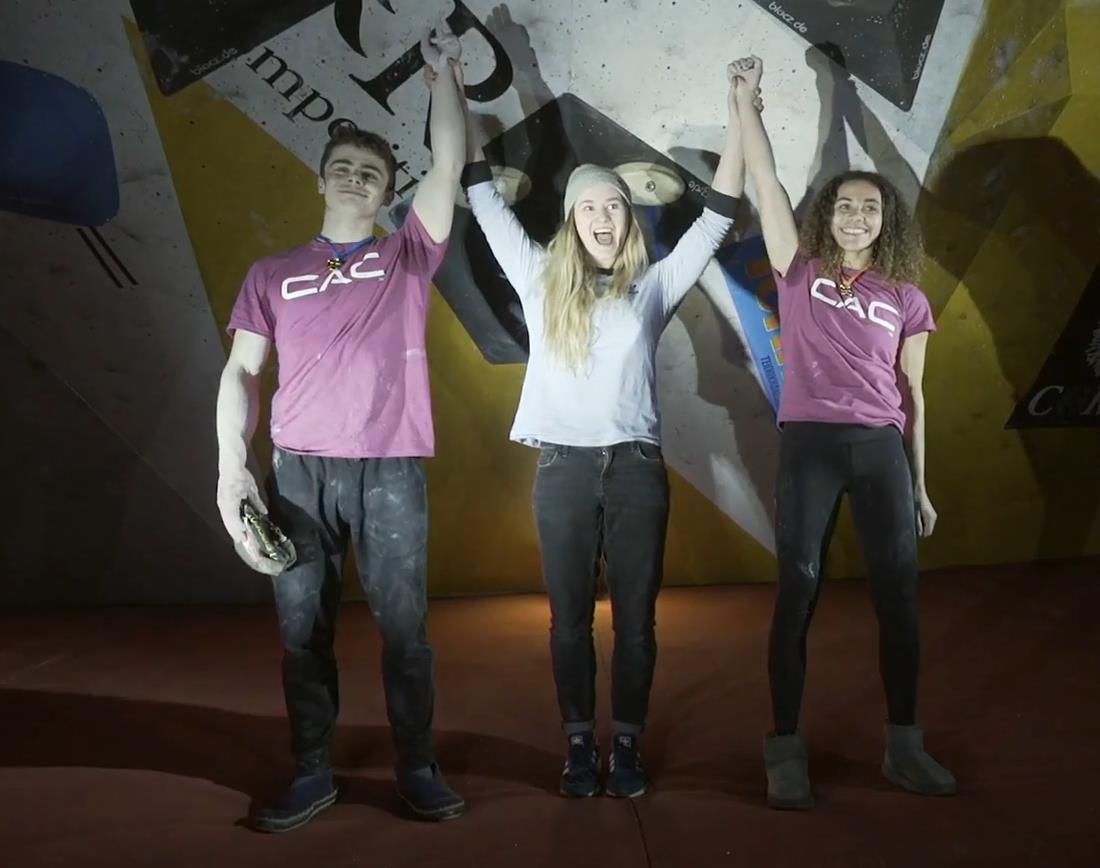 The Beastmaker International Footless Festival, to give the comp its full name, is exactly what the name suggests; a no-holds-barred, fight-to-the-death, footless climbing comp. Following qualification rounds in the autumn at both The Castle and The Climbing Works, all eyes were on The Climbing Works last Saturday for the grand finale. Some of the qualifying contestants rocked-up (pun intended) in costumes as well; Sam Whittaker, one of the directors at The Climbing Works, spend the entire comp dressed in a one-piece cat suit; no, not a slinky high street haute couture jobbie – although that would have been class – but a full-on, its-baking-hot-in-here, animal version! 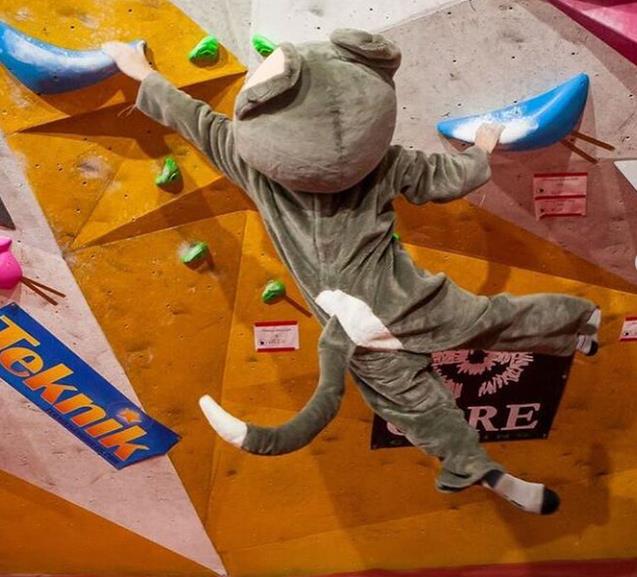 Sam Whittaker purring his way though the blocs

The blocs, set by Ned Feehally, Shauna Coxsey and Gracie Martin, were devised to test the strength, power and endurance of the contestants – in this case for little more than the honour and absolute glory of being the BIFF Champion!

By the evening, the qualifiers - undeterred by the threat of humiliation, to say nothing of injury – and having pitted themselves against an impressive array of climbing and strength tests, had been culled down to just five men; Will Bosi, Billy Ridal, Dave Barrans, Louis Parkinson and Jim Pope and five women; Emily Phillips, Jen Wood, Jo Neame, Molly Thompson-Smith and Melissa Le Neve. Amongst the group Louis Parkinson, Jim Pope and Molly Thompson-Smith were past champs. The Works was packed with 250 spectators all clambering for the best possible vantage point to see whether the experience and strength of the competitors would prove unassailable against the cunning of the setters? Not only that, would we see a return of the Infinity Wheel that had proved so divisive in BIFF 2018?

Off the five male and female competitors starting the grand finale, Melissia Le Neve and Molly Thompson-Smith promptly flashed W1 whilst Jim Pope topped M1; they had thrown their calling cards into the ring in an emphatic manner. W2 was a savage bloc featuring a sideways campus move out to a distance hold. Whilst 16 year old Emily Phillips stuck to the job and finally topped it within her appointed two minutes plus, Molly T-S strolled out and duly flashed it; an ardent display of strength! M2 involved some significantly long and obviously hideously powerful pulls between massive pinches and slopers. The tall, strong figure of Louis Parkinson topped out on his second attempt; surely the diminutive figure of Jim Pope wasn’t going to be able to make those long moves? Well, yes he was; Jim’s second attempt saw him top-out as well! 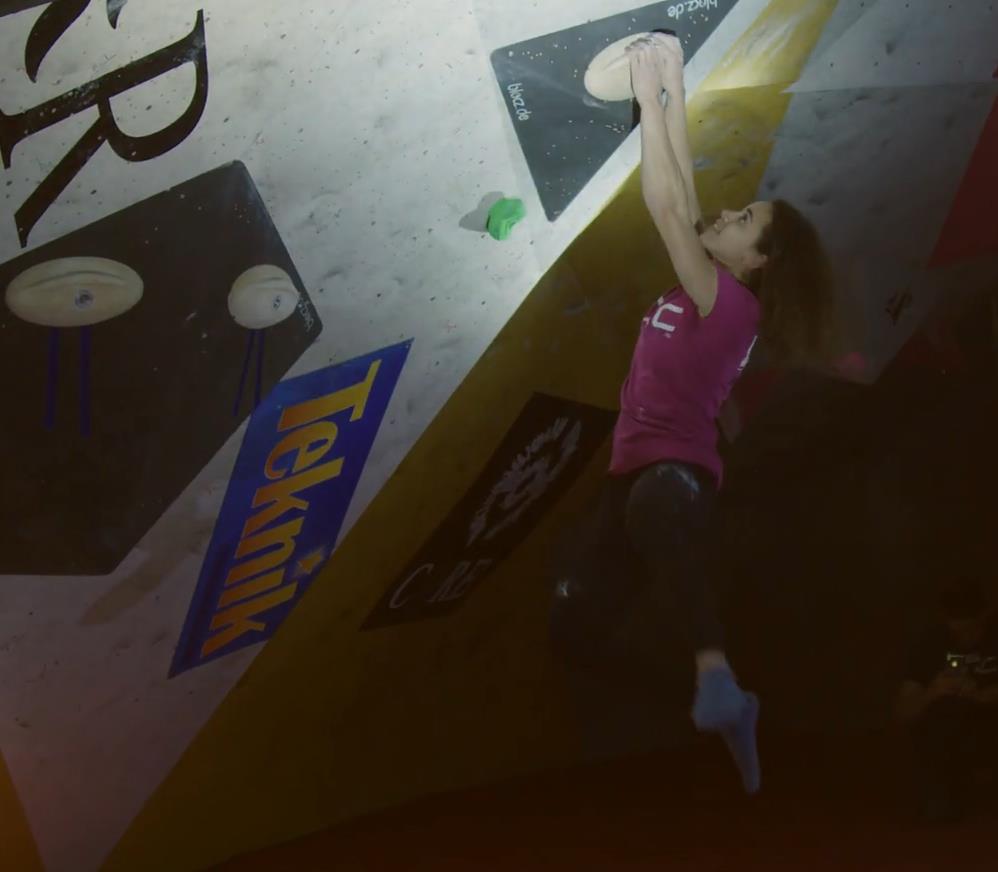 The final and all-import deciding super final bloc, a head-to-head competition for the two remaining men and women, was a campus ladder; contestants had to campus up and so on until one fell leaving the other the valiant winner. The women went first and Emily Phillips soon pulled into a lead. However, Molly T-S stayed in contention and when Emily fell at the start of the second leg Molly pulled another move beyond to take the women’s title. 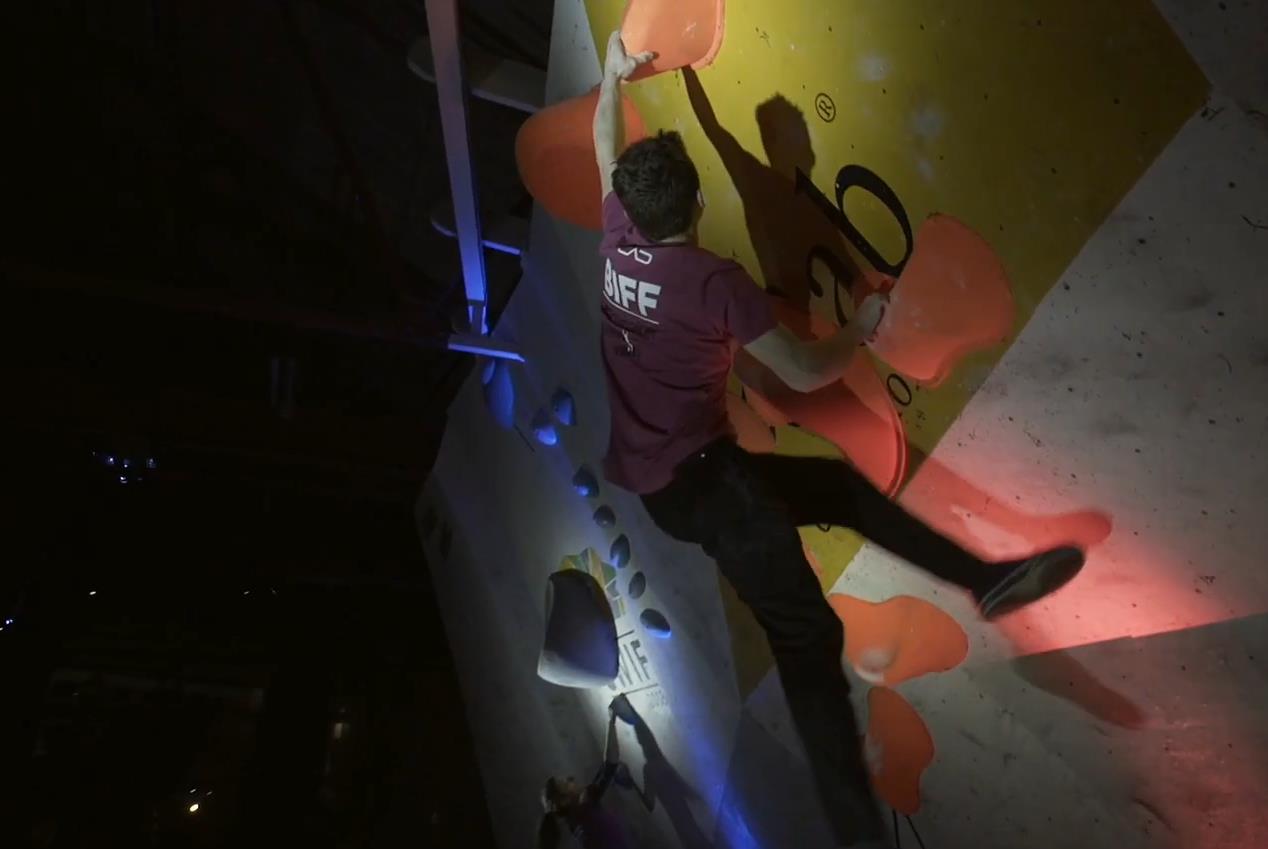 The setters quickly, if not kindly, removed one hold from the ladder and then it was Louis and Jim’s turn. Louis took the lead only to fall at the bottom of the first leg; Jim seemingly went for the match on that hold but slipped off! A draw was declared so Louis and Jim had to go again! Louis powered off again but dropped the final move on the up leg: Jim didn’t. Not for nothing is Jim called the pocket rocket; Jim got the title of Biff 2019, his third win of BIFF in four years with a truly impressive run of strength and power – again!!

Jim was particularly pleased to win BIFF 2019 because it was a return to good old hard problems as he explained to CLIMBER: “I think the most satisfying thing was winning on that style. Previously, I’ve won the comp where the final has been quite niche like the one hand hangs or hamster wheel campus, but this was just hard blocks! So I guess it shows it’s not just strong fingers or endurance, I’m alright at campusing too ha hah!”

Molly was clearly chuffed to be back into BIFF action: “It was nice to be able to participate in the BIFF after sitting on the sidelines watching last year. It was a reminder of how far I've come in the last year and also a good boost for training seeing that my conditioning and strength sessions must be paying off!”

So do Jim and Molly think that this level of strength converts well to ‘real climbing’? Jim first: “I don’t think that level of strength would be a disadvantage but I don’t think its required very often for ‘real climbing’ - having strong fingers and forearms from campusing/hang-boarding helps though for sure.” And Molly: “I think strength is hugely important in climbing. Often you can use technique to work your way up problems, but sometimes you just need pure strength to get up it or to make it a little easier. The stronger you are, the easier some moves feel, and therefore you can do more or harder ones!”

What is interesting is that Jim and Molly are amongst the shorter climbers on the scene and on the starting grid for BIFF; they’re clearly amongst the strongest too!

Watch the grand finale below…