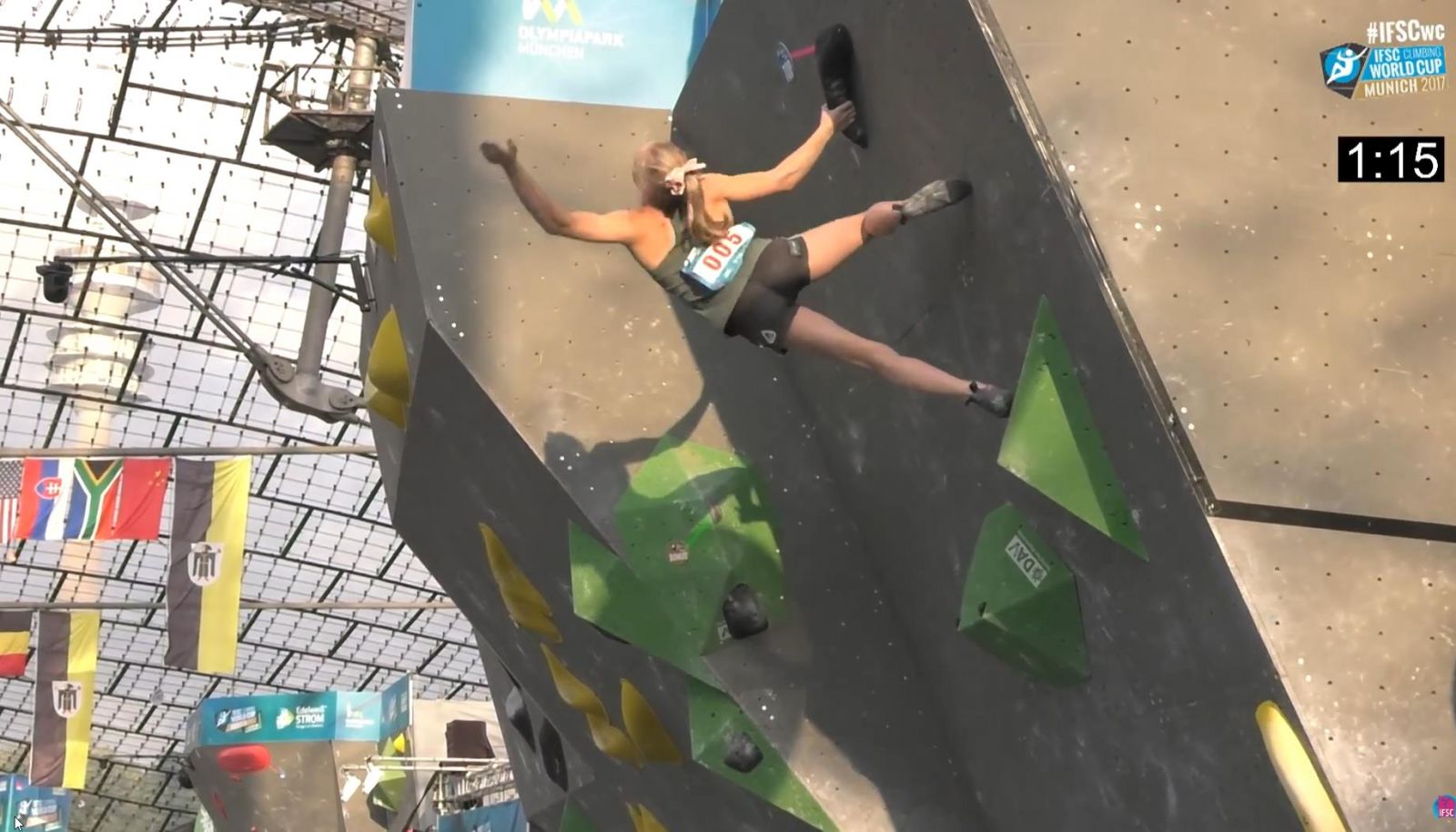 An enormous field of competitors, nearly 300 strong, gathered in Munich for the seventh and final event of the 2017 IFSC World Cup bouldering season over the weekend. Team GB also fielded one of their biggest teams ever – a dozen athletes in total. The event was also the final leg of the European Climbing Championship following the Lead and Speed Championships which were held in Campitello di Fassa, Italy earlier in the summer.

W1, the women’s first bloc of the final, was a veritable banana-fest of yellow sloping volumes. The powerful and dynamic climbing was flashed by both Shauna Coxsey and Akiyo Noguchi. Janja Garnbret also topped the bloc whilst US powerhouse Alex Puccio came within a whisker. The second and third blocs – two super funky-looking blocs with very tricky starts – turned the comp on its head however. Very few of the finalists – Shauna Coxsey included - made much of an impression on them. The athletes were clearly frustrated by these blocs and despite numerous attempts the crowd had very little to cheer about which rather spoilt the atmosphere of the comp. That said, World Games Champion, Stasa Gejo almost got the top on W2. Janja Gambret, however, pulled an absolute show-stopping performance to finish the bloc – rightly igniting the crowd into cheers. Stasa Gejo got her reward on W3 – a super gnarly-looking wall. Hers was the only success on W3; again, the crowd showed their appreciation. 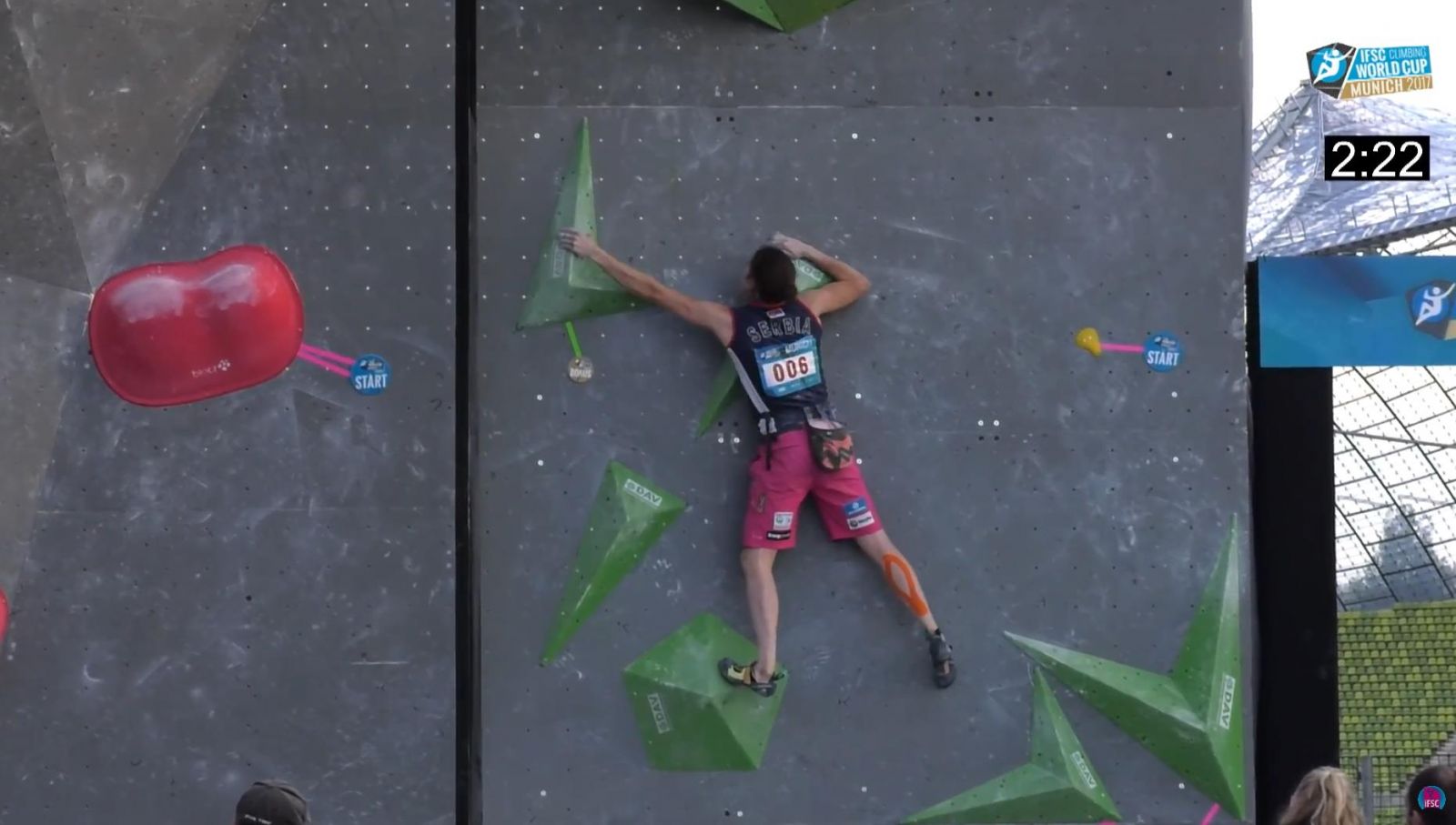 As is often the case, the final result all hung on W4. Shauna had to flash it to stand any change of the gold and much to the crowd’s appreciation that’s exactly what she did; Alex Puccio did likewise. Janja Ganbret had to top as well and although she took several goes her three tops in total give her a well-deserved gold – her third of the WC bouldering season. Shauna’s two tops gave her second place whilst Akiyo Noguchi took third place on the podium with a single top.

Hannah Slaney and Michaela Tracey both made the semi’s finishing in 13th and 15th whilst Leah Crane, Holly Toothill and Molly Thompson-Smith placed 23rd, 80th and 83rd respectively.

The men’s field was looking rammed with big names; Alex Megos and Jan Hojer especially were looking to perform at their best in front of a home crowd. M1 was a powerful bloc and Hojer got his campaign off to an excellent start topping that bloc along with the rest of the finalist. Hojer however, dominated M2 flashing it and hence leaving all the other climbers floundering. M3 saw tops from every finalist so, as in the women’s event, it was all down to the final problem. Although an number of the finalists topped M4 all eyes were on Jan Hojer; pumped by the home crowd Hojer duly completed M4 to take the Gold - the crowd going wild with excitement and delight for Hojer. Tomoa Narasaki and his fellow Japanese teammate, Taisei Ishimatsu, finished second and third respectively. 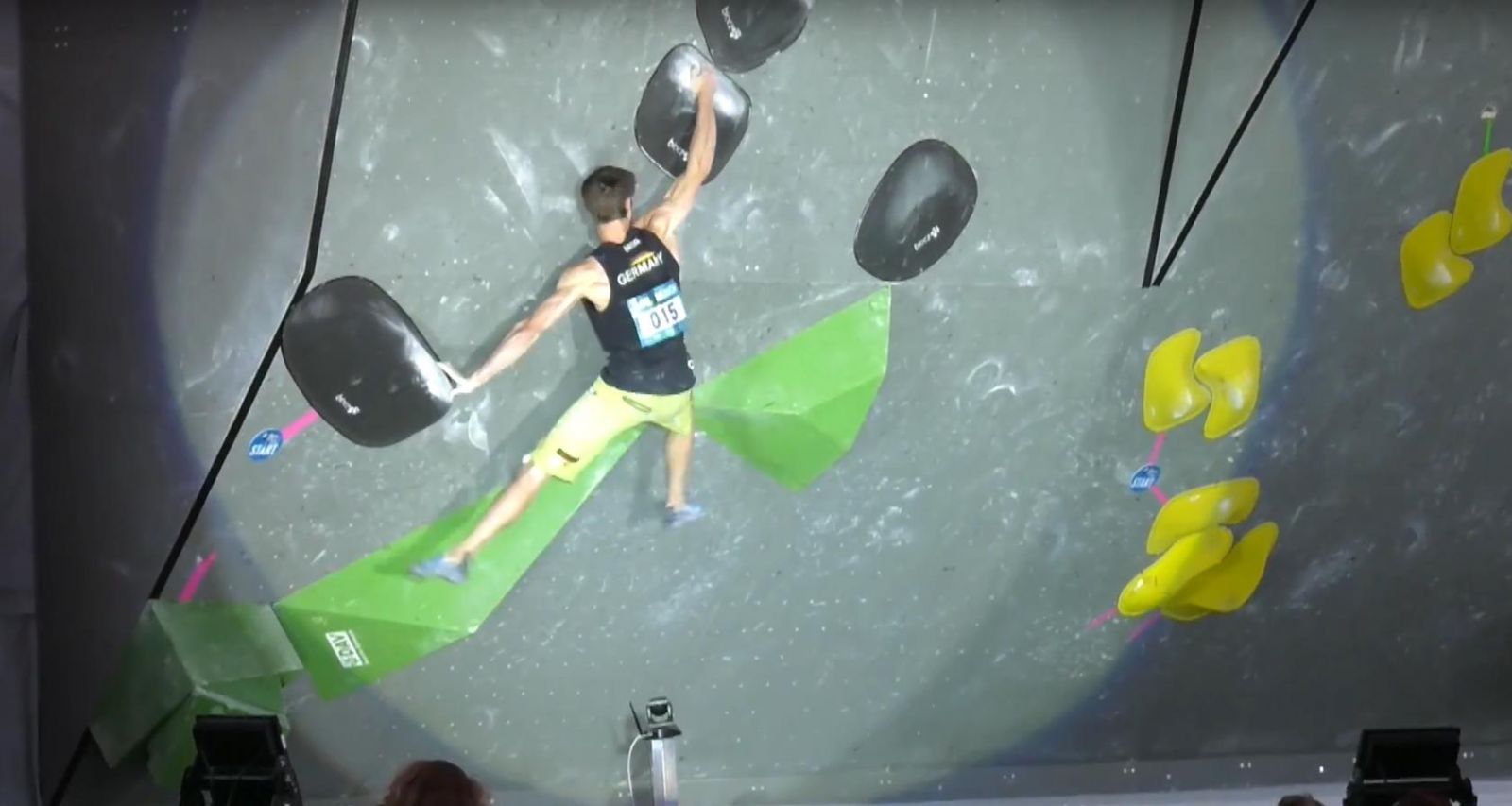 Nathan Phillips was the sole Team GB climber to make the cut into the men’s semi – he finished in joint 18th. Will Bozi was the second placed Brit in joint 25th, Dave Barrans and Billy Ridal were joint 47th, Matt Cousins joint 49th and Jim Pope joint 57th respectively. 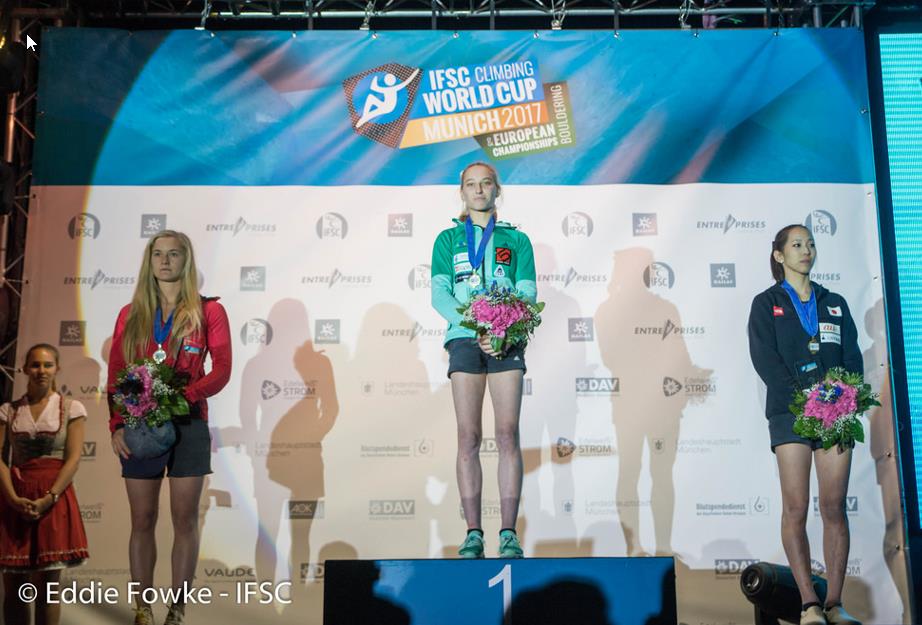 A separate report will be posted covering the overall 2107 IFSC WC Bouldering and the European Championships.