Climbing in the Philippines as part of the SPOT project, James Pearson reports the first ascent of an F8c which is now the hardest sport route in the country.

James Pearson and Caroline Ciavaldini first visited the Philippines in 2014, after which they decided to start the SPOT project – more on which later. Having climbing with Yuji Hirayama in Pembroke last year, James, Caroline and Yuji planned to return to the Philippines with Yuji. Hooking up with some locals, including Miel Pahati, they initially concentrated on the existing routes in the country. James told CLIMBER; “There are a lot of really good routes up to 8a+, and one 8b+ called Jack Sparrow, that Yuji and I both climbed 1st red-point.  After this we turned our attention to bolting and opening new hard routes on 2 new crags.” 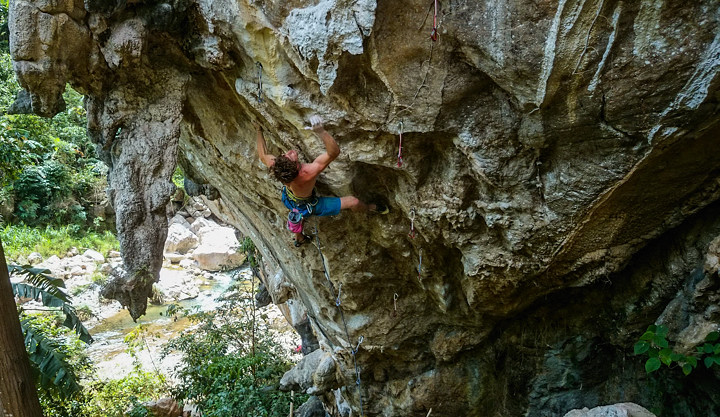 James Pearson on the his new F8c.

One new line in particular caught their imagination – a steep prow. Yuji bolted it and got very close to sending it before his time ran out and had to leave. James again: “It’s a great route, full of complicated sequences and tricks, on perfect, comfortable rock, and was looking like it would be around 8c+.  I took up the challenge after Yuji left, and made the FA after about 4 days of work.  It seemed really hard at first, but like most complicated routes got a little easier each try after I figured out all the subtle details.  When I finally sent it, it felt ‘easy’ so I’d say more like 8c to be safe.”

James is clearly struck by the quality of the climbing there; “I’d love a route like that close to my house, especially considering there is an even harder project that I bolted just on the right that’s really cool!” 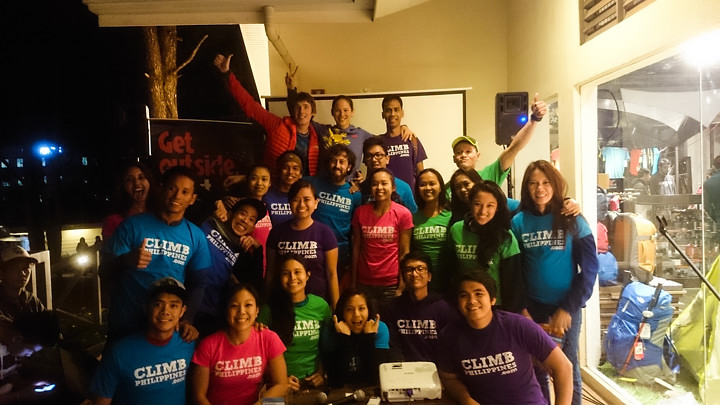 James also told CLIMBER about the SPOT project. SPOT stands for Share, Progress, Open, and Teach and is our way to give something back to climbing and the climbers who have given us so much.  We’ve just come home after our first SPOT project, Cebu Sport climbing Development, and hope that we can continue in the years to come with other projects, not only in the Philippines, but anywhere in the world that might need a little spot!

In terms of the existing climbing James gave us a bit more detail. “One of the cliffs we bolted in Cebu we called Monsterella, and its genuinely world class.  It’s a massive overhanging face, 60m long and 30m high, just dripping in tufas.  There are currently around 10 routes, mostly 8a and above but there is potential for a many more.  We hope that not only will the local climbers be able to push their climbing on the routes and projects we left behind, but that they will also be able to bolt new lines effectively filling in the gaps between existing routes, now that the complicated issues of the access have been sorted. The cliff is less than 1 hour from the city of Cebu and only 5 minutes walk from the closest village.  So far the villagers have been nothing but helpful, and I hope that this positive relationship between climbers and locals can continue.  At the moment you can camp next to the river below the village and the locals can prepare simple food for you whenever you like.  On the last day of our trip we took several of the children, as well as the chief of the village climbing so they have an understanding of what exactly it is the climbers are doing, and may even ask you if they can come to climb! 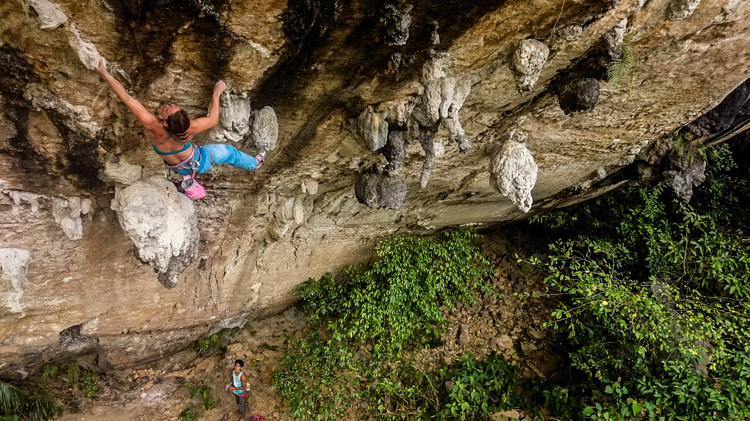 “Conditions were actually quite pleasant, with average daily temperatures resting between 20 and 25 degrees.  There was often a good breeze passing by the cliff, and the cool river that runs next to the base of the cliff can offer respite between climbs should the heat ever prove too much. I’d recommend climbing in the Philippines to anyone who wanted to experience the exotic style of Thailand, without all the crowds.  Actually, in my opinion, the quality of the rock and routes is higher than those of Thailand, and is some of the best climbing I have done in South East Asia.  At the moment there are only a limited number of crags and routes (probably around 500 routes over 20 crags) but over the next few years this is going to grow and grow.  For anyone wanting to climb or develop routes in the Philippines, your best bet is to visit the website www.climbphilippines.com, and contact Miel or Ina who will be able to give you all the info you need.” 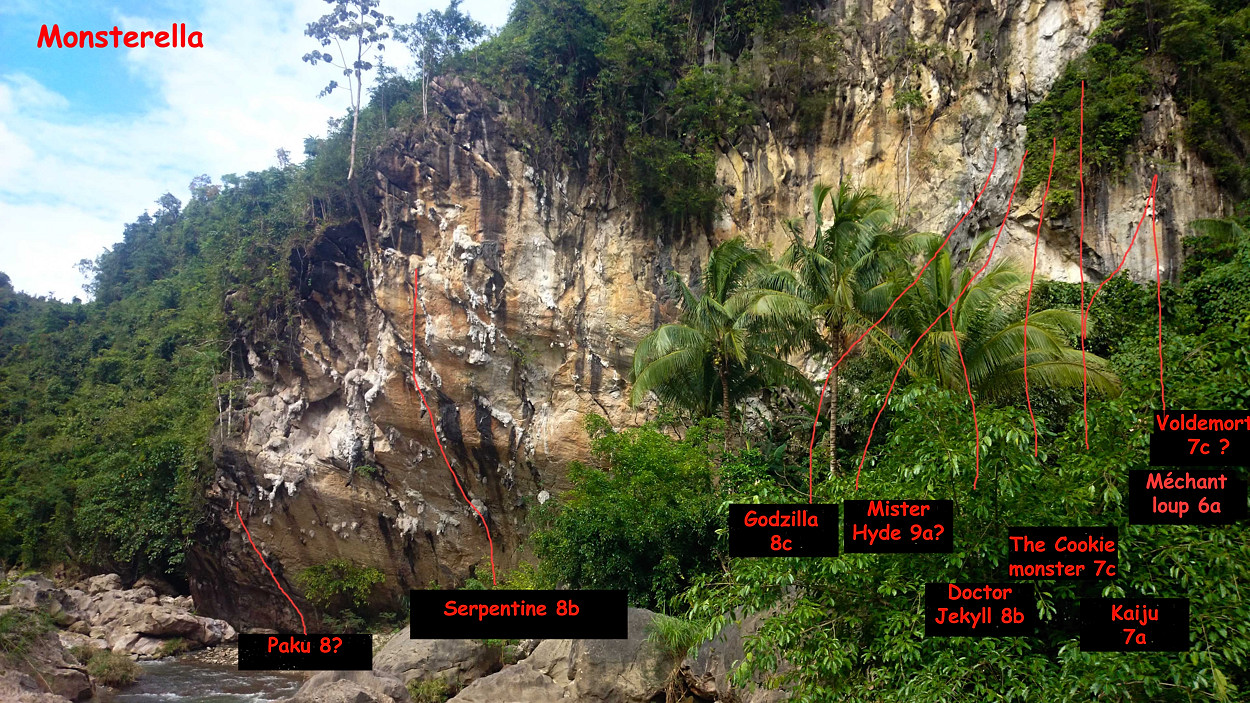 Our thanks to James for the report and the photos.