Insider info on The Perfect Mirage and Freakshow

Dales Limestone seems to be the place to be at the moment with The Perfect Mirage (F8a/+) at Gordale falling to Adam Lincoln following our report last week of Neil Gresham’s new Freakshow (F8c) at Kilnsey.

Earlier in the year we reported that Neil Gresham, having moved back north, was casting his beady eye across Dales Limestone and coming up with a number of projects. Neil's first offering, Straight Jacket (F8a+) at Malham was a direct finish to Straightened F8a. Last week we reported that Neil had just topped out on his second line, Freakshow (F8c), at Kilnsey. Adam Lincoln, ex of the parish, was visiting from his more northern base has hoovered up an interesting direct start to Mirage (F8a), Mick Lovatt’s old route in Gordale.

Keen for the low down on both routes, CLIMBER have been in touch with Neil and Adam for more details on their respective routes. 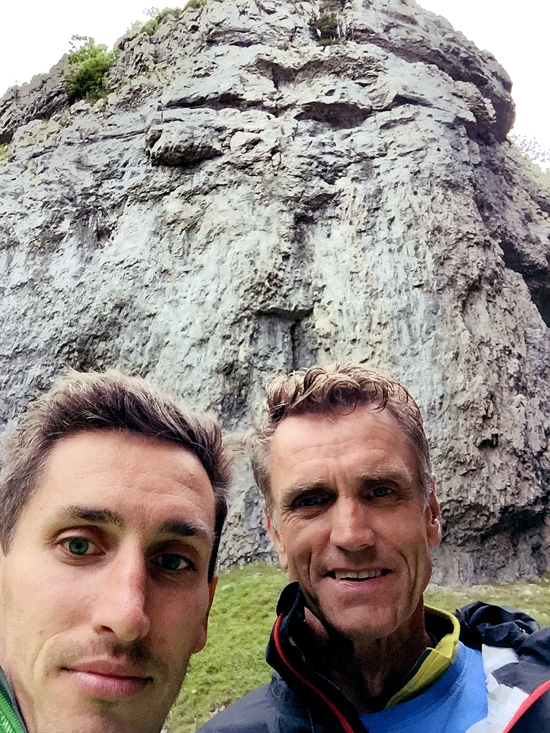 It turns out that Mirage (F8a) has had very few ascents since Mick Lovatt did the first ascent nearly 20 years ago – Alan Cassidy and Dave Birkett are both understood to have done Mirage – both reportedly using an old bolt hole that was never filled in. Also, both did the crux using a similar – and reportedly reachy – method that Mick used on the first ascent. Others tried that method but couldn’t do it and were forced onto a line just to the right which, unfortunately, was beyond the line of the bolts. Sadly, Mirage lay unpopular until Dales’s activitist, Eddie Martinez, bolted a new start with half a dozen new staples coming in from the left; the climbing being significantly harder at about F7b+ than the old start up the E3. As well as bolting the new start Eddie also put a staple in the old bolt hole which meant that method wasn’t possible any more although it did mean that it was possible to protect the line to the right. Adam finally linked the new start into the old finish at the weekend – ironically with Mick Lovatt holding his rope! Adam feels that the new line might be worth F8a+ given it’s a very technical sequence which needs good conditions. Adam named the line The Perfect Mirage (abbreviated to TPM) in deference to Mick’s nick-name, The Perfect Man.

So then, time now to spill the beans re Neil Gresham’s new line at Kilnsey, Freakshow. Starting up the well-established Hardy Annual (F7a), Freakshow then does a hard section involving a crucifix move before getting to a horizontal break which is followed rightwards into a Gaz Parry route, Guns in the Sky (F8b+), and the final crux bulge of Mark Leach’s Mandela (F8a/+). 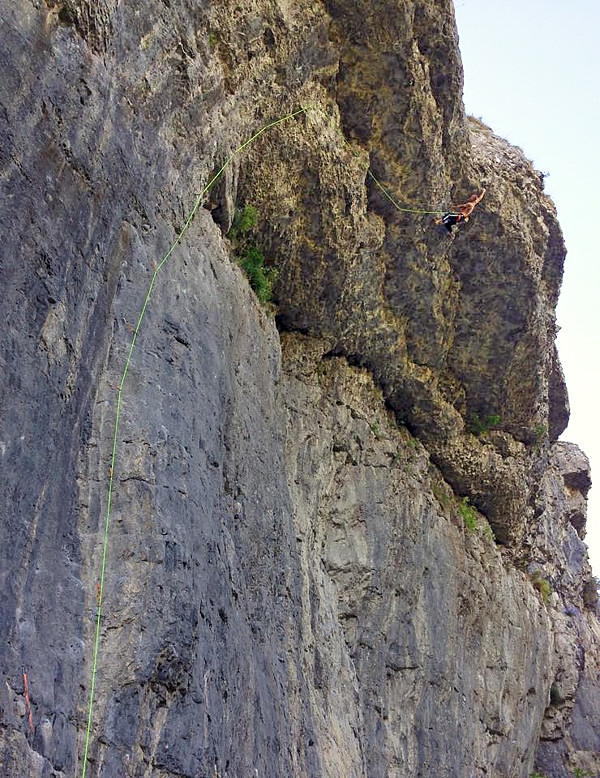 Neil on the final section of Freakshow. Photo Charlie Woodburn/FB

Neil spotted the line last year and spent time cleaning it and then trained superficially for it over the winter – under the watchful eye of none other than Stevie Haston. CLIMBER fired Neil a few questions over to drill into the detail:

Freakshow is your 2nd route in quick succession - you're on a roll.

I’m not too sure about that but thanks! The Malham route was always intended to be a bit of a warm-up for the one at Kilnsey. It took me longer than it should’ve done because I was too keen and jumped on it early in the season when it was still wet. I nailed it as soon as it dried out but Freakshow was a different story, I had to really work for that.

Steep ground up there - Euro-style or boulder?

It’s a bit of both. The first half is kind of stop-start, with an easy lower wall followed by a good rest then a hard crux, but the upper part is just pure Euro-style endurance. It’s uncharacteristic of the UK in the sense that it’s very steep and on good holds; it feels more like the sort of thing you’d find in Spain.

How did the training go with Stevie?

About as well as I could’ve hoped on the grounds that I did the route without him physically destroying me! No seriously, it was just great to have someone watching my back whose advice I could really trust. Having done a bit of coaching myself, I guess I’m fairly picky in this department, but the thing with Stevie is that he’s actually been there so you know he’s speaking from the coalface rather than quoting from a book. He definitely tipped the scales, along with my nutrition coach, Glen Burrows who has literally turned my approach upside down.

Got another project lined up?

I have two in fact and I’m just off to clean one of them now, so no resting on laurels this end.

CLIMBER would like to thank Adam and Neil for the beta on their respective new offerings which, we suspect, will become popular.