The IFSC World Youth Championship ended in Arco over the weekend with the young guns slugging it out in a fiercely contested leading competition. 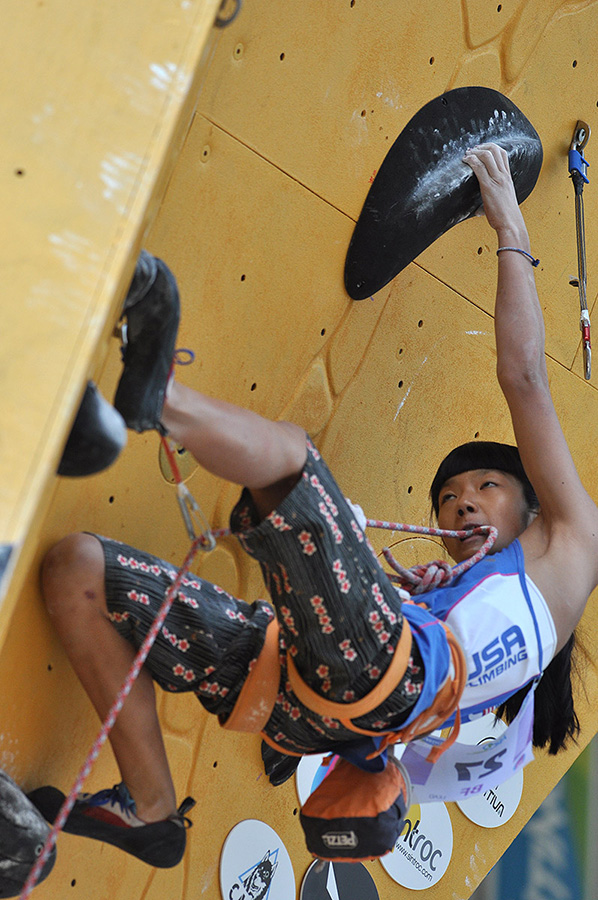 With one gold medal already in the bag, Ashima Shiraishi (USA) was looking for another and hence it was no surprise that she out-classed her opposition and took gold in the Female Youth B comp. Mia Krampl (SLO) won silver and Laura Rogora (ITA) bronze. The GBR climbers Kitty Morrison placed 29th, Isabell Adams 38th and Pippa Watkin 52nd.

Over in the Female Youth A comp, Janja Garnbret (SLO), who had also taken gold in her bouldering event, beat the rest of the field to take gold. Margo Hayes (USA), silver medalist in the bouldering comp, won silver while bronze went to Aika Tajima (JPN). GBR athletes Rebecca Kinghorn and Hannah Slaney placed 24th and 31st respectively.

Perhaps surprisingly the two separate comps were both held on the same route. In the end, both Shiraishi and Garnbret easily topped-out the same route.

The final comp, the Male Juniors was won by Bernhard Rock (AUT) over Jesse Grupper (USA) but since both climbers topped out on the route the result was decided on count-back with Rock taking gold by dint of his better result in the semi’s. Keiichiro Korenaga (JPN) collected third place. The GBR climbers Alex Waterhouse placed 20th and Connor Bryne 28th.

Overall, the final places after the week-long comp were:

Click thru here for the full result from the full competition.