Hannah Slaney and Nathan Phillips are British Bouldering Champions for 2018

Hannah Slaney and Nathan Phillips took the titles at the 2018 British Bouldering Championship held at Cliffhanger over the weekend. As well as an enthralled audience on the Devonshire Green in Sheffield the Championships were stream lived on BBC Sport for the first time ever! 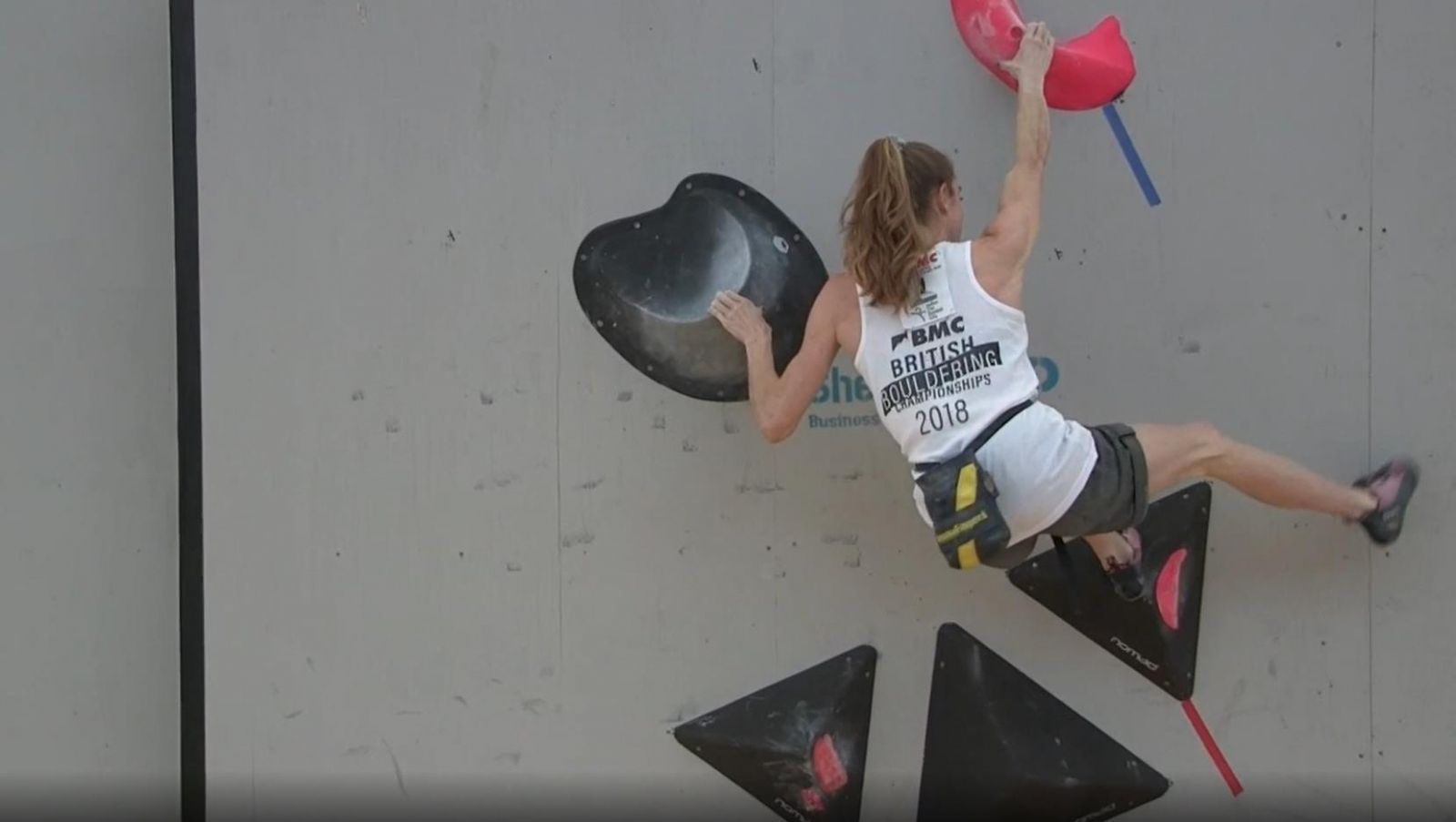 Hannah Slaney flashing W4 to give her a clean sweep and the 2018 title.

Given the absence of the 2017 champions, Leah Crane and Tyler Landman, as well as Shauna Coxsey (rehab) and Will Bosi and Jim Pope (IFSC Lead comps) the field was wide open for others to come in and stake their claim on the titles. Veteran Dave Barrans was looking to add to his past haul of British Bouldering Championship titles and was clearly going to push both past champ Matt Cousin and the on-form Nathan Phillips hard for the men’s title. Likewise, Hannah Slaney and Jennifer Woods were the joint favourites for the women’s title although Natalie Berry was making a return to the comp scene and a number of super strong and very psyched young female competitors were keen for their slice of the action. 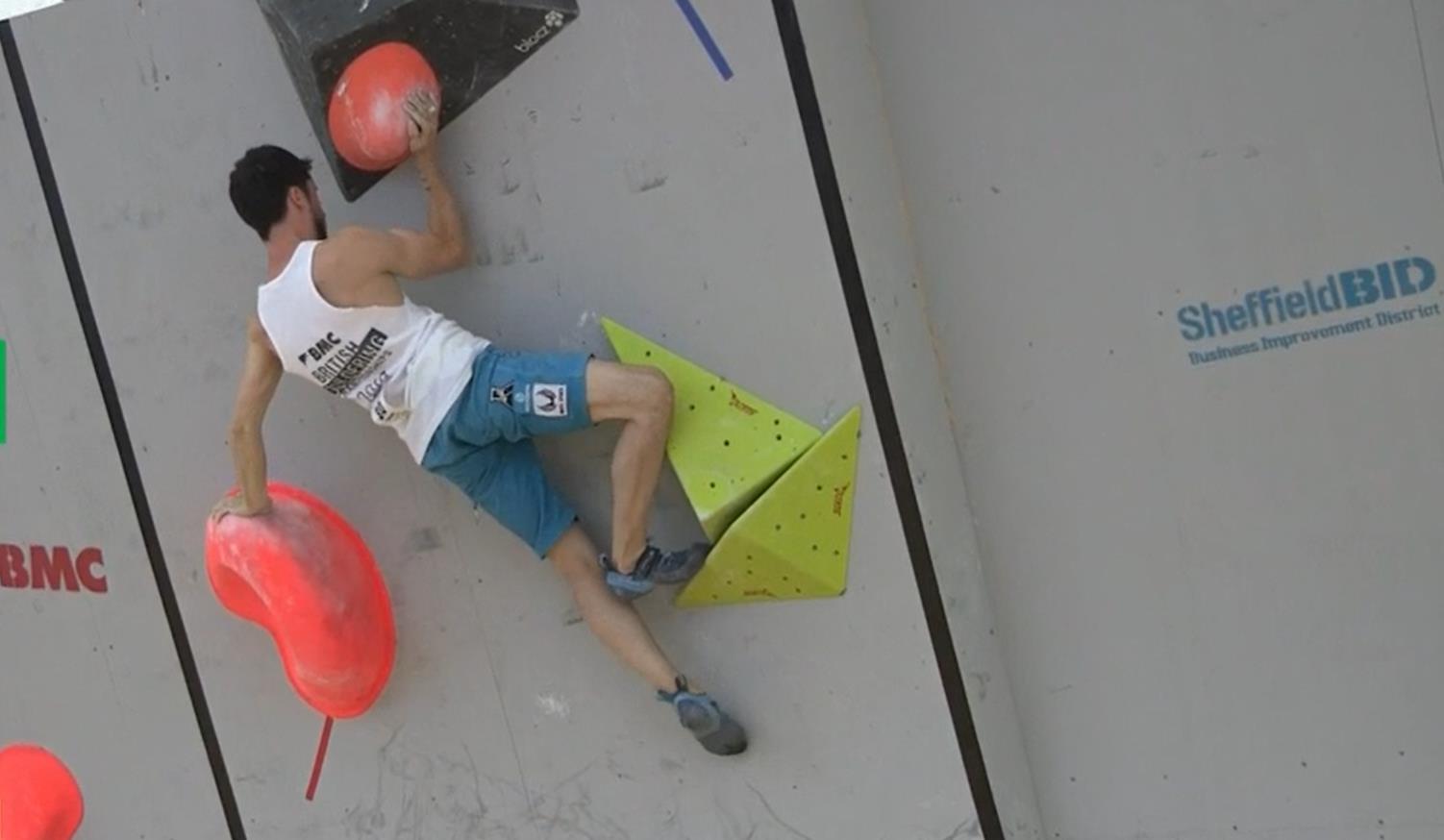 Nathan Phillips battling with M4. Although this was the only bloc he didn’t top his three tops in six attempts was enough for him to take the deserved win and the 2018 title.

The qualification and semi-final rounds were close fought affairs. Nathan Phillips flashed everything in the qualifications and then along with Dave Barrans managed two tops in the semi’s. The women’s qualifications/semi’s saw Hannah Slaney and Jennifer Wood establish dominant positions with Natalie Berry close behind. An especially spirited performance from both Hannah Smith and Ettie Warren saw them take line up with the others for the finals.

The women’s finals were especially close run contest between Hannah Slaney and Jennifer Woods with Hannah just coming out on top having flashed all the problems; Jennifer having taken two goes to put #W1 to rest. Natalie Berry picked up two flashes but taking a few more goes on two of the other problems cost her a higher place but meant she finished ahead of Hannah Smith. 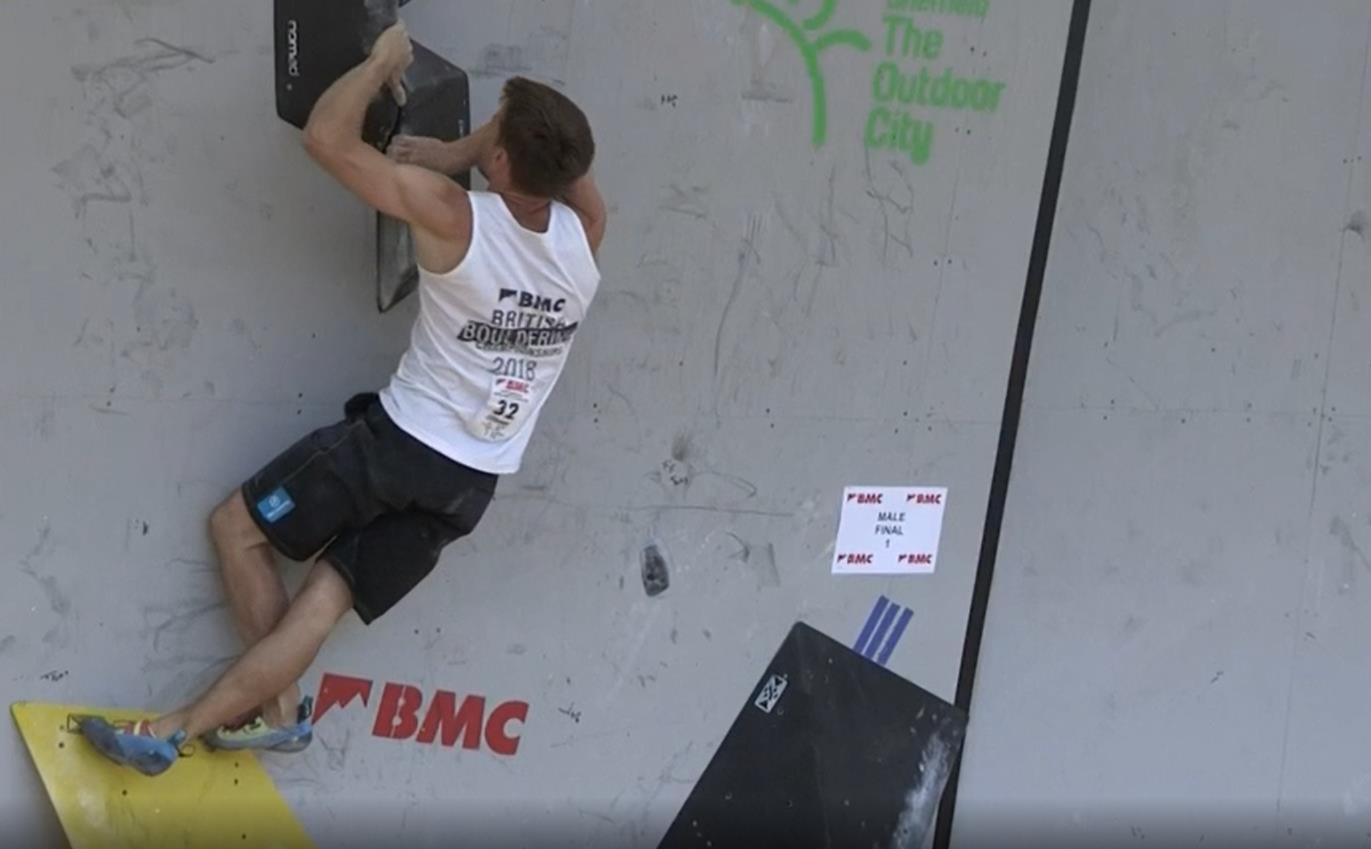 Dave Barrans cranking hard on M1 in his 15th BBC!

The men’s final was a three-way battle royal between Phillips, Cousin and Barrans with the final placings up in the air going into the final bloc. All eyes were on veteran, Dave Barrans, as he started his efforts on the final bloc; a top would have given him the title once again – a remarkable achievement given the #BBC2018 was Barrans’s 15th event! Dave didn’t quite make it however so the title went for the first time to Nathan Phillips. 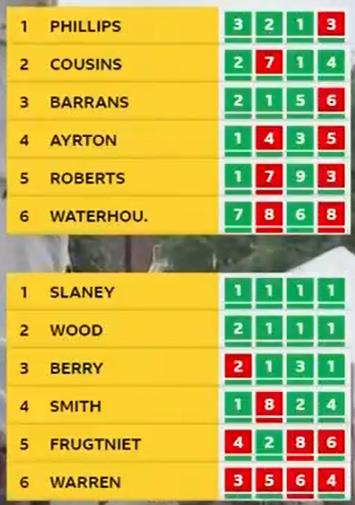